Mahoney joined SEEA two years ago as the organization’s vice president of policy and operations. She was elected to her new role by a unanimous vote of the Southeast Energy Efficiency Alliance board in early March.

Before joining the Alliance, Mahoney served as the City of Atlanta’s director of sustainability for both Mayor Kasim Reed and Mayor Shirley Franklin.

According to a press release announcing her promotion to president of the SEEA, Mahoney’s work has gained the respect of key stakeholder groups nationwide. Under her guidance, SEEA has been able to reach the following milestones: 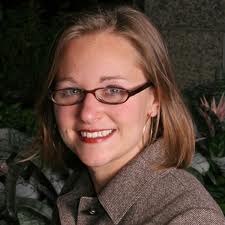 * SEEA’s consortium of local retrofit programs has achieved distinction as the third-most productive of the 40 Better Buildings Neighborhood Program grant recipients across the country.

* SEEA’s policy team has built strong partnerships that led to passage of building codes legislation in Alabama and South Carolina, as well as near last-minute adoption in Mississippi (2013 passage is expected). The team also helped the State of Mississippi craft its first comprehensive statewide energy plan, released last October.

* In 2012, SEEA launched the Utilities of the South Coalition, a forum for utilities and distributors to share energy efficiency best practices and problem solving strategies. Currently, SEEA is also developing a similar Municipal Coalition model.

“I am continually impressed by the expertise, poise, professionalism and collaborative spirit that Mandy infuses into her work,” said Pete Curtice, SEEA board chair who is senior director of client solutions at Opower. “The organization could not be in better hands as it moves into its next chapter.”

In addition to her SEEA roles, Mahoney currently holds numerous board positions, including Georgia Organics, Southeast Climate and Energy Network and the Caretta Environmental Leadership Award. She holds a master’s degree in environmental management from Duke University, as well as a law degree and a bachelor’s degree in biology and environmental studies from Emory University.

Mahoney replaces Michael Mills, who has led the organization over the past two years. Mills launched many new initiatives – from “power hours” to quarterly breakfasts. In addition, many policy and programmatic “wins” were logged under his leadership – from building energy code adoption in states to efficiency upgrades to more than 2,000 homes in the region. Mills left for an opportunity with GolinHarris in the corporate sector but plans to remain engaged with SEEA as a volunteer and as an associate member.

Kateri Callahan, president of the Alliance to Save Energy, the parent organization of SEEA, also welcomed the move.

“Throughout her career, Mandy’s vision, passion and extensive knowledge of the field have built momentum for smart investments in energy efficiency across the Southeast,” Callahan said. “The Alliance to Save Energy looks forward to continuing our partnership with Mandy and the entire SEEA team as they work to catalyze energy efficiency market transformation, sustainable growth and regional economic vitality.”