Manuel’s a work in progress; not fast enough for regulars 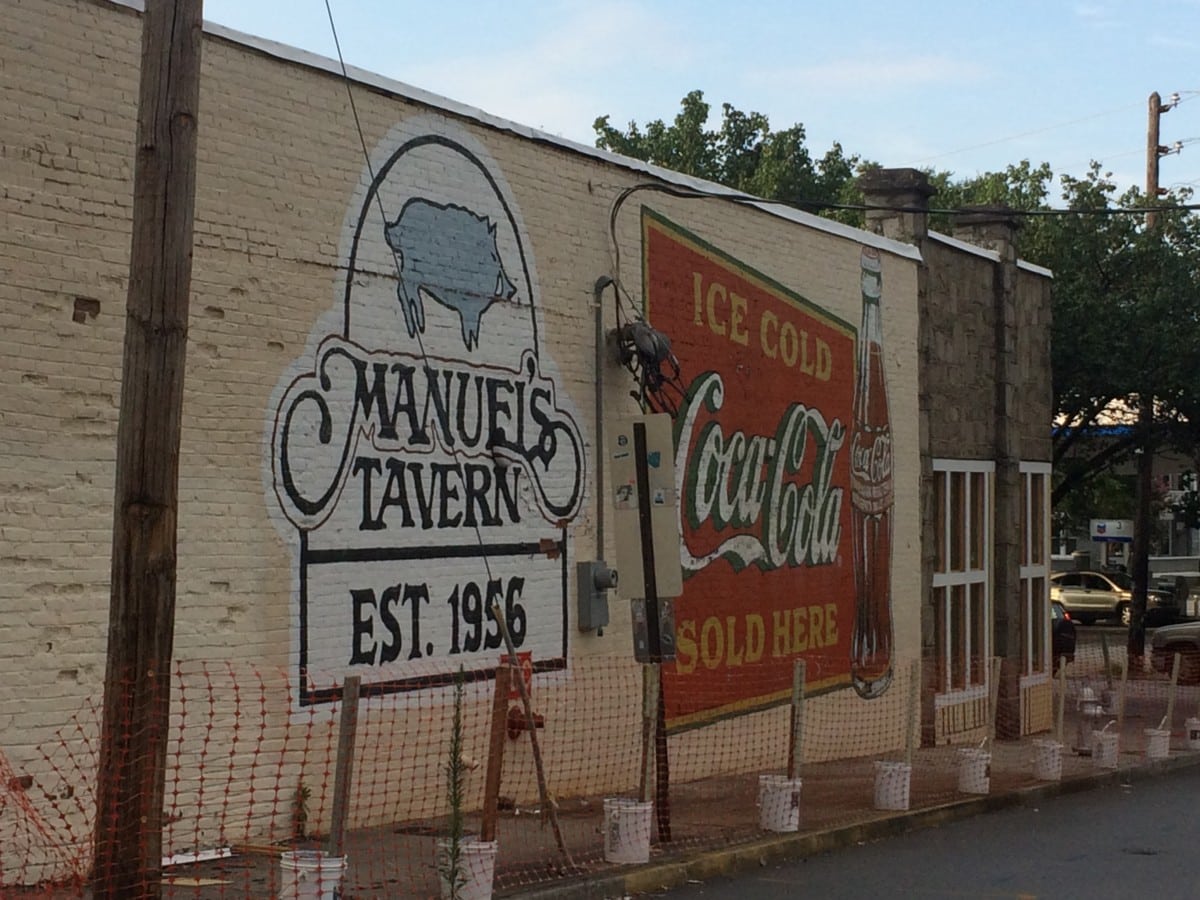 Work is progressing on the renovation of Atlanta’s beloved Manuel’s Tavern.

Angelo Fuster, who handles communications for Manuel’s, invited a group of faithful regulars to check out the construction work underway on renovating the tavern, a favorite hangout for politicos, journalists, citizen activists, bon vivantes, public safety officials as well as lost-and-found souls.

Every effort is being made for Manuel’s to be open in time to celebrate its 60th anniversary on Aug. 6, and Fuster said it is on schedule to reopen by that day. 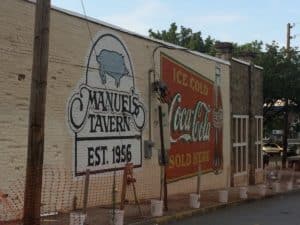 An exterior shot of Manuel’s (Photo by Maria Saporta)

Although the historic establishment will preserve much of the look and feel of the older Tavern, there will be differences.

The large room on the south end of the building has been reconfigured slightly so that the Eagle’s Nest will no longer be up the staircase to a second-floor. All is now on the same level.

The middle room with the well-worn bar and booths is almost identical, except the doorways are larger and the booth on the North Highland side of the building will no longer slope down as it used to.

The biggest change will be on the North Avenue side of the building. Two relatively large spaces are being set aside for yet-to-be named retail establishments. That will cut the lower gathering space in half removing the need for a second bar, and it totally eliminates the back room on the north end of the building.

No longer will there be a grade change from the bar area to that area where groups would meet and special events would take place. The pinball machines will return to the old location. Manuel’s will have a brand new kitchen and upgrading appliances, plumbing and utilities. The chickens laying fresh eggs will return to the roof after being looked after by owner Brian Maloof.

Some windows will be added, but Fuster said Maloof and the crews doing the renovation are taking great lengths to keep the familiar integrity of the establishment intact.

Since Manuel’s closed in late December, regulars have been like gypsies looking for a place to stay. The Albert in Inman Park has become the spot for the GIE (Government in Exile) crowd.

No matter what, Anna Foote said it best in her Facebook post: “Special tour of Manuel’s Tavern With Friends. Good progress. But not fast enough for me.” 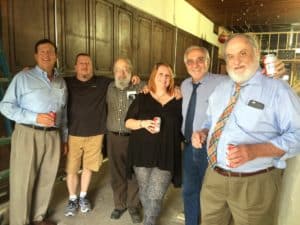 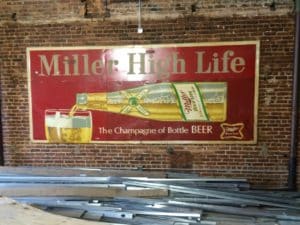 No question – alcohol will be served (Photo by Maria Saporta) 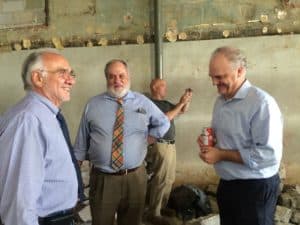 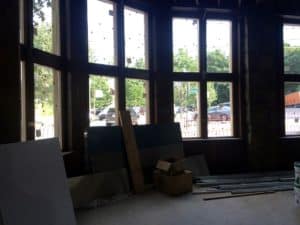 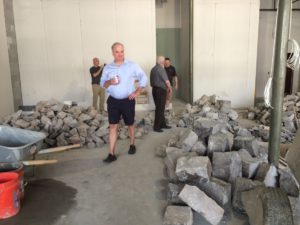 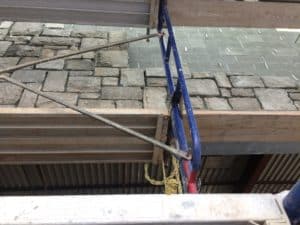 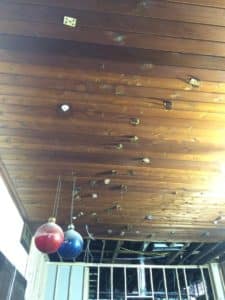 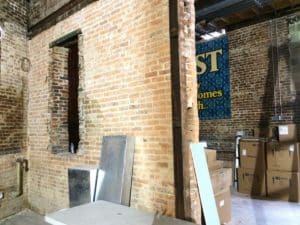 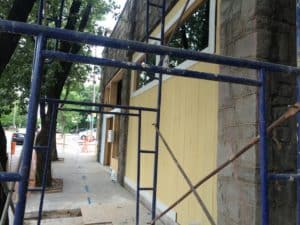