Marci B. Reed will be rejoining Southface beginning May 1 – as the environmental organization’s chief development and communications officer.

In her new capacity, she will oversee the fundraising and communications staff, manage strategic partnerships, direct key management initiatives and serve as a spokesperson for the organization. 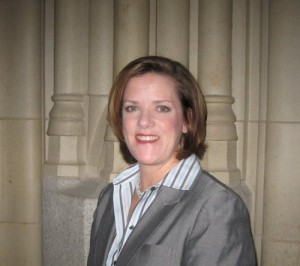 From 2000 to 2006, Reed served as Southface’s first director of development and communications. Most recently Reed has been serving as executive director of the American Institute of Architects, Georgia Association.

“In addition to skills and experience in fundraising and communications, Marci brings to Southface a valuable professional network and a demonstrated knowledge of environmental and policy issues influencing the built environment,” said Dennis Creech, Southface’s co-founder and executive director.

Reed is a certified fundraising executive. She holds a master’s degree in nonprofit management from the Andrew Young School of Policy at Georgia State University.

She also is a graduate of the Institute for Georgia Environmental Leadership (IGEL), a graduate of Leadership Atlanta and an urban fellow in the Center for the Comparative Study of Metropolitan Growth at the GSU College of Law.

“I am thrilled to be returning to Southface at this stage of my career,” Reed said. “I was proud to be a part of its 25th anniversary re-branding. Now, 10 years later, Southface is a more mature and complex organization. It is an honor to have been asked by Dennis and his team to help ensure Southface has essential resources and a strategic vision for years 36 and beyond.”

In her new role, Marci Reed will be joining her husband, Robert Reed, who is Southface’s communities design director. He leads the nonprofit’s urban sustainability practice, which partners with teams nationwide to implement programs that reduce our impact on natural and community systems.

Southface is the Southeast’s nonprofit leader in the promotion of sustainable homes, workplaces and communities through education, research, advocacy and technical assistance.

Previous Article
New facilities, programs, focus on growing number of metro Atlantans who say: “I remember when”
Next Article
A civic dream: Cherokee Nation in Ga. was another kind of “City on a Hill”