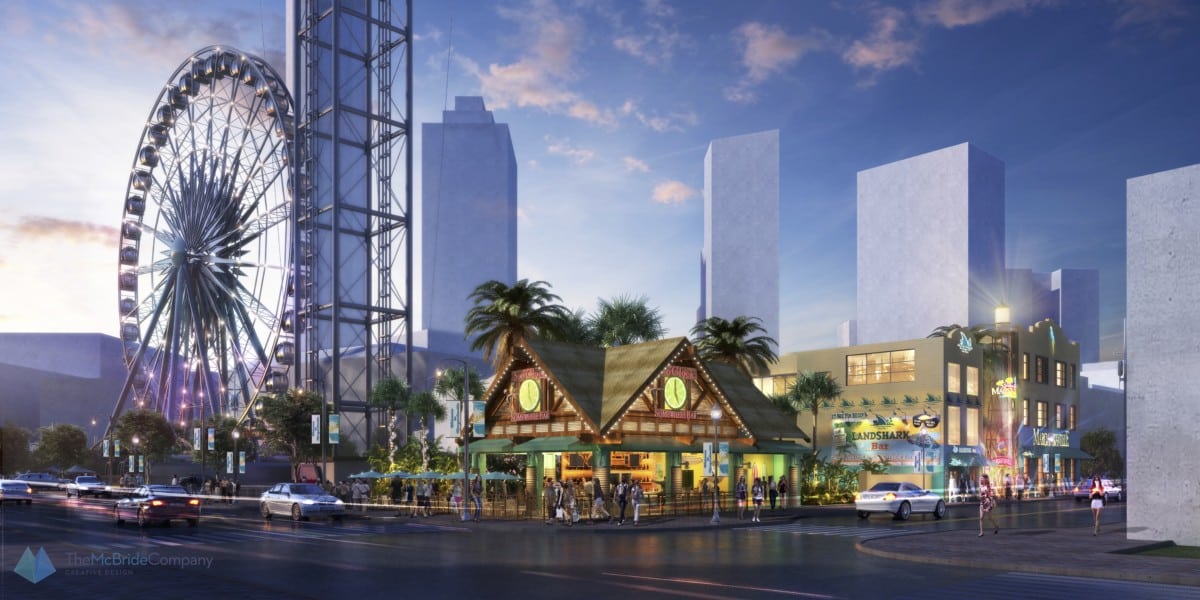 By Doug Sams and Maria Saporta
As published in the Atlanta Business Chronicle on Aug. 19, 2016

Parrot Heads now have a reason to flock downtown.

Known as Margaritaville and featuring things you’d find in Buffett’s lyrics — cheeseburgers, alcohol and escapism — the restaurant could open by next summer.

Its development executives have been working closely with the owners of SkyView Atlanta, which wanted to add another attraction by the 20-story Ferris Wheel. The two projects will be combined into a seamless attraction. 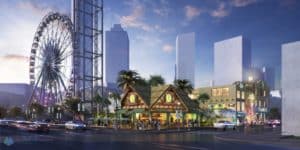 It’s still early in the process, and the restaurant may face challenges.

For instance, its design will need to go before city officials for planning and permitting. It’s uncertain how a restaurant that might feature palm trees would fit into a district known for celebrating the history of the civil rights movement and college football.

“We are just starting our concept,” said Jim Wiseman, president of Margaritaville Development, said of the Atlanta restaurant. “We don’t have the prototype yet.”

Atlanta City Councilman Kwanza Hall said, “They have the permits to get through.”

But, Hall added, “I love it. Even though we have a lot more activity around Centennial Olympic Park, we still need more food and beverage options, and this also brings in another attraction.”

Wiseman described downtown Atlanta as an emerging tourist destination. Buffett’s company, which operates more than two dozen restaurants, along with hotels, resorts, and water parks, wanted to be part of downtown’s growth.

“This is an opportunity for us,” he said. “There’s a lot of energy in the area with Centennial Olympic Park, the new (Falcons) stadium, and the hotel and convention business.”

Wiseman also cited the close relationship with the partners behind Skyview. Both groups worked on a Margaritaville Restaurant in Myrtle Beach, S.C., and both are proposing another Margaritaville restaurant in an undisclosed city.

Todd Schneider, owner of SkyView Atlanta, said the Buffett-inspired restaurant is a “great complement to the (Centennial Olympic Park) district.” 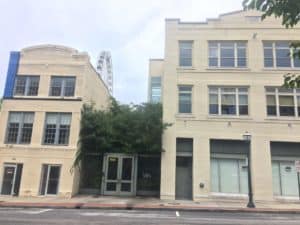 Skyview helped spur the complex deal that’s bringing Margaritaville downtown. For example, it put the two buildings at 135 and 141 Walton Street under contract, then assigned those contracts to Strand Capital, which had provided the funding for a similar Margaritaville concept in Chicago and served as developer of the restaurant in Myrtle Beach, S.C.

Strand Capital will be the developer of the restaurant in Atlanta.

It’s still a bit unclear what the atmosphere of a restaurant will feel like in Atlanta.

In Myrtle Beach, Margaritaville is known for its “Hurricane Warnings,” which appear to portend a coming flood of margaritas. Other Margaritaville restaurants are known for erupting volcanoes and live music.

It’s also possible customers may catch a glimpse or even a performance from Buffett, who is involved in the day-to-day expansion of the Margaritaville brand.

“We try to have some kind of entertainment at each of the locations,” Wiseman said. “We want to ensure people have fun.” 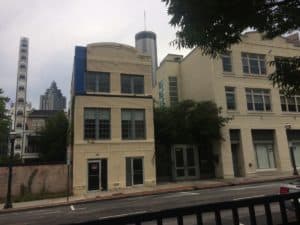 The restaurant would join downtown’s biggest attractions around Centennial Olympic Park, including Skyview, the Tabernacle music venue, and the College Football Hall of Fame.

It would also add to the ongoing transformation of the park, which originally served as focal point for the 1996 Summer Olympics but in recent years has evolved into a magnet for more investment and development.

Earlier this year, officials picked an architect to carry out a $25 million makeover of the 21-acre park, including the creation of a pedestrian gateway stretching from the edge of the downtown hotel corridor to the front steps of the College Football Hall of Fame.

New apartments are also in the works, the most for downtown in years.

“The area is not just for tourists,” Hall said. “We have college students, young professionals, and Baby Boomers, and they all want to be downtown, hang out and socialize.”

Doug Sams is the real estate writer for the Atlanta Business Chronicle.