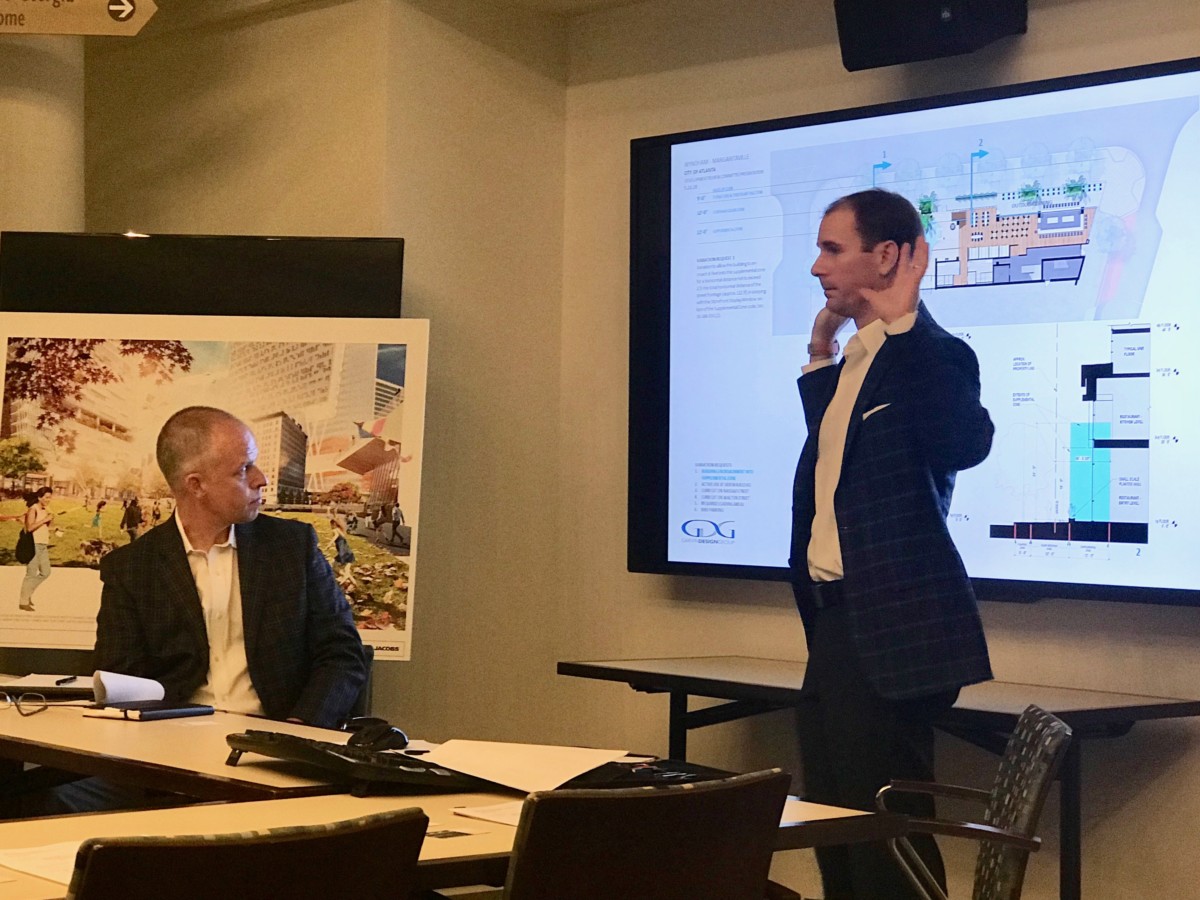 Two historic buildings will be demolished if the proposed development of a 21-story hotel and Margaritaville resort and restaurant overlooking Centennial Olympic Park is approved.

The Downtown Development Review Committee met Thursday morning at the offices of Central Atlanta Progress where architects described why the developer is seeking six zoning variances for the proposed design. 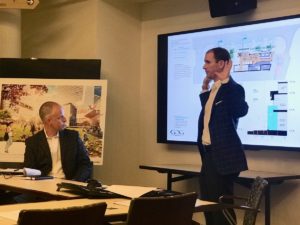 Those variances included encroaching on the wide sidewalk area along Centennial Olympic Park Drive, having mid-block driveways for valet and loading docks and having only 21 parking spaces for bicycles instead of the required 50 bicycle parking spaces.

The DRC discussed the proposed variances in details, making recommendations to reduce the number of loading docks, relocate a generator and seek ways to improve the pedestrian experience around the project.

The architects said they would consider those recommendations, and the DRC would then vote on the project and submit its non-binding decision to the City of Atlanta.

When asked about the plans to demolish two 1920-era buildings –141 Walton and 152 Nassau St. – the architects for the project deflected the question.

“We are not here to speak to that,” said Mark Timbes, a principal with the Garvin Design Group, which has been hired by Strand Capital, the current owner of the property and proposed developer of the site. “We are not in a position to speak to that.”

Originally, the City of Atlanta had sought to give both of those buildings a landmark designation, which would have protected them from being demolished. But the city put those designations on hold.

Then on Nov. 6, the City of Atlanta entered into an agreement with the developer that would allow the demolition of the buildings if the development was worth at least $100 million and at least 10 stories tall.

The current development proposal would meet those criteria. 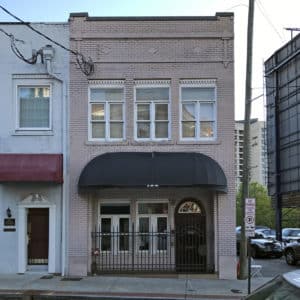 A city representative at the DRC meeting also said he could not talk about the status of the two historic buildings, which were part of Atlanta’s early film history. There were well-known film exchanges on Walton Street during the 1920s and 1040s, which included Fox, MGM, Pathé, United Artists, Universal, and Warner Brothers, according to Kyle Kessler, a member of the DRC who has studied the historical significance of both buildings that would be demolished.

Downtown representatives were unhappy about the looming possibility that the two buildings would be demolished.

“Everybody I’ve talked to wants to keep the buildings,” said Kevin Maher, an architect who represents the Atlanta Downtown Neighborhood Association on the DRC.

Kessler, a downtown resident, also believes the developers are missing an opportunity.

“You would think that in a project like this, these buildings could be major assets to make a music-themed restaurant and hotel even more valuable,” Kessler said.

When asked if they could design the proposed development so that it could incorporate the historic buildings, the architects were non-committal. 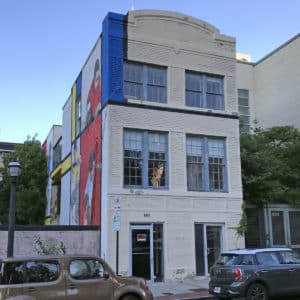 The building at 141 Walton St. NW was one of the two buildings in Fairlie-Poplar that would have been protected by the city and now will likely be demolished (Photo by Kyle Kessler)

“We wanted it to be more a modern, contemporary urban feel,” said David Sickinger, also a principal with the Garvin Design Group.

Timbes added that a reason the two historic buildings would have to go is because the site is so small and the proposed development is trying to maximize the site.

One person who is especially distraught by these turn of events is Taylor Owenby, who leases both of those buildings and has been restoring them to be sound stages – a throwback to their initial uses and a possible tie to the Margaritaville restaurant.

But his offers to buy them for $5 million or even $7 million have been rejected. The owners bought the buildings for $2.25 million a couple of years ago. They told Owenby he could buy them for $15 million, which Owenby said was out of the question.

“I would love it if the buildings could stay,” said Owenby, whose lease on those two buildings will expire at the end of the year. 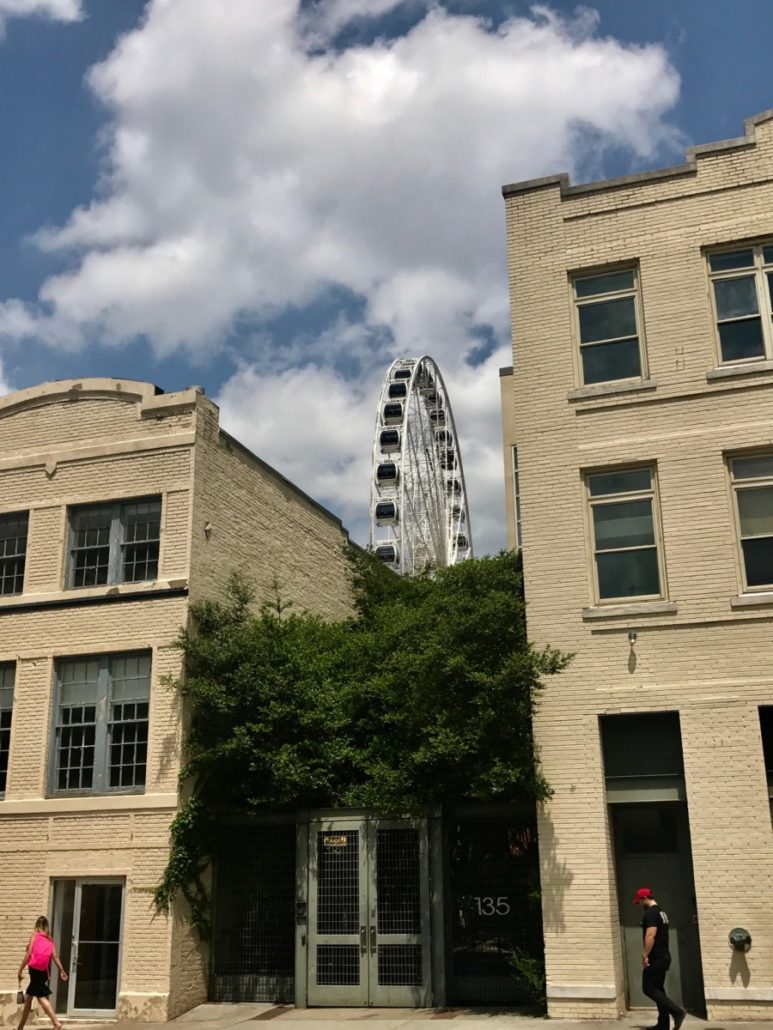