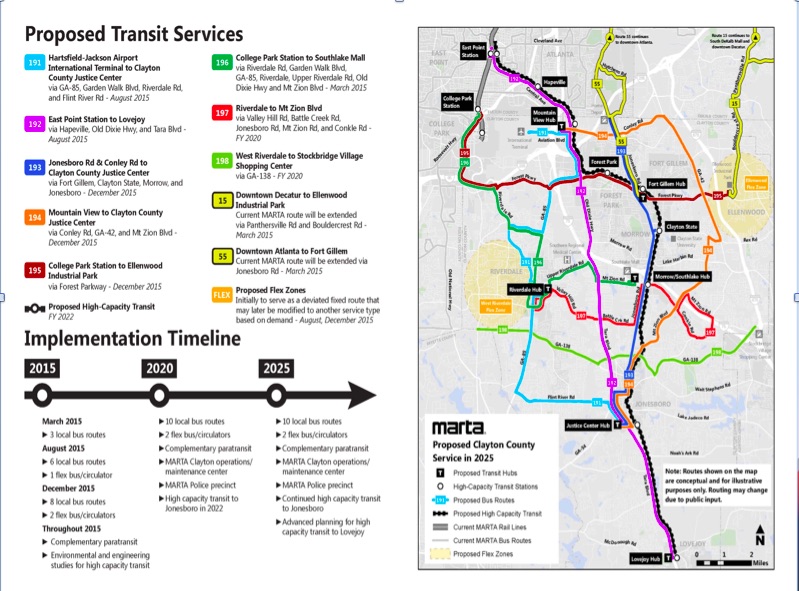 The south side of the Atlanta region will hit a milestone on March 21 when MARTA begins operating three bus routes in Clayton County.

It will have been nearly five years to the day that Clayton County has been living without public transportation. The last C-Tran bus rolled on the county’s streets on March 31, 2010. 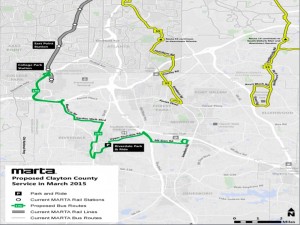 Clayton is the first new county to join MARTA since the initial vote in 1971 when it was passed by the City of Atlanta, Fulton and DeKalb counties.

In Clayton, the MARTA sales tax is expected to generate about $46 million a year. In addition to the bus service, MARTA and Clayton County also are working on plans to bring rail transit to the county in the next five to seven years.

“We believe Clayton will be very successful,” Parker said. “We think that on day one, there will be lots of people using the system.” 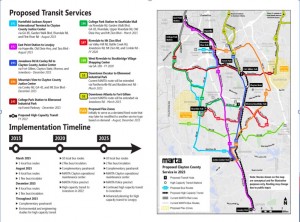 Parker was speaking at the 2015 South Metro Development Outlook Conference, which is organized by the Collaborative Group and its founder Michael Hightower.

It was the 13th annual South Metro outlook, and it was without a doubt, the most successful. The morning sessions were standing-room only as people gathered to hear upbeat news of different developments south of I-20.

Among the featured projects were Airport City and the new Porsche headquarters next to Hartsfield-Jackson Atlanta International Airport; and the several movie, television and entertainment projects that are blossoming on the south side – Pinewood Studios and Senoia that has become the home of the Walking Dead.

For several years, the tone of the Outlook was a wistful one. Why is almost all of the growth in the region happening north of I-20 with a large share occurring in the triangle formed by I-75 North and I-85 North?

Wouldn’t the region be better served if it developed in a more balanced way? Wouldn’t companies find strategic advantages to be located next to the airport. What could the south side do to emerge as an up-and-coming part of the region?

No one seemed to be asking those questions this year. Instead, everyone seemed to be looking around and noticing that the South Metro area was finally being taken seriously. 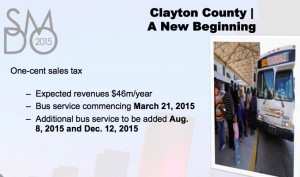 Although exciting projects were presented, Clayton County Commission Chairman Jeff Turner garnered the greatest applause when he talked about the county becoming part of the MARTA system.

“One of the main reasons I ran for office was to bring public transit to Clayton County,” Turner said. “It was that important.”

One of the more emotional moments of the day was when Turner and Hightower invited Roberta Abdul-Salaam, a former state legislator who was instrumental in forming Friends of Clayton Transit, to the stage. For nearly five years, she has worked tirelessly to bring back transit to the county.

After the victory, Abdul-Salaam was named as one of Clayton’s two representatives to MARTA’s board.