Just one day after MARTA’s new general manager, Keith Parker, came on board, there was a major shake up in the top ranks of the organization.

A memo was sent Dec. 11 to all MARTA employees announcing that Parker had accepted the resignations of Dwight Ferrell, MARTA’s deputy general manager; and Theodore Basta, chief of business support services. Their resignations were effective immediately. 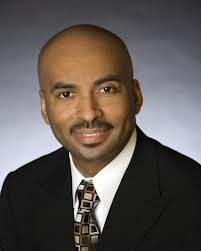 The memo stated that their resignations were due to a “planned restructuring of the Authority’s organizational structure.”

Parker is conducting a “comprehensive review of MARTA’s overall operations and administration in order to effectively re-position the Authority for fiscal sustainability and future growth.”

The real story, however, is that Ferrell was a candidate for the MARTA general manager job, but he did not make the short-list. That was despite an attempt by State Rep. Mike Jacobs (R-DeKalb), chair of the legislative MARTA Oversight Committee (MARTOC), to urge the MARTA board to hire Ferrell.

It is not unusual for there to be some turnover within an organization when one of the inside contenders did not get the job.

The situation with Ferrell was even more sensitive. Parker is succeeding Beverly Scott, who served five years as MARTA’s general manager. Both Scott and Ferrell were the two finalists to become head of Boston’s MBTA transit system, one of the largest agencies in the country. Scott beat out Ferrell, and she is beginning her new post Dec. 17.

It is no secret that there was a dysfunctional relationship in the management ranks at MARTA with two different camps — one behind Scott and the other behind Ferrell. Now that Ferrell is no longer with the agency, it is expected that Parker will be able to build his own team.

MARTA spokesman Lyle Harris wrote in an email Sunday: “We will be making no additional comments on this personnel matter.”

In the memo to employees, Parker went on to express “appreciation” for the service that Ferrell and Basta had given to MARTA, and he “wished them the best in their future endeavors.”