Sometimes, it’s more important for a MARTA driver to give late riders a chance to board than it is to speed off to stay on schedule. That’s what MARTA needs to do now. Instead of rushing to select a new CEO, board chairman Frederick Daniels needs to slow down to give a larger group of qualified candidates the opportunity to get on board.

MARTA spent very little time trying to attract top notch executives to manage the ninth largest transit authority in the country. Instead, the board quickly assembled a short list of candidates and ran with it.

Now the board is ready to vote on two people who have impressive credentials, but they currently lead transit systems less than half the size of MARTA, with half as many daily riders, employees, and smaller budgets. 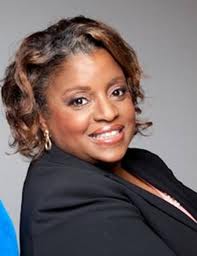 Neither Steve Bland, CEO of the Port Authority of Allegheny County in Pittsburgh, nor Keith Parker from VIA Metropolitan Transit in San Antonio, has any heavy rail experience. So why are they the only candidates who made the cut? Because the Daniels led board is moving too fast, putting MARTA riders, services and the 41-year-old agency at risk.

To say the next MARTA CEO has a tough job ahead would be putting it mildly.

The haste to make a final selection is driven by valid considerations. The State of Georgia is poised to privatize MARTA just as soon as the General Assembly comes to town in January, and MARTA workers will negotiate a new contract next summer. But haste often leads to wasted opportunity.

A recent KPMG audit predicts the authority will have a $114 million financial shortfall by 2016, that’s expected to grow to $248 million by 2021. The authority also needs roughly $7 billion in capital improvements within the next nine years. We need to try innovative funding solutions – Sacramento devotes a portion of its gasoline tax to transit, on the theory that transit lengthens the life of highways by taking cars off the road.

MARTA is the only transit system of its size in the U.S. that does not receive any state funding, yet the state has oversight. MARTA is funded by sales tax dollars from Fulton and DeKalb counties and rider fares. Pitiful as that may be, state law prevents MARTA from having full control over its revenues.

The Atlanta region consistently has had one of the highest unemployment rates during the recession. However, as former President Bill Clinton said at the Democratic National Convention, there are 3 million jobs in America that are unfilled largely because workers don’t have adequate transportation to get to them.

The next MARTA CEO must have the vision and leadership to find solutions to those problems and work with surrounding counties on a regional transportation plan. Without one, metro Atlantans will continue to be addicted to asphalt and our economy, quality of life and environment will continue to suffer. He or she will also have to convince metro Atlantans that a strong, comprehensive transit strategy is in the region’s best economic interest.

I refuse to believe the CEO search has progressed too far to reopen it to additional candidates. Daniels and the rest of the board can look to Jacksonville as an example.

The Jacksonville Transportation Authority board had the guts to shave its short list and ask the search firm it hired to reach out to candidates who had not applied for the job, but who had previously been CEOs at transit agencies of comparable size or larger, to determine if they might be valid finalists as well. Those finalists will be interviewed during a public meeting, not behind closed doors like MARTA has done.

This position is too critical to MARTA’s future to rush to judgment. MARTA must be more diligent in its search to find the best of the best, an executive who is willing to invest the professional capital necessary to make MARTA a sustainable, regional, 21st Century transit authority.

The board should allow as much public input as possible, to help build community consensus and foster trust in the new leader. Without that, Georgia will be on a collision course down the road.