MARTA and Soccer in the Streets, along with the Atlanta United Foundation announce the expansion of StationSoccer to Kensington rail station in DeKalb County. 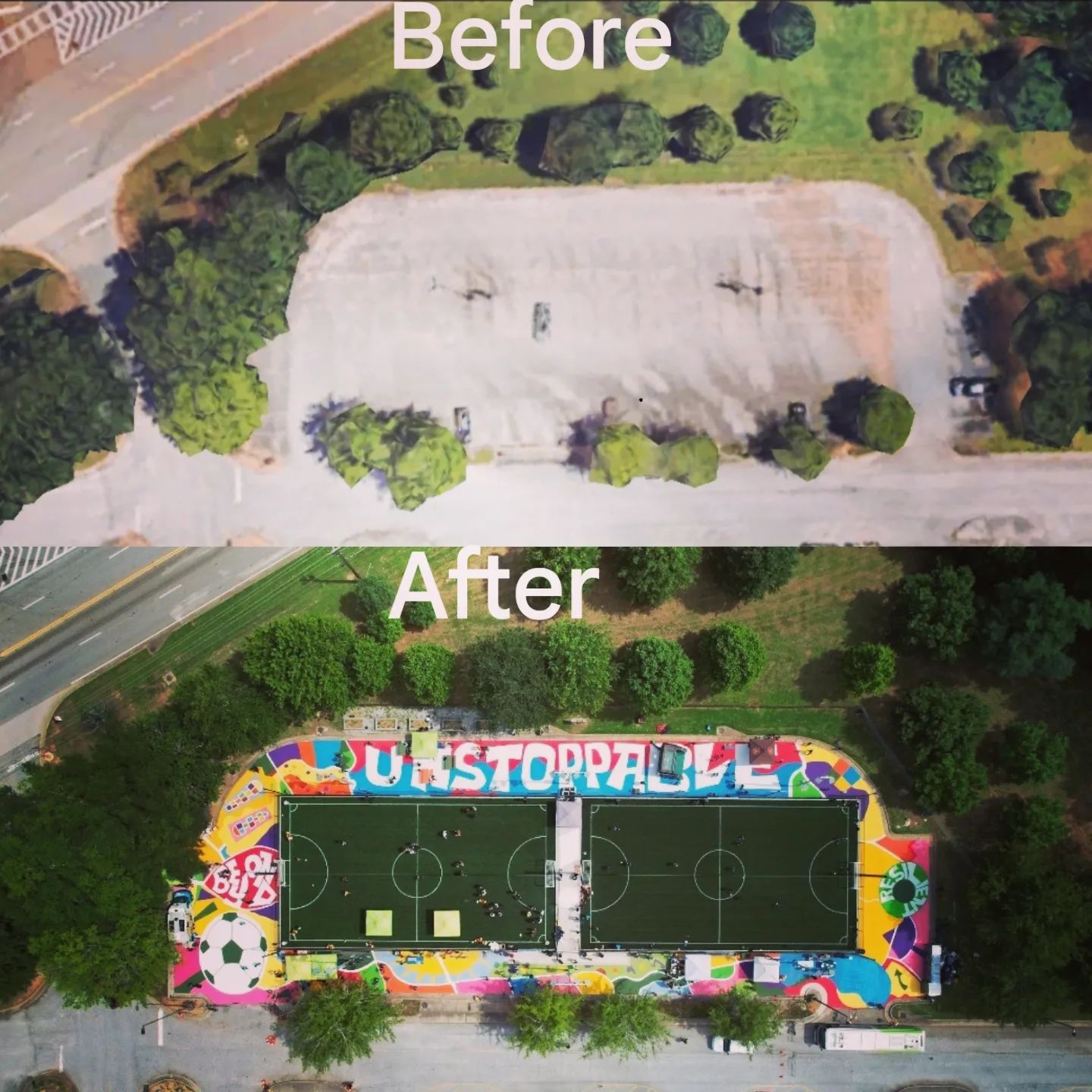 The brainchild of Soccer in the Streets, StationSoccer is a citywide project to create a network of soccer fields connected by MARTA, eventually forming a ten-station league that’s affordable and easily accessible by transit. StationSoccer was launched at Five Points Station in 2016, resulting in the first soccer field in the world built inside a transit station, and has since expanded to West End, East Point, and Lindbergh Center Stations.

“We are excited to partner with Soccer in the Streets, the Atlanta United Foundation, DeKalb County, and others, to bring the popular StationSoccer program to Kensington Station on the East/West Line in DeKalb,” said MARTA Interim General Manager & CEO Collie Greenwood. “MARTA remains a proud, committed partner in developing transit-accessible opportunity and enriching the communities we serve.”

“Soccer in the Streets is excited to open this new location and expand our vision to grow the game across the transit network,” said Brian O’Neill, Chairman of Soccer in the Streets. “As StationSoccer grows, we will continue to provide much needed access to the game of soccer and also provide youth with new ways to thrive both on and off the field.”

StationSoccer – Kensington features two soccer pitches and will house community gardens and showcase a mural by Kevin Bongang, commissioned by MARTA’s public art program Artbound, and painted in partnership with Children’s Healthcare of Atlanta and Art In The Paint. It is the fifth StationSoccer location, with plans for fields at Doraville, East Lake, Bankhead, H.E. Holmes, and Civic Center rail stations, completing the “League of Stations.”

Another of MARTA’s community-focused programs, MARTA Markets, expanded into DeKalb County this year, with fresh food available from 3 p.m. until 7 p.m. at Doraville Station on Fridays and on Thursdays at Kensington Station later this summer.