MARTA Will Offer Key Parcel for “Finding the Flint”

The MARTA Board of Directors Planning and Capital Programs Committee has authorized the sale of a 7.25-acre parcel of land at the headwaters of the Flint River to the City of College Park to create the City’s first nature preserve and outdoor classroom.

The Flint River is Georgia’s second longest river, but often overlooked and forgotten in metro Atlanta as the headwaters of the Flint River have largely been piped and buried to make way for urban development. Dating back to 1909 when Asa Candler used the flat, swampy area to develop a racetrack that subsequently became the site of the municipal airport, which today is known to travelers from all over the world as Hartsfield-Jackson Atlanta International Airport.

“The Conservation Fund and all of the partners and stakeholders of the Finding the Flint coalition are delighted to have MARTA join the effort by collaborating on this critical property at the headwaters of the Flint River and advancing our efforts to raise visibility and interest in protecting and conserving this amazing watershed,” said Stacy Funderburke, The Conservation Fund’s Georgia/Alabama Associate State Director. “We believe that the hidden headwaters of the Flint River can be restored ecologically and transformed into a community amenity.”

College Park Mayor Bianca Motley Broom added, “MARTA’s willingness to allow us to develop this parcel into a lush greenspace is another step toward building the community we deserve. It is a win not only for College Park but for the entire region. We are excited to advance this project closer to fruition.”

“MARTA believes that the mission of Finding the Flint and the mission of MARTA are absolutely complementary,” said MARTA General Manager and CEO Jeffrey Parker. “From reducing flooded streets which can sometimes impact the reliability of our bus service to helping people have additional routes for walking and cycling in the area, MARTA is pleased to be able to contribute in this way.”

The Headwaters Nature Preserve is the northernmost priority project, as illustrated here: 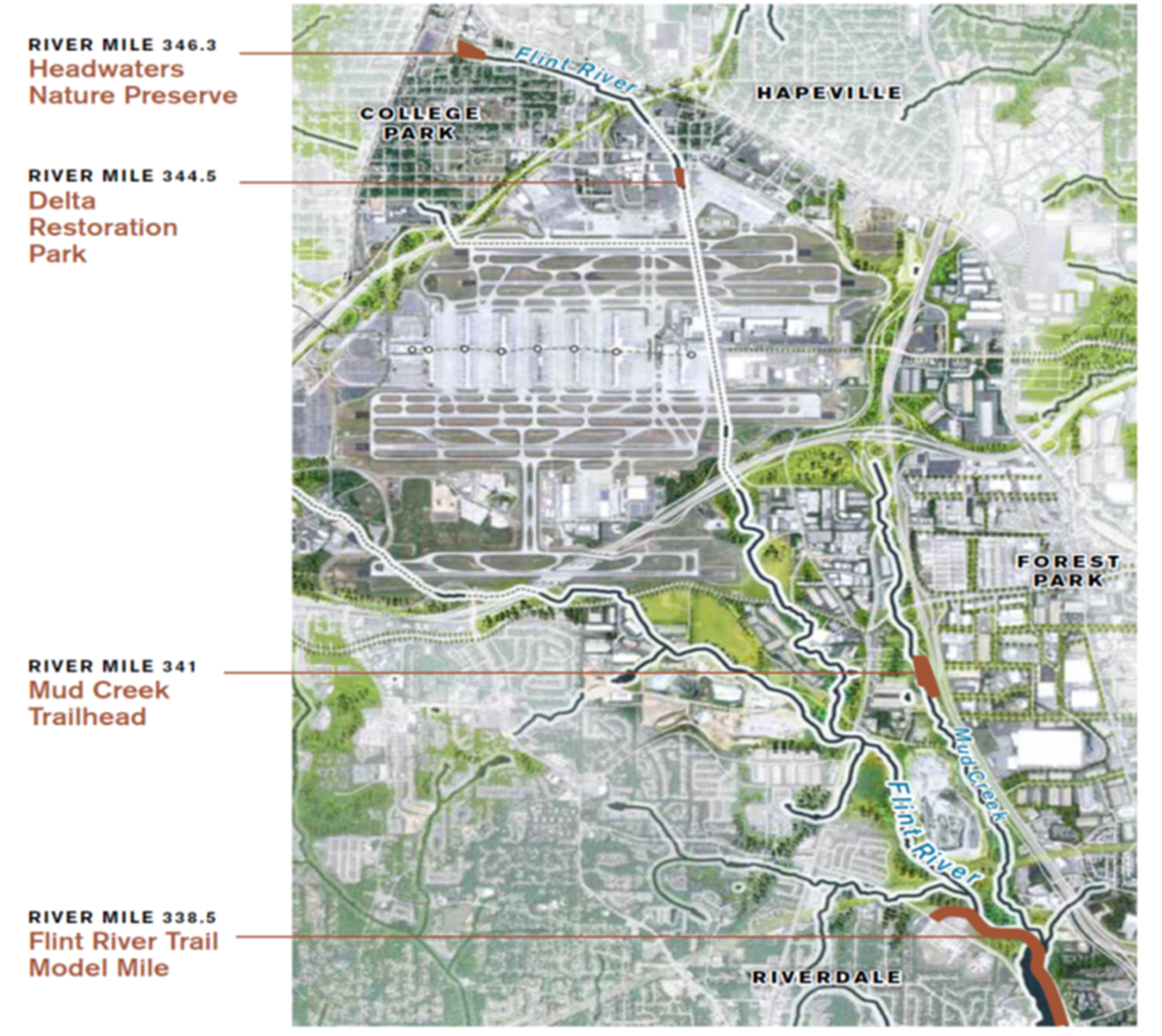