By Guest Columnist VALERIE JACKSON, wife of the late Atlanta Mayor Maynard Jackson, is a principal of Jackmont Hospitality Inc. and former host of NPR’s “Between the Lines”

Maynard pondered the journey from birth to death as he marched and felt a sense of obligation as to what his purpose was in this struggle for human and civil rights. Eight weeks following Dr. King’s assassination, U.S. Sen. Robert Kennedy was slain.

While Maynard listened to the devastating news of Kennedy’s death that day, it was also reported that this was the final day to qualify for the U.S. Senate race in Georgia. Herman Talmadge, a man whom Maynard felt had kept us in political segregation and economic bondage would, again, go unchallenged. 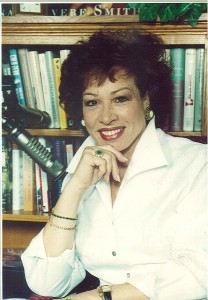 With the assassinations of Dr. King and Sen. Kennedy on his mind, he knew what he had to do. He quit his job and borrowed $3,000 to qualify for the U.S. Senate, which he paid in cash, afraid that they would not accept a last minute check from an African-American.

Under a new city charter that gave the mayor unprecedented powers, Maynard’s first challenge was a mountain of exaggerated fears on the part of whites, and exaggerated expectations on the part of African-Americans. His grandpa Dobbs, who worked with Mayor Bill Hartsfield to admit blacks into the police force (though they could only arrest other blacks, and had to change clothes at the Butler St. YMCA), taught his grandson about coalitions and the courage and determination needed to be a good leader.

Though he was often confrontational, Maynard believed politics was the best available non-violent means of changing how we live. He had a deep and sincere commitment to the people of Atlanta. Coming from three generations of ministers on his father’s side, his mantra was, “Do the right thing,” whether they hate you or love you for it. In fact, he believed that politics was his ministry.

Maynard’s ultimate fear was that we were frittering away our right to vote – our ultimate freedom – by not using it. He then pointed fingers at the local and national leaders we had allowed to be elected by our own civil neglect. He also believed, “Good people must run for office, even if only for a few years. If not, we will get what we deserve. If the cream doesn’t rise to the top, the crud will.”

Much like Dr. King, Maynard was transformative. He transformed the negative perception of “black” politics and government. He transformed communities and businesses by his “politics of inclusion.”

This policy was not only about including the “excluded”, but very pointedly involved keeping the “included”, included. He did not want to take any chairs away from the table, but to add a few more. Thus, Atlanta had the most robust economic development plan of any municipality in the country through its affirmative action policies. He set a standard that mayors, both black and white, adopted in other major cities. Maynard was often called the “Martin Luther King of affirmative action.”

Affirmative action was one means that Dr. King urged to eliminate the exclusion minorities had suffered. “Social peace must stem from economic justice,” he said, urgin the Southern Christian Leadership Conference (SCLC) to forge new tactics that served to “compel unwilling authorities to yield to the mandates of justice.”

This is what Maynard’s “joint venture” initiatives were about. He mandated that 20-25 percent of the new airport contracts include minority and/or female owned businesses. Before Maynard took office, less than 1 percent of all city contracts went to these businesses.

Maynard had to circumvent mountains of opposition with this mandate, but today Hartsfield-Jackson Atlanta International Airport is Atlanta’s crown jewel. However, it almost did not happen. He had been told by numerous authorities and experts that a new terminal could not be built on the existing site because I-85 ran through the land needed.

Maynard said, “Move the highway!” Some thought he was crazy. Yet, he met with the U.S. Secretary of Transportation, the State of Georgia, and even called his old nemesis, Herman Talmadge for support, which he received. The highway was moved, which is why today I-85 bends west just before approaching the airport. People joke that Maynard could move mountains. I can’t speak to that, but I know he can definitely move highways!

This month marks the 85th birthday of Martin Luther King, Jr. It also marks the 40-year anniversary of Maynard Jackson’s inauguration as Atlanta’s first African-American mayor. King’s influence resonated through Maynard’s commitment to a new political and economic equality in Atlanta. Congressman John Lewis said, “I truly believe that Maynard Jackson must be looked upon as one of the founding fathers of the New Atlanta, the New South, and the New America.”

I think Martin Luther King, Jr. would be proud.