Matt Arnett’s Moment was spotting a quilt in Gee’s Bend, Alabama that became a national sensation 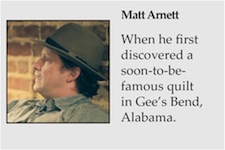 Matt Arnett had toured art museums across the globe, but nothing made a larger impact on his art career than the Moment he discovered a handcrafted quilt tucked away in a closet of an older woman’s modest home in Gee’s Bend, Alabama.

Matt had been researching and documenting African American art and culture in the South – tagging along for several years with his father William, an art historian and collector.

“We became fascinated with the role African American quilts played in the visual tapestry/culture of the African American South,” Matt told us in our accompanying Moments video, recorded in his Grant Park neighborhood home.

The two began researching the rich history of quilt-making and their interest peaked upon seeing a particular quilt in one of the books they used in their research. The quilt was from near Gee’s Bend, Alabama.

Gee’s Bend is a small town located in the western part of the state, on the bend of the Alabama River. It is an area stricken with poverty consistent with the rest of the region often referred to as the Black Belt of Alabama for its rich alluvial soil. The Gee’s Bend community is populated with descendants of sharecroppers and slaves that once worked the land under the Gee family.

Matt and William began exploring Gee’s Bend on weekends to study the lives of the quilt makers and to see the handcrafted artwork first hand.

“We were outsiders certainly,” Matt said. “Gee’s Bend is very remote and it was very hard on our first few trips down there.”

But one woman, Mary Lee Bendolph, welcomed the two into the community and upon seeing their struggles to find somewhere nearby to stay, she opened her home to them.

Matt remembered Mary Lee saying, “My momma told me never to turn anybody away because you never know which of those people you turn away might be someone that you shouldn’t turn away.” 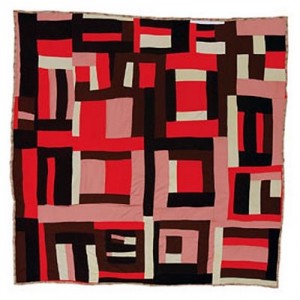 Mary Lee’s quilt that was found by Matt.

Indeed, her mother’s advice led to a Moment in her home that changed everything.

Mary Lee, like many of her neighbors, lived in a home referred to as a “Roosevelt house.” During the Great Depression, President Franklin Roosevelt identified Gee’s Bend as one of the poorest communities in America. The Federal Government and Farm Security Administration man a project in which they bought 10,000 acres of land, turned it back over to the sharecroppers living there. The project helped build 100 houses for sharecroppers’ families, granting each of them 100 acres of farmland and providing them with the opportunity to earn their financial freedom on the same land on which their ancestors had been enslaved.

Over time, as families grew, they outgrew their “Roosevelt houses,” adding on to them in any way they could afford to accommodate their growing needs.

“Over the years, these little houses sort of became mazes, where – as a little bit of money is cobbled together and they can add an extra room – it’s added,” Matt said.

It wasn’t uncommon to have to go through a bedroom to get to another bedroom or to a bathroom. And it was wandering through one of these mazes to visit the restroom in Mary Lee Bendolph’s quaint “Roosevelt house” in Gee’s Bend that Matt had a Moment which changed not only his life, but the life of Mary Lee as well.
Matt knew the bathroom was vacant, but found the hallway door locked. Figuring someone had exited out of the other door to the bathroom through the adjoining bedroom, Matt conceded to the maze and went through the other rooms to find his way back to wash his face.

“I opened the door (of a bedroom) just to get to the bathroom, and the windows were open, the room was bright and something caught my eye in the closet,” he said.

“I stopped and I looked at it, and then went to the restroom and came back and looked again – it was just kind of some red and some black sticking out of the closet.”

Matt was intrigued. He went over to the closet and pulled down the red and black fabric peeking out of the closet. It was a quilt top. “I held it up and was just stunned,” he said. He brought the quilt with him in to the main room to ask Mary Lee about it. “That ugly thing, where did you find it?” she asked. Mary Lee dismissively explained the origin of the quilt, but to an artistic eye such as Matt’s, it was anything but unimportant.

A relative of Mary Lee’s living in Bridgeport, Connecticut had sent her a box of worn- out and over grown clothing for the people in Gee’s Bend to wear. The box included leisure suits and bell-bottom pants that Mary Lee said even the people in Gee’s Bend would recognize as out of style. But throwing away clothes wasn’t customary in a place such as Gee’s Bend. So instead of burning them, Mary Lee ripped up the clothes and quilted them together.

The quilt sat folded up in the closet of Mary Lee’s small home until Matt pulled it down from the shelf. Before that Moment, Matt and his father didn’t realize that Mary Lee herself was one of the artists they sought.

“Unfortunately much of her body of work of quilts she had made in her lifetime she had given away over they years – or they had worn out, or she had burned them,” Matt said. “She was this amazing woman but we didn’t know that she was a great artist because there wasn’t much of her work that still existed.” 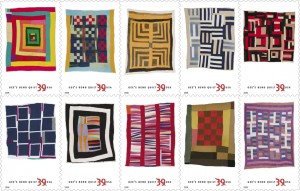 Matt was fortunate to grow up in a home with a strong desire and appreciation for art. His family had traveled to museums across the United States and Europe, and collected art from Africa, Asia, Europe, America and the pre-Columbian era.

A few years ago, Matt moved into an old two-story structure in Grant Park that once served as a neighborhood grocery. As he began to restore various portions of the historic building, he was inspired to turn the downstairs former retail space into a music listening room. Since then, he has invited friends and neighbors to sit among the sofas and chairs in the space and listen to up-and-coming musical artists from around the country who are traveling through Atlanta. Aptly branded “Grocery on Home,” Matt passes around an old bread box around to attendees – who often hear of the concerts through Facebook – to collect donations for the musicians. Amongst the quilts and paintings on the walls is a well-worn collection of several volumes in the beautifully published Quilts of Gees Bend series.

Recalling when he first say Mary Lee’s quilt, Matt said, “I would certainly say at that point, I was fairly well versed of art in the world for a 30-year-old person and I just saw this thing that was stunning and I had never really seen anything like it.”

Mary Lee’s quilt was included in The Quilts of Gee’s Bend exhibition that featured quilts created by 42 women of Gee’s Bend. The exhibition was a huge success and traveled the country from Houston to New York, Boston, San Francisco – including a major heralded exhibition at Atlanta’s High Museum. The women became famous overnight for their quilts – art that defined their historical culture and heritage.
In 2006, the United States Postal Service selected ten Gee’s Bend quilts for their American Treasure series – a series that highlighted great American works of art. Mary Lee’s quilt was one of the 10 quilts included in the series and printed as a U.S. postage stamp.

“From this closet, this ugly thing that Mary Lee thought she made – you know I think she must have thought it was beautiful because she made it but she never in a million years expected anyone else to think it was beautiful,” Matt said.

“And as it turned out, one person thought it was beautiful and then my dad and the curators of the exhibition and then ultimately a few million people that saw the Gee’s Bend exhibit and then it ended up on a stamp where tens of millions of people saw it.”

Fortunately for Mary Lee, Matt, William and the millions of art lovers around the world who have since enjoyed the rich designs of the Gee’s Bend quilts, Mary Lee’s snap decision not to turn away “someone that you shouldn’t turn away” was the right one. 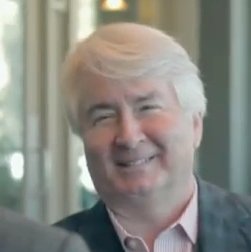 Next week in Moments: Tom Murphy

Next week in Moments: Tom Murphy, restaurant owner, about the Moment he had the idea for Good Measure Meals following his mother’s death.