A once-vacant lot nestled in the English Avenue neighborhood now has a new life as a City of Atlanta park. On Thursday, Oct. 27, city officials, community leaders and park advocates gathered to celebrate the opening of Mattie Freeland Park on the city’s Westside.

Today, the small neighborhood park boasts a field, a pavilion and a playground with slides, climbing structures and swings. The space will also feature permanent displays of paintings by local artists Osaze Akil and Muhammad Suber that depict former Mayor Maynard Jackson, Jr. and Gladys Knight. 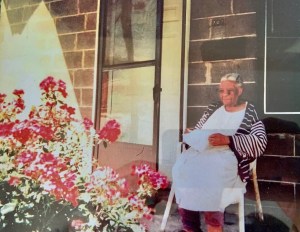 The park’s namesake, known as Ms. Mattie, lived on D’Alvigney Street in English Avenue for over 55 years, where she was regarded as a matriarch in the community. Her home overlooked a neglected plot of land that was filled with vehicles and debris. Wanting to reimagine the space that was an eyesore for neighbors and dangerous for local kids, Freeland shared her vision of turning the site into “something pretty to look at.”

In 2008, a group of neighbors created the Friends of Mattie Freeland Park to actualize Freeland’s vision of creating a safe gathering place for the neighborhood. That same year Freeland passed away, but her legacy continues through the Mattie Freeland Community House — a communal space managed by the New Life Covenant Church — that overlooks the neighborhood park.

Activated by the park’s Friends group in 2015, The Conservation Fund acquired plots on behalf of the city, and Park Pride worked with community members to create a plan for the park. 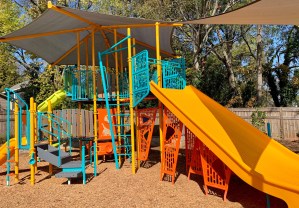 One of two play structures at the park. (Photo by Kelly Jordan.)

Now, 14 years later, the once-vacant site has been remade as a space for children to play and adults to congregate. Many partners and funders had a role in creating Atlanta’s new park, including, in addition to the organizations previously mentioned, Robert W. Woodruff Foundation, JPB Foundation, Georgia Pacific, The Arthur M. Blank Family Foundation and the City of Atlanta Parks and Recreation Department.

“Imagine looking out of your window at a vacant piece of land and seeing the beauty that it could become. That is what Ms. Mattie Freeland did,” Atlanta Mayor Andre Dickens said during the ribbon-cutting event. “What a testament to her life and legacy that the people in her neighborhood took her vision and now [created] what you see here. Atlanta is a group project, and you all signified that by coming together to make this awesome site that overlooks the beautiful city.” 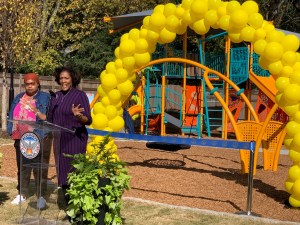 For the folks who have been part of this journey for over a decade, this moment is a testament to the power of neighbors working together to improve their pocket of the city.

Williams continued: “This speaks to what is possible if you just give us equity. Everyone deserves to have a place that’s safe, beautiful and engaging.”

Click through the slideshow below for more from Thursday’s ribbon cutting ceremony. Photos by Kelly Jordan. 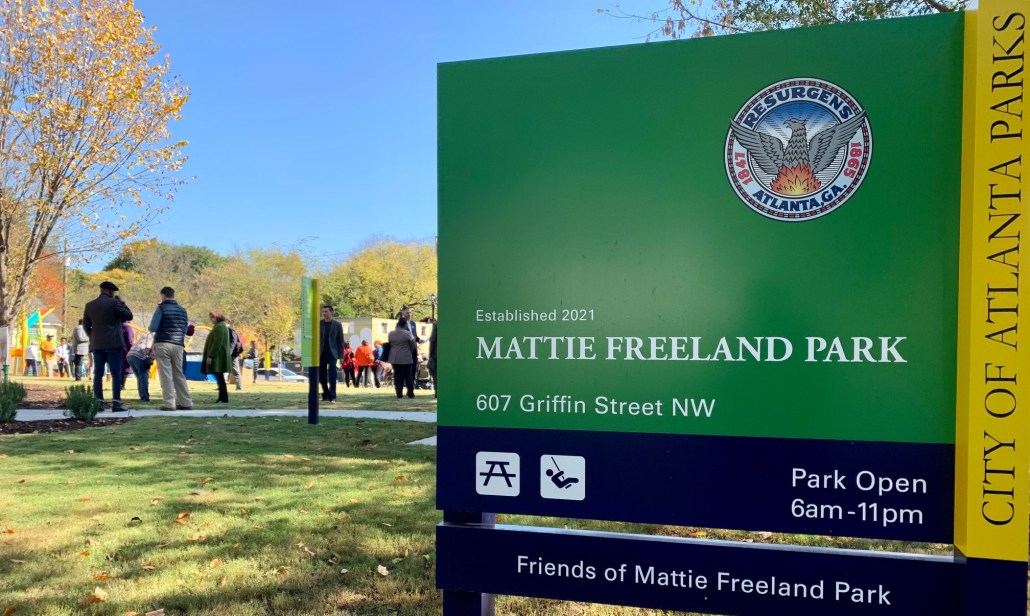 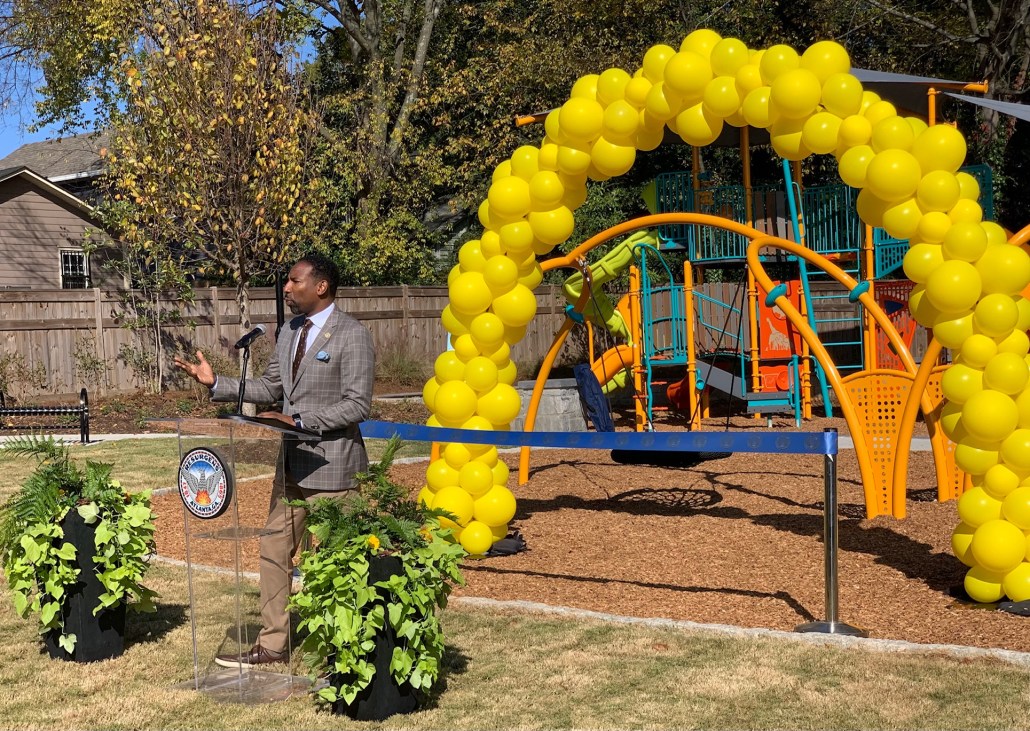 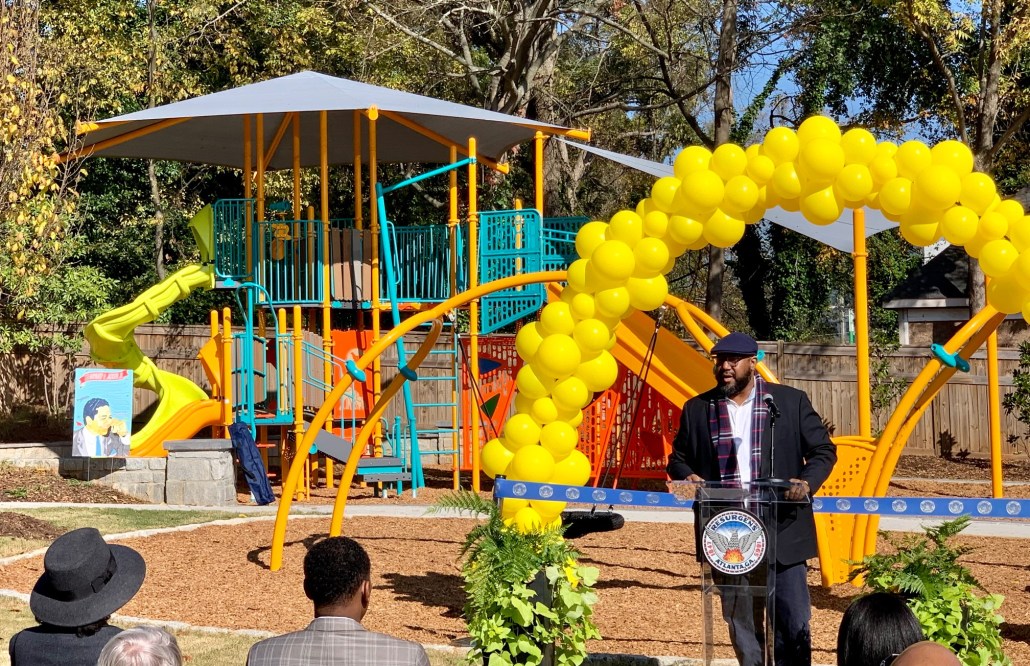 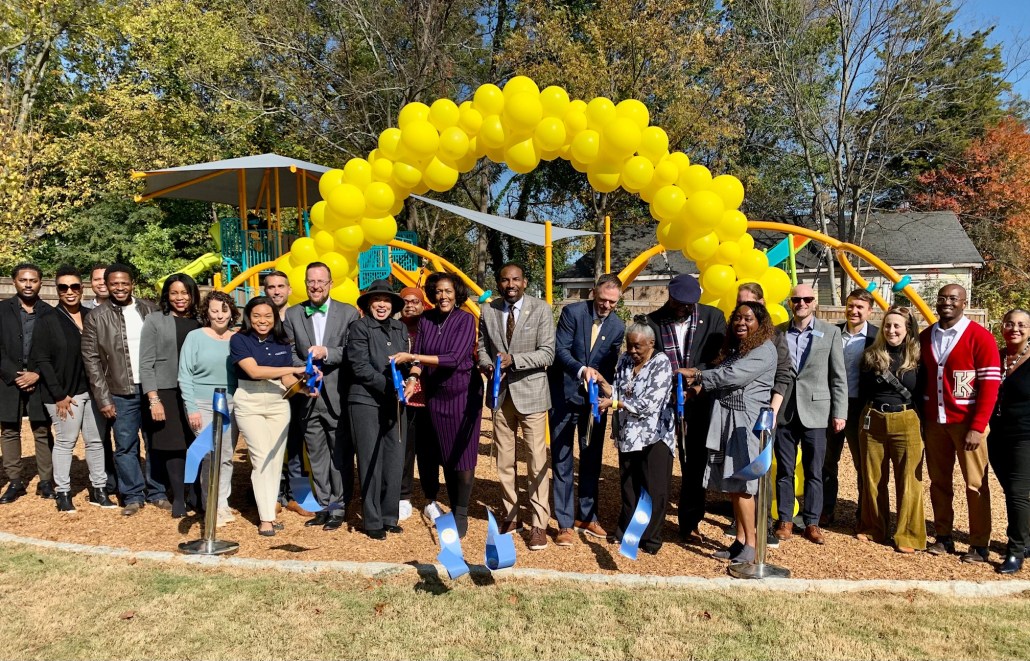 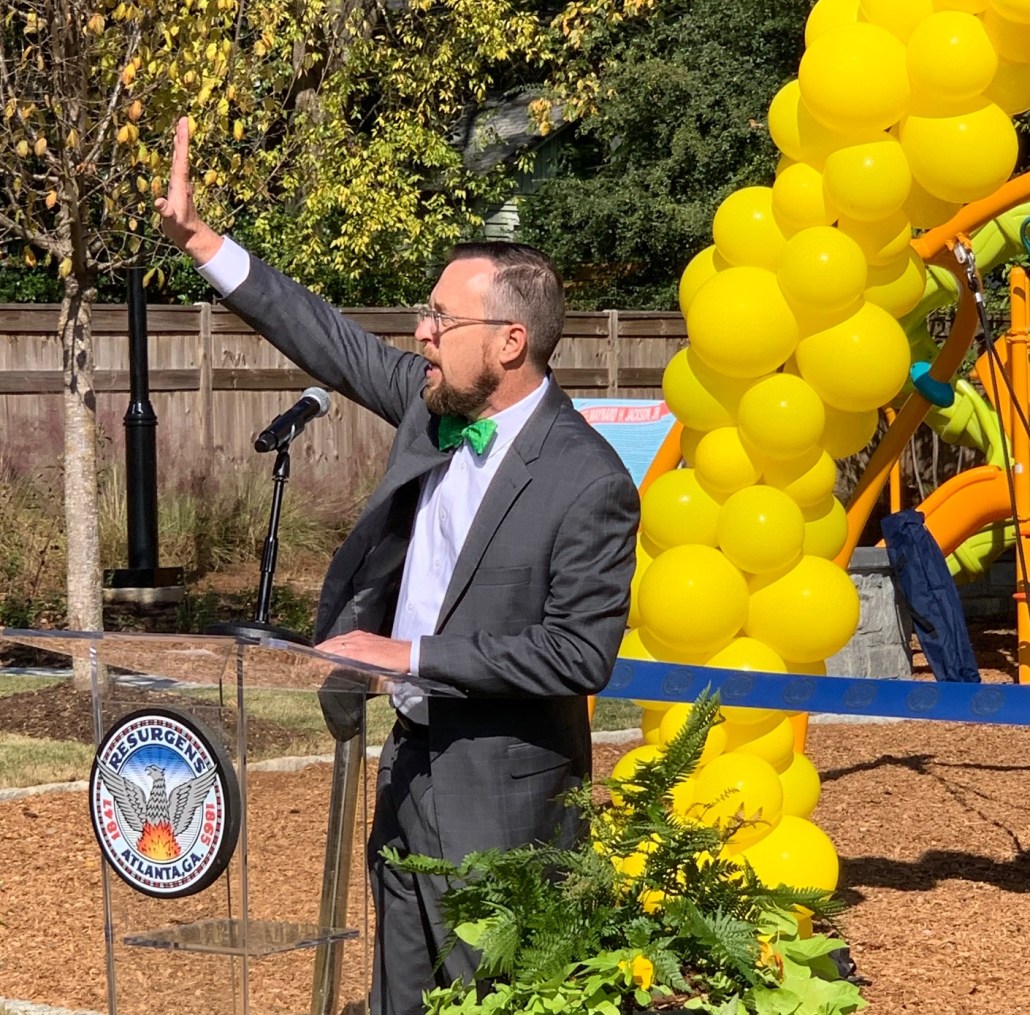 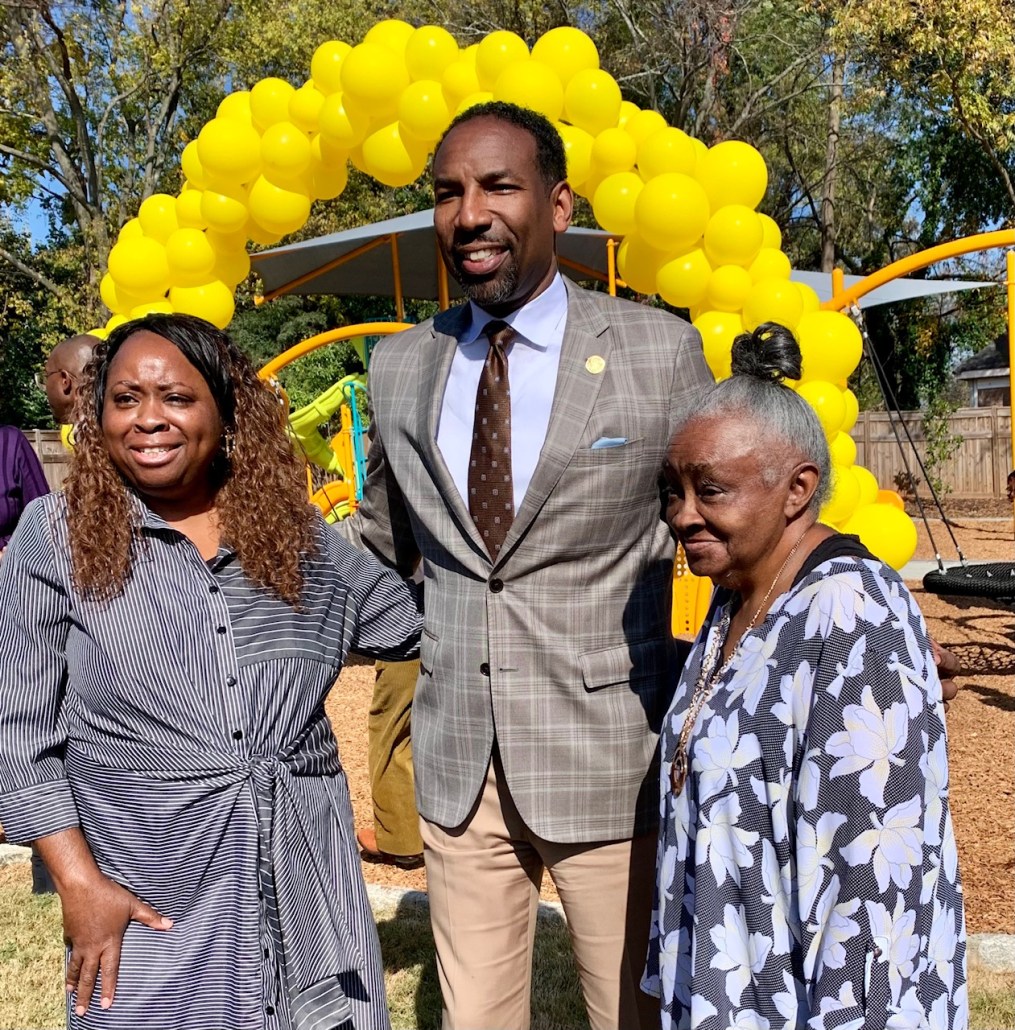 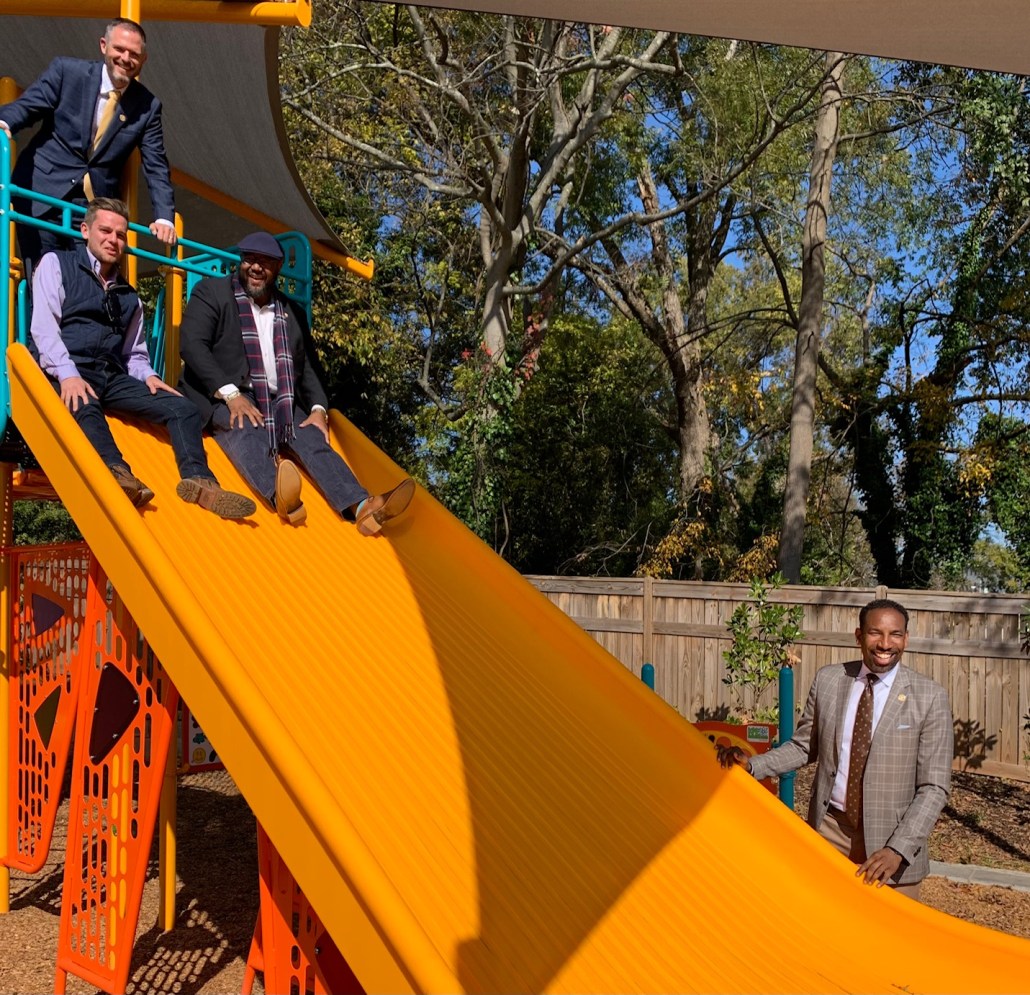 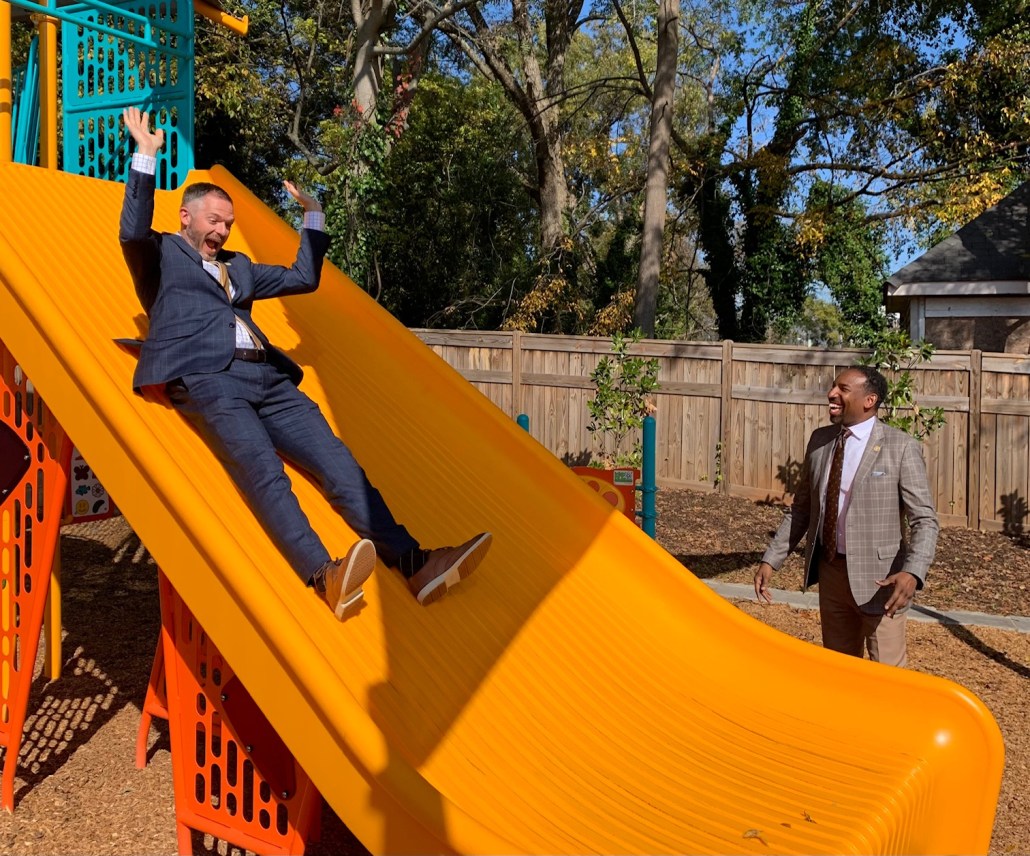