Mattress-maker Serta Simmons may tuck its headquarters into Assembly 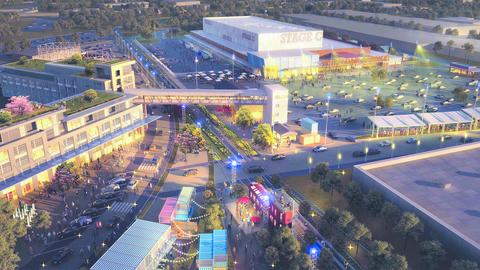 By Dougals Sams and Maria Saporta
As published in the Atlanta Business Chronicle on May 5, 2017

The company, which has been exploring options for a new campus for the past year, did not name the site in a statement released May 2 to Atlanta Business Chronicle. But, the Serta Simmons headquarters is widely expected to help launch the first phase of Assembly, the proposed $2 billion redevelopment of the former Doraville General Motors plant.

Doraville’s Downtown Development Authority was scheduled to hold a hearing May 3 about “Project Quartz,” which is reportedly the economic development code-name for the Serta Simmons campus. A memorandum of understanding between the Authority, the headquarters’ developer and the unnamed company behind Project Quartz is up for approval. 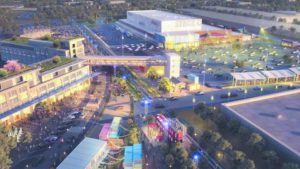 Serta Simmons notified its employees it picked a site that will consolidate offices in Buckhead (Alliance Center) and the central Perimeter (Concourse Corporate Center) and a Norcross research and development center. The new headquarters will also feature an innovation center and a multi-brand showroom, the company said.

“We have identified a site and are in final negotiations to build a corporate headquarters for SSB, Serta and Simmons Beautyrest,” the company said.

“The reason for this decision is to reap the benefits of having our teams together in one location for better collaboration, work flow and communications. We will adjust the campus design to assure continued brand differentiation for Serta and Simmons Beautyrest.”

The Assembly project is led by Atlanta-based real estate developer The Integral Group. The 130-acre redevelopment of the plant would take shape along MARTA’s Gold Line at Interstate 285 and Peachtree Industrial Boulevard and feature a mix of office buildings, apartments, street-level retail and a movie studio.

“There are a number of significant prospects with whom we have been in some level of discussion,” Perry told Atlanta Business Chronicle. “We are trying to determine the sequencing of development on the site.”

Just over $53 million in bonds are being issued by the Assembly Community Improvement District to fund the massive redevelopment’s first phase.

Serta Simmons is never referred to explicitly in hundreds of pages of bond documents related to the GM plant’s redevelopment. But, Integral does haven an agreement to sell about 5.8 acres of the now demolished plant to Holder Properties, which would develop Project Quartz, a 140,000-square-foot headquarters, with a 70,000 square foot research and development facility.

Earlier this year, Atlanta Business Chronicle reported the development team has about 1 million square feet of prospective tenants lined up for the “Yards District,” the half of the project billed as a one-of-a-kind destination for dining, entertainment, art and retail.

Phase I could include the following, according to bond documents:

Project Warrior, a 31,000-square-foot building that could attract companies from the “e-gaming sector.”

Project Care, a 200,000-square-foot building for a tenant in the health-care sector. It’s a nearly $55 million project. Earlier this year, Atlanta Business Chronicle reported Norcross-based PruittHealth is relocating its headquarters out of Gwinnett County over a zoning dispute. It was reportedly eyeing the Peachtree Industrial corridor.

A brewery. Integral may be courting Orpheus Brewing, which currently has a 16,000-square-foot brewery on the edge of Piedmont Park. Orpheus is considering a second location. “We have the intention to expand. It’s just a question of when,” said Orpheus Chief Financial Officer Andy Lorber. He did not confirm if Orpheus toured Assembly.

A theater from operators including Cinemex, Cinépolis, or Regal, according to a source familiar with companies scouting sites for new locations across metro Atlanta.

Perry said of Assembly, “There’s an extensive list of interested prospects — in the corporate user category, retail and some other users touching entertainment. There are also other specialized uses. We are in the process of getting into more solid discussions with some of the prospects.”

Discussions are becoming more solid now that critical public infrastructure for the GM redevelopment is secured, Perry said. Integral has hired Cushman & Wakefield to head leasing for the project.

Previous Article
Column: Genuine Parts looks back on a year of big changes
Next Article
Reflecting on architecture by Kelly Jordan