All 12 project finalists were evaluated by a jury of ULI members with a diverse range of expertise and broad perspectives. The jury considered how a development demonstrated leadership, innovation, market success, sustainability, resilience, and meets the current and future needs of its surrounding community. It was through that criteria and the lens of ULI’s mission commitments that winners of the Awards for Excellence showed a commitment to positively shaping the Atlanta region. While there were only five Award categories, there were actually six winners. The nomination and jury process uncovered two projects whose achievements stood alone in their specific and unique alignment with ULI’s core mission priorities.

The other Award Winners by category:

In addition, three individuals were honored for their service and commitment to ensuring not only our city, but also our region is a better place to live for all its residents. Noel Khalil was posthumously awarded the Frank Carter Community Achievement Award and Bill Bolling was awarded the Dan and Tally Sweat Community Leadership Award. 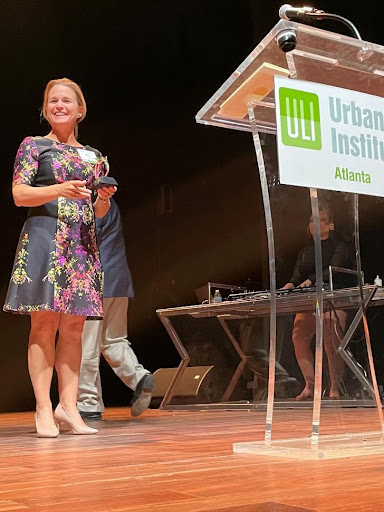 Sarah Kirsch was awarded the Leadership Appreciation Award for her years of commitment to advancing ULI’s global mission – and her impact in shaping the future of the built environment here in Atlanta.

About ULI Atlanta:
ULI is a global non-profit education and research organization with a mission to shape the future of the built environment for transformative impact in communities worldwide. With more than 1,400 members throughout the Atlanta region, ULI Atlanta is one of the largest and most active District Councils. ULI Atlanta brings together local leaders from across the fields of real estate and land use policy to exchange best practices and serve community needs through education, applied research, technical assistance, events and programs. See atlanta.uli.org for more information.