Mayor Andre Dickens at Oakland Cemetery on June 10 after meeting with the Atlanta Committee for Progress. (Photo by Kelly Jordan.)

In his second in-person meeting with the Atlanta Committee for Progress as mayor, Andre Dickens thanked the business and civic leaders for their support of the “Moving Atlanta Forward” campaign.

The private sector raised about $550,000 for the campaign, which also was supported by the city’s educational media messages.

“That was due to their support,” Dickens said of members of the Atlanta Committee for Progress (ACP), an influential group of leaders who meet quarterly to talk about ways they can support the City of Atlanta and its mayor.

Dickens met with ACP on Friday, June 10 at the offices of King & Spalding in Midtown. 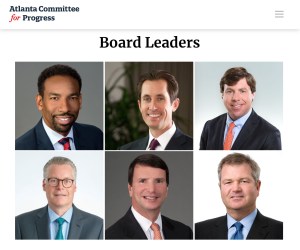 He sat down for an exclusive interview after the meeting and before joining the Historic Oakland Foundation to announce the completion of the restoration of the cemetery’s African American burial grounds.

“The meeting went well,” said Dickens, who said attendance was light because of people’s summer schedules. “We talked about a number of things – the upcoming budget for the city, which is the largest ever.”

The meeting, which is closed to the public, covered many of the mayor’s top agenda items — public safety, including the summer safety plan, water boys, nightlife and the hiring of officers.

Dickens used the setting to market the city’s summer youth program — an initiative aimed at hiring at least 3,000 young people between the ages of 14 to 24. Already, the city has connected 2,700 youth to jobs.

“We have more jobs than youth,” the mayor said, explaining that companies who have hired young people independently should explore becoming part of the city’s youth program.

“They were very receptive to it,” Dickens said. “Through the city’s program, the youth get free MARTA passes, financial literacy training and conflict resolution training. In my mind, I would love to have an end-of-the-summer concert for them.”

The mayor also told ACP members that the city is doing a national search for a new police chief. Darin Schierbaum, who was named the city’s interim police chief, will be considered for the position.

“He’s on the job, and we treat him as chief,” Dickens said.

Another major talking point during the ACP meeting was affordable housing and the mayor’s Housing Strike Force, which includes representatives from the Atlanta Housing Authority, the Atlanta BeltLine, Invest Atlanta, the Metro Atlanta Land Bank and the Atlanta Land Trust.

“We talked about how it’s organized to deliver projects,” Dickens said. “We’re lining up projects to deliver.”

The mayor said he talked to ACP members about the on-again, off-again plans to develop the Atlanta Civic Center. Days after the board of the Atlanta Housing Authority voted to recommend the team of New York-based Tishman Speyer and Atlanta-based H.J. Russell & Co. to develop the site, the city announced that Tishman had backed out of the deal.

“I talked about where that stands since Tishman pulled out,” Dickens said. “We are going through the process.”

Dickens said the conversation then shifted to homelessness, an ongoing issue in the city.

“Chris Womack (CEO of the Georgia Power Co.) wants to do more to reduce homelessness,” Dickens said. Even though the most recent census of Atlanta’s homeless populations showed a drop, the mayor said it appears there are more homeless – “even to me.” 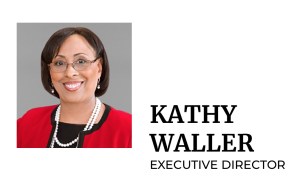 Dickens also talked about how major corporations – through employee assistance programs – can help make sure their workers are making enough to not be in danger of becoming homeless.

ACP also is working closely with the city on the seven searches for vacant cabinet positions. The mayor said that the chairs or co-chairs of the various searches serve on ACP’s board.

“They know how to hire talent,” Dickens said. “We are going to have at least three of the searches with a candidate finalized in the next 30 to 45 days.”

The mayor is optimistic there will soon be an announcement for a chief procurement officer, a parks and recreation commissioner, a human resources commissioner and a planning commissioner. He did add that one of the harder positions to fill likely will be a public works commissioner because there’s so much competition with the private sector.

Eventually, Dickens would like ACP to be involved with his vision for the city and its citizens.

“I know there is a long-term usefulness for them to help with my mission that’s shared with the citizens of Atlanta,” he said. “I’m not able to articulate it yet because of the immediate things that are right in front of me.”

Eventually, he would like the issue of equity in the city to become even more of a priority. “Equity has got to be in everything we do,” he said.

ACP was founded by then-Mayor Shirley Franklin in 2003, shortly after she was elected to office. She used the ACP board to launch initiatives that would pay dividends for the city for decades. Among the initiatives that have come out of ACP over the years include the Atlanta BeltLine, the Atlanta Regional Commission on Homelessness, the Westside Future Fund and workforce training.

Ryan Marshall, CEO of Atlanta-based PulteGroup – a Fortune 500 company, is the 2022 chair of ACP.

After the meeting, Marshall sent over a text about the second quarterly gathering of ACP under Dickens’ leadership.

“We had a wonderful meeting, and it was very productive,” Marshall wrote saying he and ACP executive director, Kathy Waller, are open to answering specific questions. “But overall, we would prefer to let the mayor continue to speak on behalf of the work that we are doing with him.”