Mayor Bottoms names Richard Cox, a loaned executive, to serve as city’s COO for one year 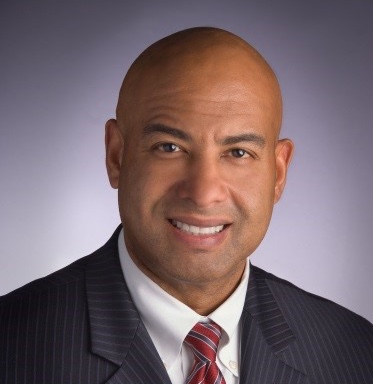 Atlanta Mayor Keisha Lance Bottoms has made one of her first major appointments – Richard Cox as the city’s chief operating officer.

Cox is a loaned executive from Cox Automotive (no relation to the Cox family), who will serve the city for one year before he returns to the privately-held company. Cox, who currently serves as vice president of client advising ad performance for Dealer.com, brings more than 15 years of management experience to the position.

But it does not appear that Cox has any experience working in the public sector.

“I am pleased to have Richard Cox join the administration as chief operating officer,” Bottoms said in a statement. “He brings to us a wealth of senior leadership and operating experience, and I am confident he will enhance our administration’s focus on strengthening public safety, operational efficiency, and improving customer service.”

“I’m excited to serve the City of Atlanta and Mayor Keisha Lance Bottoms,” Cox said in the press release. “It’s an honor to work for the betterment of my hometown that I love. I’m grateful to Cox Enterprises for allowing me to realize this opportunity, and I’m proud of my company’s commitment to the community.”

He began his career at Worldspan, an Atlanta-based travel technology and content provider, where he held several positions during his 11-year tenure including director of Worldwide Operations.  He also served as president and COO for Jones International University (JIU), a Denver online-based university.

Prior to joining JIU, Cox served as vice president of customer experience at Orbitz Worldwide, a leading online travel company, where he provided organizational strategy and was responsible for customer care, quality assurance, vendor and workforce management.

Cox also has served on the board of Year Up Atlanta, and he serves on the Cox Automotive Diversity Council. Cox holds a M.B.A. in Management Information Systems from Kennesaw State University.

The Atlanta City Council must confirm Cox before his appointment is final.

Cox, who does not live in the City of Atlanta, will succeed Dan Gordon, who was appointed as chief operating officer of the city by former Atlanta Mayor Kasim Reed in 2015. His last day with the city will be on April 1.

Cousins CEO Larry Gellerstedt is co-chairing the mayor’s transition committee with Vicki Palmer, retired chief financial officer of Coca-Cola Enterprises. The two of them also are co-chairing the search for a new COO.

“I thank Cox for making a valuable leader available for such an important leadership position for the City of Atlanta,” Gellerstedt said in a text. “We will do the search for the long term COO to succeed Richard. Dan Gordon was planning to leave Jan 1 and he agreed to stay for 60 to 90 days while the Mayor could do an expedited process to find someone. Great outcome. Vicki and I were aware of all of the above.”

Cox is the second key appointment that Bottoms has made since becoming mayor in January.

She appointed Marva Lewis, who had worked in her campaign, as chief of staff. Lewis, who lives in Atlanta, brings to the city more than 15 years of extensive experience in human resources.

Most recently, Lewis served as vice president of human resources for Cousins Properties, where she developed and implemented all human capital strategies aligned to supporting the growth of the Cousins organization.

Although the two key members in the Bottoms administration do no have prior public sector experience, both have extensive management experience at global companies.”