Mayor Bottoms uses Atlanta Committee for Progress as sounding board 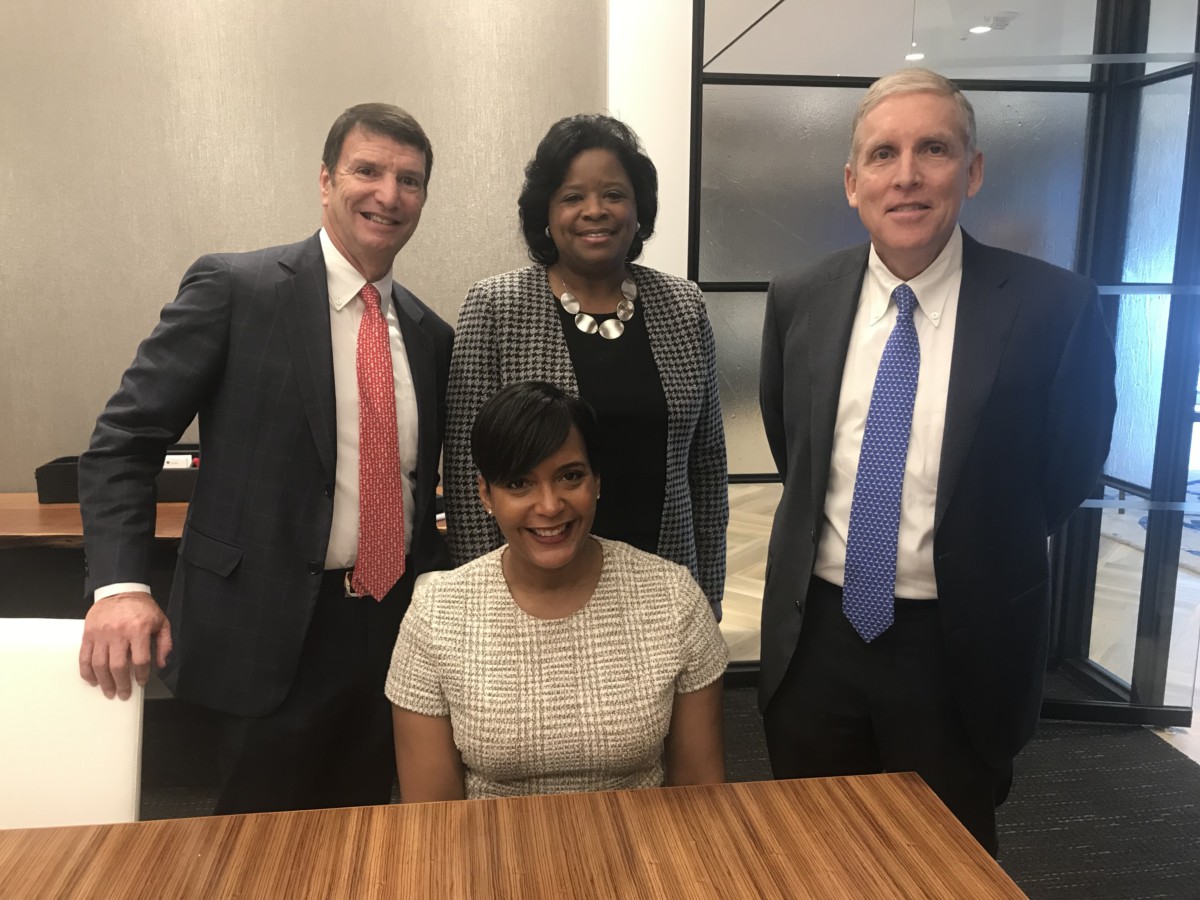 A group of a high-powered executives met with Atlanta Mayor Keisha Lance Bottoms to talk about the city’s growing issues with the Atlanta Public Schools over its participation in the Westside Tax Allocation District.

The issue resurfaced after the Atlanta City Council approved a development plan by the CIM Group to redevelop the Gulch, using the Westside TAD as a way to finance part of the project.

On Friday morning, the Atlanta Board of Education voted  7-2 that no more school taxes in the Westside TAD should go toward economic development unless the board had approved it in writing. 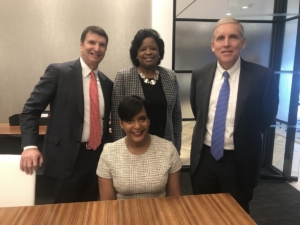 At the exact  same time the school board was meeting, Bottoms was meeting with the Atlanta Committee for Progress, a group of leading business and civic executives, to talk about the situation in executive session. Both the regular meeting and the executive session are closed to the public.

After the session, Bottoms talked about the school board’s stance, which she described as “disappointing.”

“It would be great if we were all on the same page, “ Bottoms said. “Hopefully we will be able to work together on the communities where we serve. We just want our city to thrive and to succeed. We want to make sure all our partners are in agreement.”

Now Bottoms is continuing the legacy.

“It was at this meeting a year ago where we met,” said Larry Gellerstedt III, CEO of Cousins who has been the 2018 chairman of ACP. “That when I first met Mayor Bottoms.”

Bottoms, who was then mayor-elect, immediately asked Gellerstedt to co-chair her transition committee.

The meeting on Dec. 7 marked the end of Gellerstedt’s tenure as chairman. It also marked the last meeting of Duriya Farooqui as director of ACP.

The meeting covered several topics – an update on the Westside Future Fund, a public safety briefing, a report on plans for the Super Bowl and a recap of the Center for Workforce Innovation – a program that Bottoms announced last month and one that was spearheaded by Farooqui. 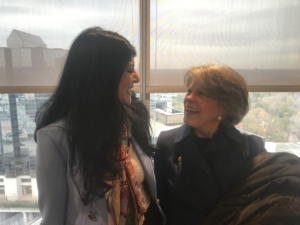 Claire Lewis “Yum” Arnold, CEO of Leapfrog Services (right), thanks Duriya Farooqui for her work with the Atlanta Committee for Progress after Friday’s meeting (Photo by Maria Saporta)

Succeeding Farooqui in 2019 will be Shan Cooper, who is a retired executive with WestRock and Lockheed-Georgia.

Bottoms said appreciates the role ACP plays in the community.

“It’s been fantastic to have a group of leaders to take time out of their lives to help move the city in the right direction,” Bottoms said. “It speaks to the treasure we’ve had with our business community in Atlanta working for what’s best for the people of Atlanta. It’s been a tremendous experience.”

Succeeding Gellerstedt as chair will be Doug Hertz, president of United Distributors. Hertz said ACP’s priorities in 2019 will be the mayor’s priorities. He also will be focused on ACP members to make sure the right people are around the table.

Hertz said ACP also will try to make sure there will be a good relationship between the city and the state.

“Whoever won the election for governor, my hope would have been the same for ACP – that we would help with the relationship between the city and the state,” Hertz said. “We have a new mayor and a new governor, and we know people who have a relationship with both.

“I have been impressed with this mayor’s willingness to reach out and try to build bridges,” Hertz added. “One of the reasons the state has moved forward so well is because of the relationship between the state and the city. It’s incumbent on current business leaders to make sure that continues and accelerates.”