Mayor Ivan Allen Jr., a bridge builder, to be honored with a bridge and walking museum

The tapestry of Atlanta’s civil rights history is getting a colorful new thread with the addition of the new Ivan Allen Jr. Legacy Bridge.

An official dedication of the bridge will be held on Monday, Nov. 25, and it will highlight the contributions of one of Atlanta’s greatest mayors. Allen served as Atlanta’s mayor between 1962 and 1970, one of the most tumultuous times in the city’s history. 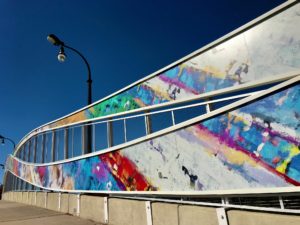 The bridge has been designed to do double duty. It connects downtown at Marietta Street and the Westside over the railroad tracks of Norfolk-Southern and CSX serving as a symbolic connection of both sides of the tracks.

It also will serve as an outdoor museum – an opportunity for pedestrians and cyclists to learn more about Allen, a mayor who helped lift Atlanta from a city in the segregated South to one that became a beacon for racial integration and cooperation during the 1960s.

Credit for the creation of the Ivan Allen Jr. Legacy Bridge belongs to the PATH Foundation and its major donor – Jim and Sarah Kennedy and the James M. Cox Foundation.

Ivan Allen IV, one of the mayor’s grandsons, said he was contacted by the Kennedys about whether they could honor Mayor Allen on dedicating the bridge in his honor.

Another grandson, Beau Allen, quickly endorsed the idea as did the rest of the Allen family.

“Beau and I got together, and we all have come up with a neat concept for an outdoor museum,” Ivan IV said in a conference call interview with his cousin. “A lot of key players are represented in the exhibit. It does a great job of recognizing the team members who were part of the experience.”

Beau Allen said one of the goals is to present history in a way that is easily accessible to younger generations. 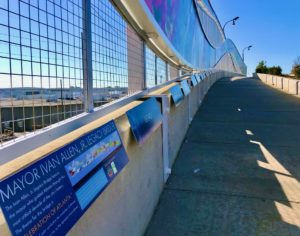 “It’s a way to encourage the younger millennials our take in the outdoors,” Beau said. “We have embedded technology for the younger generation who might not know as much about Atlanta history as we do.”

Several folks helped bring the outdoor exhibit to life. Therese Huffman was the designer and directed the project.

“They asked us to take responsibility for the historic messaging,” Ivan IV said.

“David Duke was a natural resource because of his recent documentary on Ivan Allen. We took the concept to Sheffield Hale for his approval. He was a big help as well.”

David Duke, owner of Living Stories, provided 18 video clips that can be accessed through URLs while crossing the bridge.

The clips cover several key moments of Mayor Allen and Atlanta history – such as the Orly plane crash in 1962, Allen’s willingness to testify in favor of the public accommodations bill – the only elected leader from the South to do so, the Nobel Peace Prize dinner honoring Martin Luther King Jr., the assassination of King, the effort to bring a professional baseball team to Atlanta and his decision to not run for a third term as mayor.

The colorful design of the bridge has sweeping panels that resemble waves along both sides of the overpass.

“This was a nondescript bridge,” Ivan IV said. “It didn’t have any character to it. Now it’s a linear park – a walking museum that is a conduit from downtown to the Westside.” 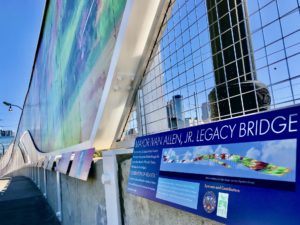 The Kennedys provided a challenge grant of $750,000 for the project; the Allen family provided $100,000 and the PATH Foundation raised the remaining $650,000. The $1.5 million project was in addition to improvements along the bridge to add a PATH for cyclists and pedestrians to travel East-West.

“The time period when he was mayor was kind of the bridge from the old South to the new South, so it’s an appropriate tribute to him and all the others who were pivotal leaders during that era,” Beau said.

A.J. Robinson, president of Central Atlanta Progress, had been instrumental in renaming three streets (Jones, Simpson and Alexander) and turning them into Ivan Allen Jr. Boulevard to help provide greater access to the Georgia Aquarium and the National Center for Civil and Human Rights. The bridge is a continuation of that realigned street.

Robinson gave credit to the PATH Foundation’s Ed McBrayer for bringing the project to life.

“Mayor Ivan Allen was a great bridge builder,” Robinson said. “Hats off to them for finding a creative way to really pay tribute to Mayor Allen beyond just the naming of the street. We are thrilled to see it happen, and I think it will do a lot to enhance the memory and contribution of one of the most important mayors in the history of Atlanta.” 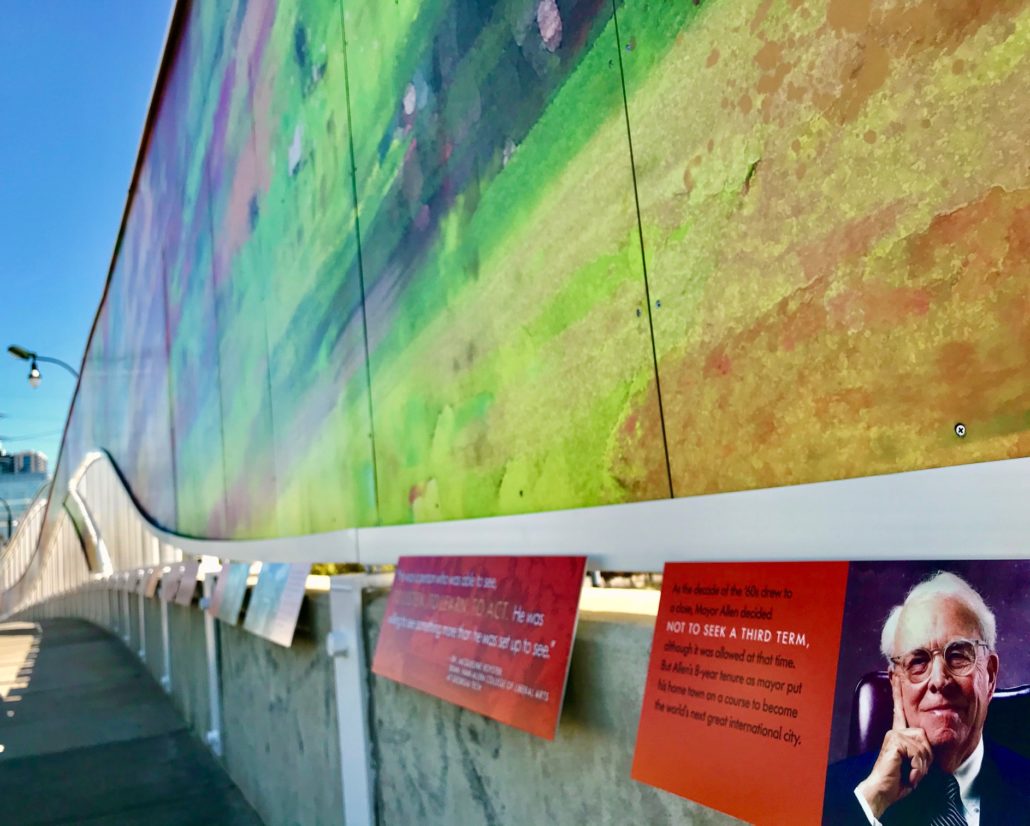 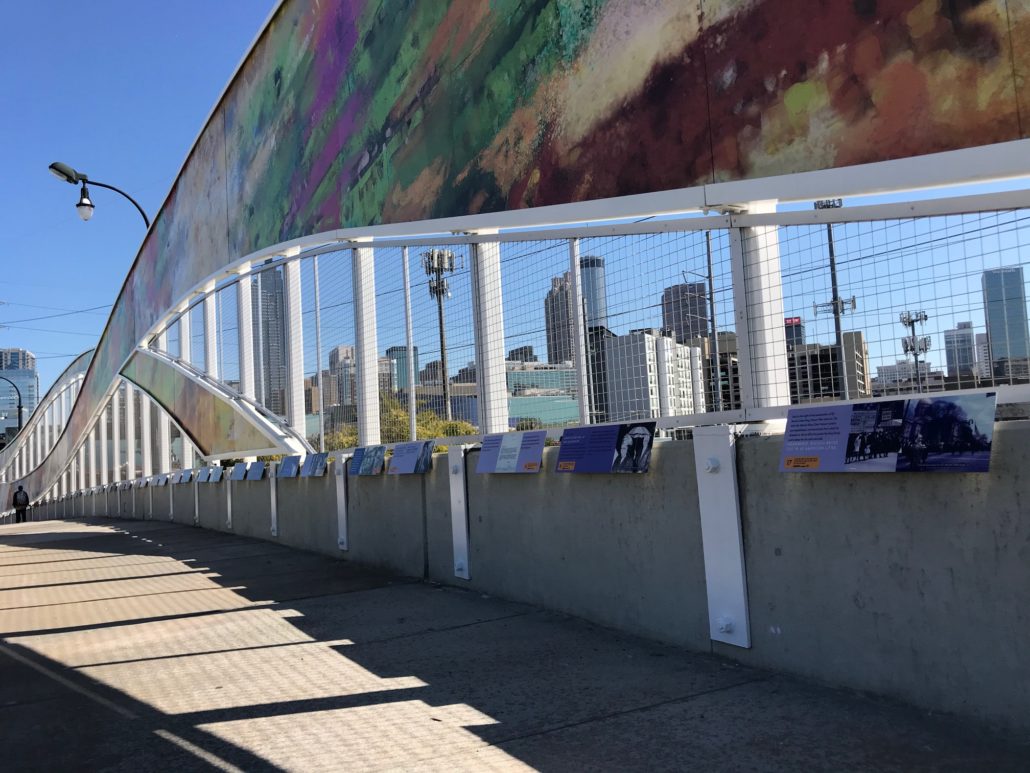