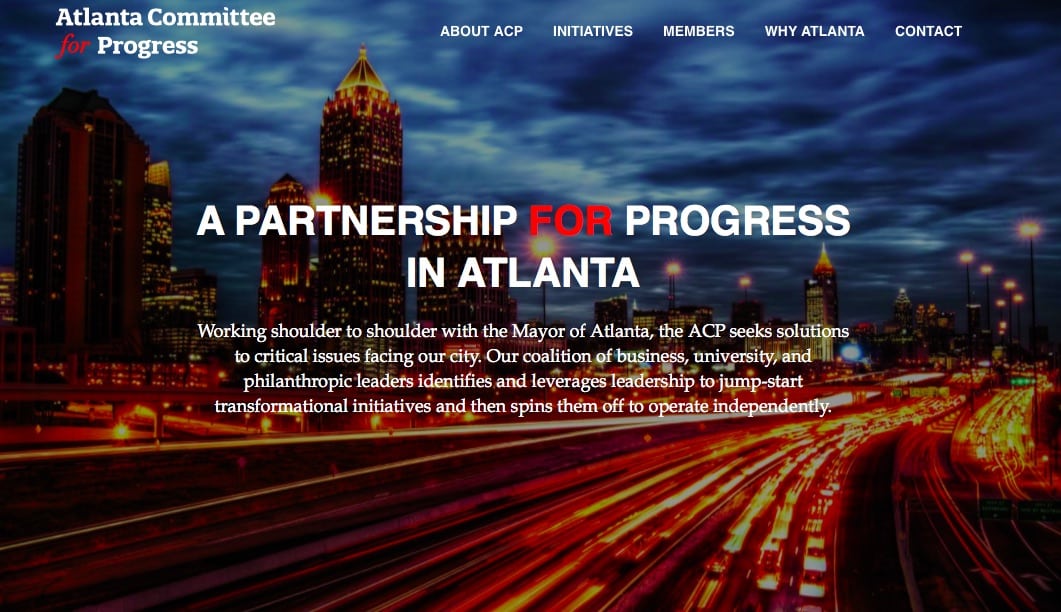 The Atlanta Committee for Progress, the high-level board of business and civic leaders convened by Mayor Kasim Reed, had its best turnout ever Friday morning – even though the mayor couldn’t be there in person.

Instead, Reed, who is in Washington, D.C. for a meeting on the TransPacific Partnership with President Barack Obama, was video-conferenced into the meeting thanks to the facilities at the Washington, D.C. City Hall and Georgia Power’s headquarters in Atlanta.

“Adventures with technology!” Jenna Garland, a spokeswoman for the mayor, wrote in an email. 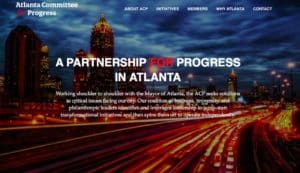 “It was a really good meeting,” said Paul Bowers, CEO of Georgia Power who chairs the Atlanta Committee for Progress, adding that the meeting addressed the city’s upcoming TSPLOST and MARTA sales tax vote, the Smart Cities initiative and the city’s infrastructure investments.

Speaking of the Smart Cities program, Bowers said “it is an imperative for this city to remain competitive. These are the things we must do.”

Among the plans include connecting the technology capabilities at the airport with the city’s transportation and security information systems, said Dan Gordon, the City of Atlanta’s chief operating officer.

ACP members did support a “Smart Cities” initiative for Atlanta as a priority. AT&T will offer expertise for the effort, but it will include other key partners, including Georgia Tech.

“We want to get ACP aligned on what is possible,” said Duriya Farooqui, ACP’s executive director, adding the effort would be anchored at Georgia Tech. “It’s an opportunity to that shouldn’t be lost, and the goal is to really make a seismic leap in making Atlanta a smarter city.”

“We were looking to ACP for feedback,” Gordon said.

One of the main discussion points was on the two transportation questions that will be on the ballot on Nov. 8 in the City of Atlanta. One calls for a 41-year .5-cent sales tax for MARTA, and the other is for a five-year .4-cent Local Options Sales Tax for transportation.

Mayor Reed told the business and civic leaders, during his one-hour video conference with them, that this would be “one of the most consequential votes in the life of the city,” according to Farooqui.

ACP members strongly supported both votes and offered their help.

Two new members also were added to ACP’s board: Russell Stokes, president and CEO of GE Energy Connections; and Tony Ressler, the majority owner of the Atlanta Hawks. Stokes attended the meeting, and Ressler has pledged to come to future meetings.

This was the first time in his seven year-tenure as mayor that Reed had missed a quarterly ACP meeting. Farooqui found out on Wednesday that the mayor would not be able to attend, but they were able to set up and test the video link between the City Hall in Washington, D.C. and Georgia Power before the Friday morning meeting.

Asked whether Atlanta’s City Hall had the same video-conferencing ability, Farooqui laughed, and said Mayor Reed had made note of that and had added something new to his wish list.