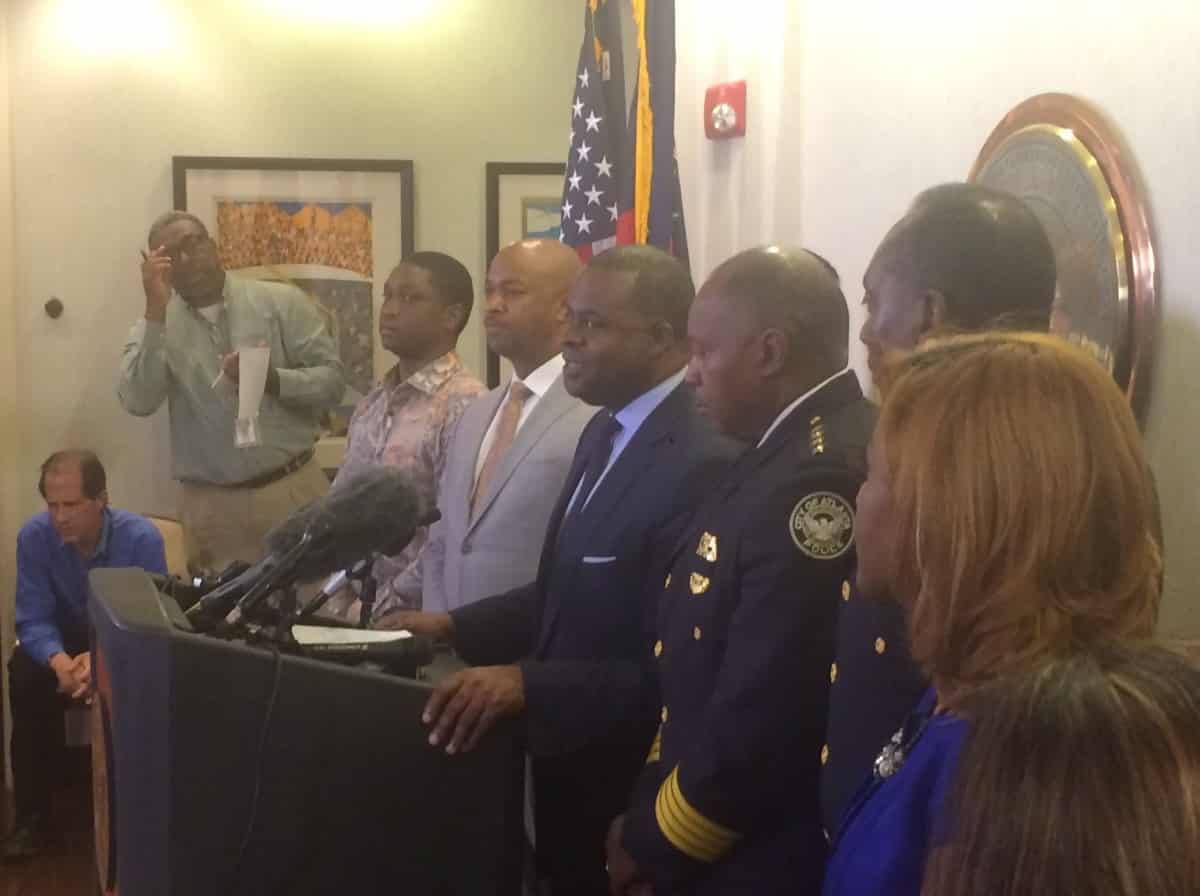 Atlanta Mayor Kasim Reed and his entire cabinet met in a closed session for more than two hours Monday morning with members of the Black Lives Matter movement and other people who have been taking to city streets protesting killings by police.

Because the meeting with protestors ran long, the mayor’s press briefing started 45 minutes later than scheduled. Reed explained he wanted to hear from protestors, and that he understood why the group of activists were feeling frustrated. 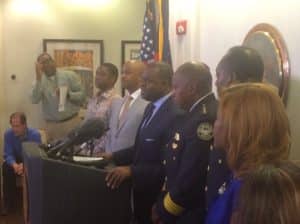 “What I heard most often is that folks want a different relationship with their police department,” Reed said at the briefing. “One of the comments that I made – I don’t want to make another city’s problem Atlanta’s problem.”

Many of the recommendations that were made by the protestors were items that Atlanta already has implemented, Reed said, adding that President Barack Obama’s administration has singled out Atlanta and 16 other police departments for their strong community policing practices. Reed went on to say that the Atlanta Police Department mirrors the demographics in Atlanta.

The group made 25 demands, which Reed described as heart-felt. “They were thoughtful and respectful. I will look at the 25 demands,” Reed said adding he would review which areas are necessary and appropriate for us to respond.

“While this was a good meeting, it doesn’t mean we are going to agree on everything,” Reed said. But he mentioned that the idea of Atlanta’s police officers undergoing an annual mental health screening could be a good suggestion given the tensions involved in protecting the public’s safety.

Reed also said he would consider a recommendation to rotate the duties of officers – especially those on really tough beats. The mayor also heard there’s a great deal of fear of gentrification – poorer people being pushed out as the City of Atlanta experiences an economic boom.

“There are some problems that are hard problems. You have to work on it to try to solve them,” Reed said. “We are committed to keep working on this. I don’t believe that meeting and listening is a sign of weakness. It’s a sign of caring.”

Both Reed and one of the protestors who spoke at the press briefing – Sir Maejor – spoke of Atlanta’s special place in history with the Civil Rights movement. 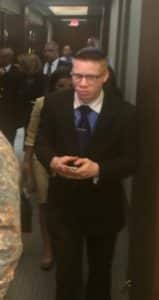 Sir Maejor, one of the leaders involved in recent protests, walks into the press briefing (Photo by Maria Saporta)

“Atlanta has a tradition of civic activism, and it is part of our success,” Reed said. “I really don’t believe this is a burden. I believe Atlanta is where it is because of its ability to work through hard moments. This is a hard moment.”

Police Chief George Turner reiterated that the Atlanta Police Department had 1.6 million encounters while there were only nine officer-involved shootings. Turner went on to say there have only been three shootings for the first half of the year.

“These tragedies we have seen in the news didn’t happen in Atlanta,” Maejor said at the press conference. “You are going to find people  protesting without a cause.” He added some protestors are only seeking publicity. “There’s a diplomatic way to about these things.”

When asked about Atlanta’s civil rights legacy, Reed said: “The best thing we can do is just live it and let our conduct speak for itself. The view of how we have handled things in Atlanta has been viewed very favorably nationally. The folks were watching how we behaved in the City of Atlanta.”

The mayor pledged to continue the conversation with the protestors.