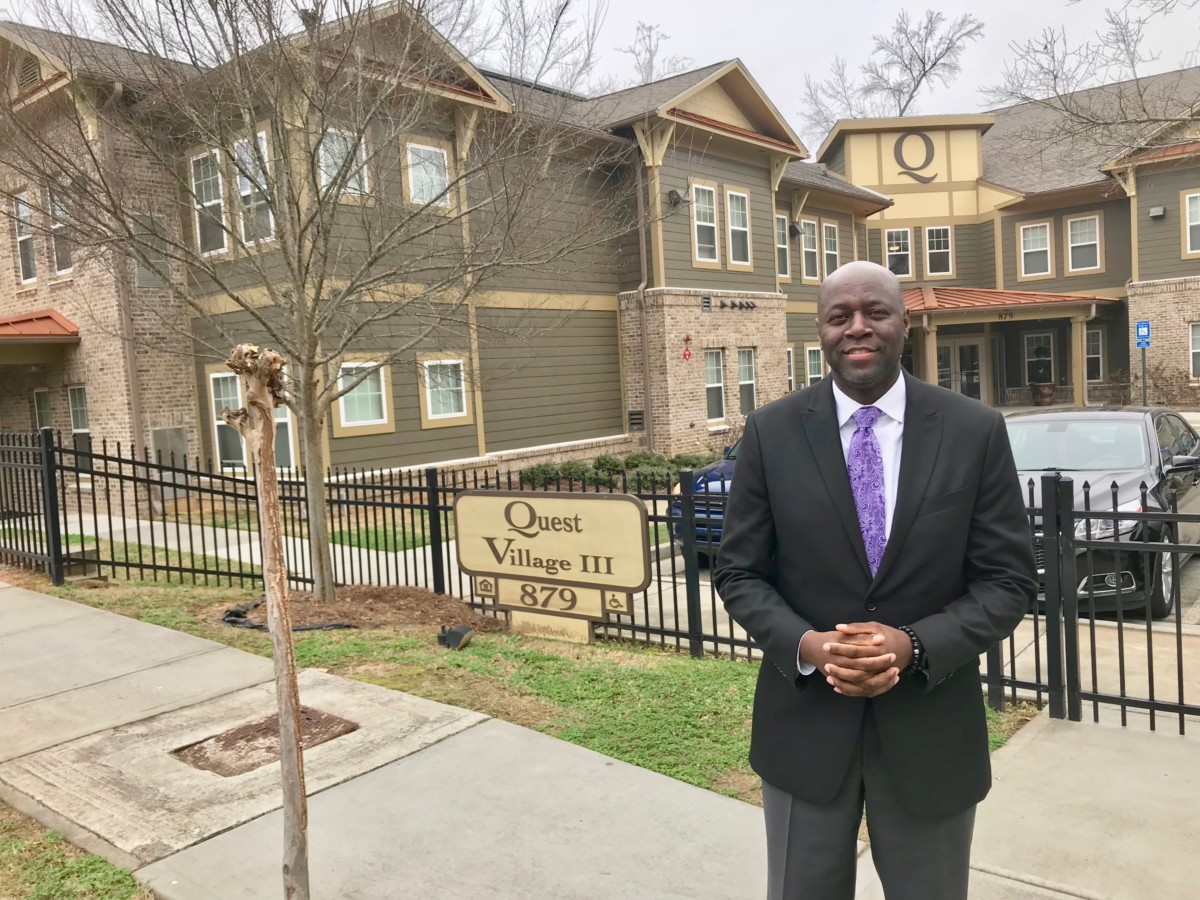 By Maria Saporta
As published in the Atlanta Business Chronicle on March 9, 2018

It was 2001 when Leonard Adams founded a nonprofit to provide low-income housing with support services in Atlanta’s Westside.

Over the past 17 years, the Quest Community Development Organization has developed several small affordable housing communities totaling 269 units and building $22 million in assets.

But that pales in comparison to Quest’s 2020 Vision Plan for the Westside.

“When it wasn’t cool to be here, I was here,” Adams said. 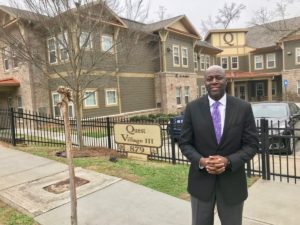 Today the Westside has become a favorite focus area for numerous corporations and foundations — including the Arthur M. Blank Family Foundation and the Chick-fil-A Foundation.

Adams, however, welcomes the company.

In fact, Quest has become a partner of many of the initiatives currently underway on the Westside.

On March 2, Quest joined forces with Atlanta Habitat for Humanity and CHRIS 180 celebrated the completion of a home at 484 James P. Brawley Drivethat will provide stability and safety to a formerly homeless family. The house will be the first of seven that will be built through a partnership of the three organizations.

Another example is Westside Works. Quest once provided workforce training for community residents, but when the Blank Foundation and other partners launched Westside Works, Quest got out of the training business.

“In 2008, we did our first development on Rock Street — Quest Village 1,” Adams said. “This entire street was abandoned. It was such a hard hit street. By buying up all this blighted and abandoned property, we helped stabilize the community.” 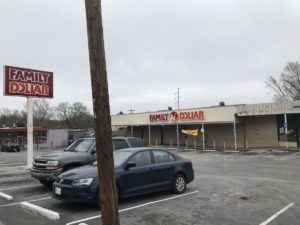 Quest renovated existing properties and built new developments to house people on the lowest rung of the economic ladder.

During a visit to one of Quest’s earlier developments, which caters to formerly homeless residents, Adams said each person has a story to tell. They are people with disabilities or have substance abuse issues or suffer from mental illnesses, and Quest provides them with support services such as counseling and social work.

“These residents actually held the community together until the improvements came,” Adams said. “These individuals weathered the storm, and now they can’t even live in the community.”

Adams is committed to doing what he can to make sure there is affordable — truly affordable — housing in the Westside neighborhoods.

For example, it is developing Quest Commons West — a 53-unit development with only 10 percent being leased at market rate. Seventy percent of the units will be leased at 60 percent of area median income (AMI) with 20 percent at 30 percent AMI — residences that also have support services.

(By comparison, when the City of Atlanta requires developers to provide affordable housing, it usually requires either 10 percent at 60 percent AMI or 15 percent at 80 percent AMI).

Quest also is developing a fully-funded $6.7 million multifamily development in Grove Park for older residents with 40 units available at 30 percent AMI or lower. 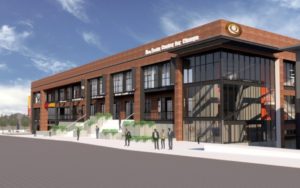 Artist rendering of how the retail complex will look when Quest develops it as the Quest Non-Profit Center for Change (Special: Quest CDC)

And Quest has been branching out to commercial developments. It recently bought the Family Dollar store on Lowery Boulevard next to Westside Works, which it will be redeveloping into Quest Non-Profit Center for Change.

Construction on the 30,000-square-foot Center — an $8.9 million development (80 percent of the money has been raised) — will begin in August. It will house a fresh food market, a coffee shop, shared work space, a financial center as well as a brand new and improved Family Dollar store.

For Adams, Quest is the culmination of a journey.

“I’m a social entrepreneur from Detroit,” said Adams, who completed his undergraduate studies at Knoxville Collegein Tennessee, received an MBA from Kennesaw State Universityand served in the U.S. Army.

Adams moved to Atlanta in 1994 to work for his family business — a labor pool for people who “work today, and get paid today.” That’s how Adams gained insights into Atlanta’s homeless population and decided to try to offer low-cost housing.

It didn’t take long for the place to deteriorate because renters did not take care of the place. And worse, it became a place where people were using and dealing drugs, and Adams had to find out the difficulties involved in evicting people.

“I sold the employment agency in 2000,” Adams said. “I decided that I was going to learn about crack cocaine. I knew drugs were the No. 1 problem.”

Adams sought guidance from counselors in the neighborhood. “We put a counselor at the house and offered services at the house,” said Adams, explaining how Quest began with his initial investment of $30,000.

Since then, Quest has created a variety of residential options — a spectrum that ranges from short-term housing (90 days or less) to permanent housing for people with a variety of needs.

Among the populations served by Quest are formerly homeless veterans and people who have disabilities, mental illness or substance abuse issues.

During a tour of one of the Quest communities, a well-maintained facility with a full range of amenities, a counselor was holding a group session for residents.

Longtime resident George Bryant proudly opened his apartment to visitors. Bryant, who receives disability payments, has been living in the Quest community since 2010. Unprompted, Bryant said, “The people who run this place are good people.”

Previous Article
“How can theater artists help communities tap their rich cultural assets for economic and civic development?”
Next Article
As e-bikes loom as commuting option, Atlanta scrambling to regulate their use