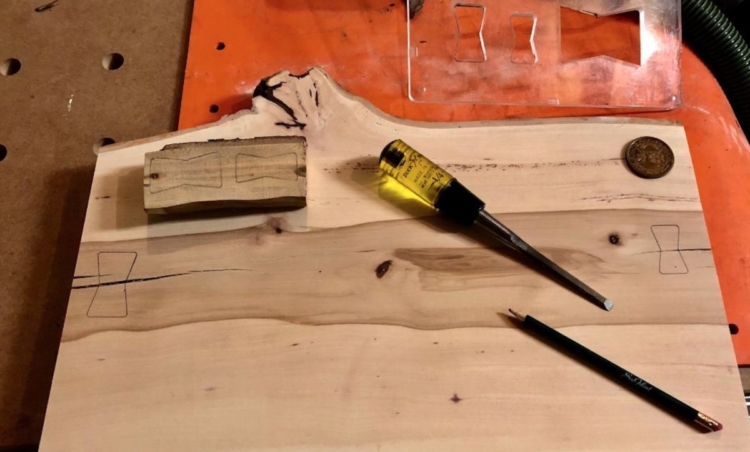 By Guest Columnist RONNY JUST, a worker of wood

My German grandfather was sometimes described as stoic and unemotional. For many years I was unable to reconcile that description with my observation of the man’s passion for shaping red cedar – from his farm outside Austin, Texas – into treasured family heirlooms. 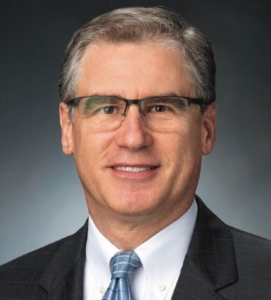 Looking back, I’m convinced his emotions were expressed through his craftsmanship. The most precious of these is a large rosary he hand-made in his work shed for my grandmother.

Watching him shape wood into things that have meaning obviously made an impression on me. I have always played around with wood, but a decade ago a limb fell from an ancient red cedar that my Georgia grandmother planted many years earlier outside Waycross, Georgia.

On what would have been her 100th birthday, I took that limb that fell, and fashioned small crosses for the entire family.

A passion was ignited. Later, a section from a stately sycamore – recovered from my mother’s front yard – became a bowl. A red oak downed by an ice storm in Hall County, Georgia was shaped into a bench and donated to the Georgia Department of Natural Resources’ Weekend for Wildlife … and a small piece also became an element of a new doll house for my granddaughter.

As these gifts and donations to non-profits became more frequent, the offers of raw, and rare samples of wood, flowed from friends and perfect strangers into treasured stacks of stories in my workshop. 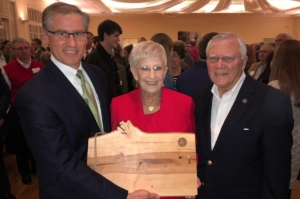 Woodworker Ronny Just (left) stands with First Lady Sandra Deal and Gov. Nathan Deal at the ceremony where the Deals accepted the cutting board made of wood from trees that fell at the Georgia Capitol and U.S. Capitol. Credit: Homer Bryson

They include a bald cypress knee from along the Satilla River; a complex-grained slab of a decades-old black walnut from Habersham County, an evergreen that served as a Christmas tree from the grounds of the Governor’s Mansion; the trunk of a red cedar from the edge of the Active Oval at Piedmont Park; Pecan ripped up by its roots in Southwest Georgia by Hurricane Michael; and live oak from the Wormsloe Historic Site near Savannah. And the treasure of treasures: A section of pecan that was planted on the Georgia Capitol grounds around the time of its completion in 1889.

The only declined piece to date has been a large limb from the Marietta Square that was offered on the same afternoon I was driving my wife home from a doctor’s appointment. I love wood … but made the right decision that day.

Laura Fermi has observed that, “trees are silent and monumental witnesses to human restlessness….” The organic link between humans and wood is primordial, if not spiritual. I have seen people weeping over the fall of a special tree that had been witness to the sweep of time. 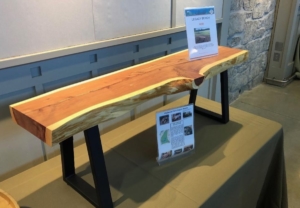 Once a magnificent red cedar at Piedmont Park, the fallen tree has been tooled into a bench/coffee table and included in the 2018 Party for Piedmont Park, to raise money for the park. Credit: Ronny Just

And I have enjoyed transforming wood that is special or from special places, and the emotions recipients experience when that wood is memorialized into something that is lasting. Woodworking is more fulfilling than my golf game, and about the same cost. I have been humbled to share this hobby with non-profits, co-workers, friends, neighbors, family members, including my mom, and patrons such as community and business leaders, prominent athletes, and others.

I truly believe somewhere between 320 and 400 grit sanding, God reveals thru the grain what his fingertips have been about for the last 100 years. At that moment I also see again my grandfather’s passion hidden under his stoic shell.

Note to readers: Ronny Just is a 34-year Georgia Power employee and part-time seeker of wood that matters. 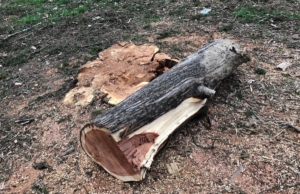 An eastern red cedar that lived more than 100 years near Piedmont Park’s area now known as the Active Oval fell during a storm in September 2017 is on its way to its next role. Credit: Ronny Just 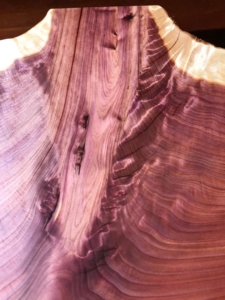 The rich texture of the grain in this red cedar developed over the course of its 100-year or so life span at Piedmont Park. Credit: Ronny Just 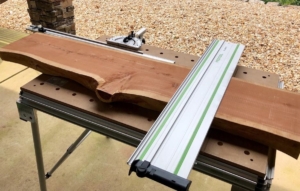 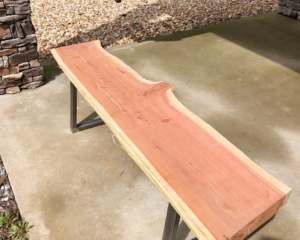 Now mounted on legs, the piece of wood from a fallen red cedar tree in Atlanta’s Piedmont Park is taking shape as a coffee table or bench. Credit: Ronny Just 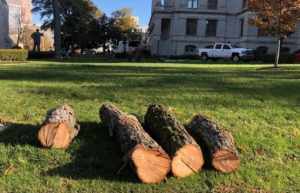 A pecan tree thought to have been planted at the state Capitol around 1889 was cut for its age and disease, and prepared here for its lift as ‘wood that matters.’ Credit: Ronny Just 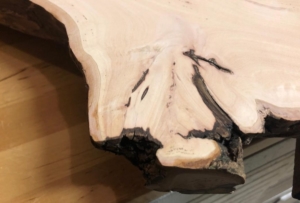 The texture of this pecan tree took shape on the grounds of the state Capitol during the administrations of about 34 governors. Credit: Ronny Just 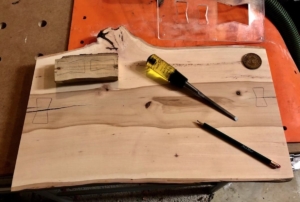 The locations for the bowties are marked on the wood that is taking shape from a piece cut from a pecan tree taken from the grounds of the state Capitol. Credit: Ronny Just 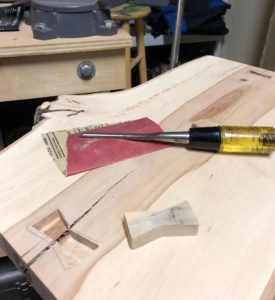 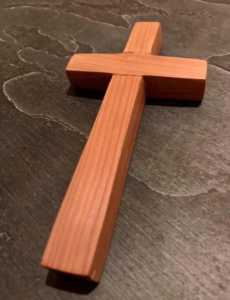 Woodworker Ronny Just crafted crosses for his family from a red cedar tree that had been planted by his grandmother outside Waycross. Credit: Ronny Just 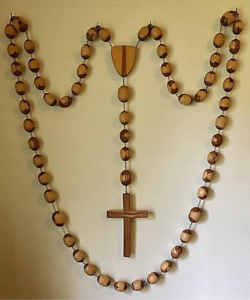 In a work shop near Austin, Texas the grandfather of woodworker Ronny Just crafted this rosary by hand, a mark of the emotion he felt and shared with family. Credit: Ronny Just