A regional effort to build a regional arts and cultural mindset is losing its leader.

Flora Maria Garcia, CEO of the Metro Atlanta Arts & Culture Coalition, will become the new president and CEO of the United Arts of Central Florida starting May 29.

Garcia has been CEO of MAACC since 2007, when she succeeded Bill Nigut, who is now the Southeast Regional director of the Anti-Defamation League.

MAACC has been an organization that has been working with the major counties in the Atlanta region and with the dozens of arts and cultural organizations in the metro area.

In the past year, Garcia and the MAACC team have been partnering with the Atlanta Regional Commission to conduct research on “Creative Industry” data and co-hosing public forums on the value or arts and culture in economic development, regionalism, education and quality of life. 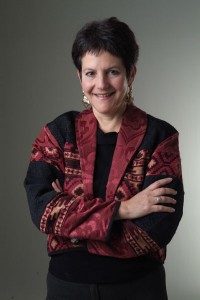 The goal, in a partnership with the ARC, has been to conduct metro Atlanta’s first regional cultural plan.

“It has been a privilege to work with metro Atlanta’s dynamic cultural community and its leadership,” Garcia said in a statement. “Atlanta’s cultural community is a powerful economic and tourism driver — it is what makes Atlanta a great city and a wonderful place to live.”

Garcia went on to say that she will miss metro Atlanta, but she hopes “that efforts in the near future are successful in securing a much needed dedicated funding stream for the arts so that the industry can continue to thrive.”

For several years, Garcia and arts organization had been trying to get the state to approve legislation for local governments to pass a fractional sales tax of which part of those revenues would go to supporting cultural organizations. That legislation came close to passing a couple of year in a row, but it died at the end of the session.

Mara Holley, chair of MAACC who works with Wells Fargo, said the organization will continue its work.

“Flora Maria’s contribution to the arts and culture community has greatly benefited the Atlanta region and the State of Georgia,” Holley said. “We will continue to build upon the foundation she has helped build.”

In her new role, Garcia will be running a private nonprofit that is composed of 164 businesses, eight governments and school districts, 38 foundations, more than 50 arts and cultural organizations, and 3,188 artists and individuals.

The Orlando partnership began in 1989, and it has invested more than $117 million in local cultural organizations and education. The agency has a budget of about $6 million and a staff of six people.