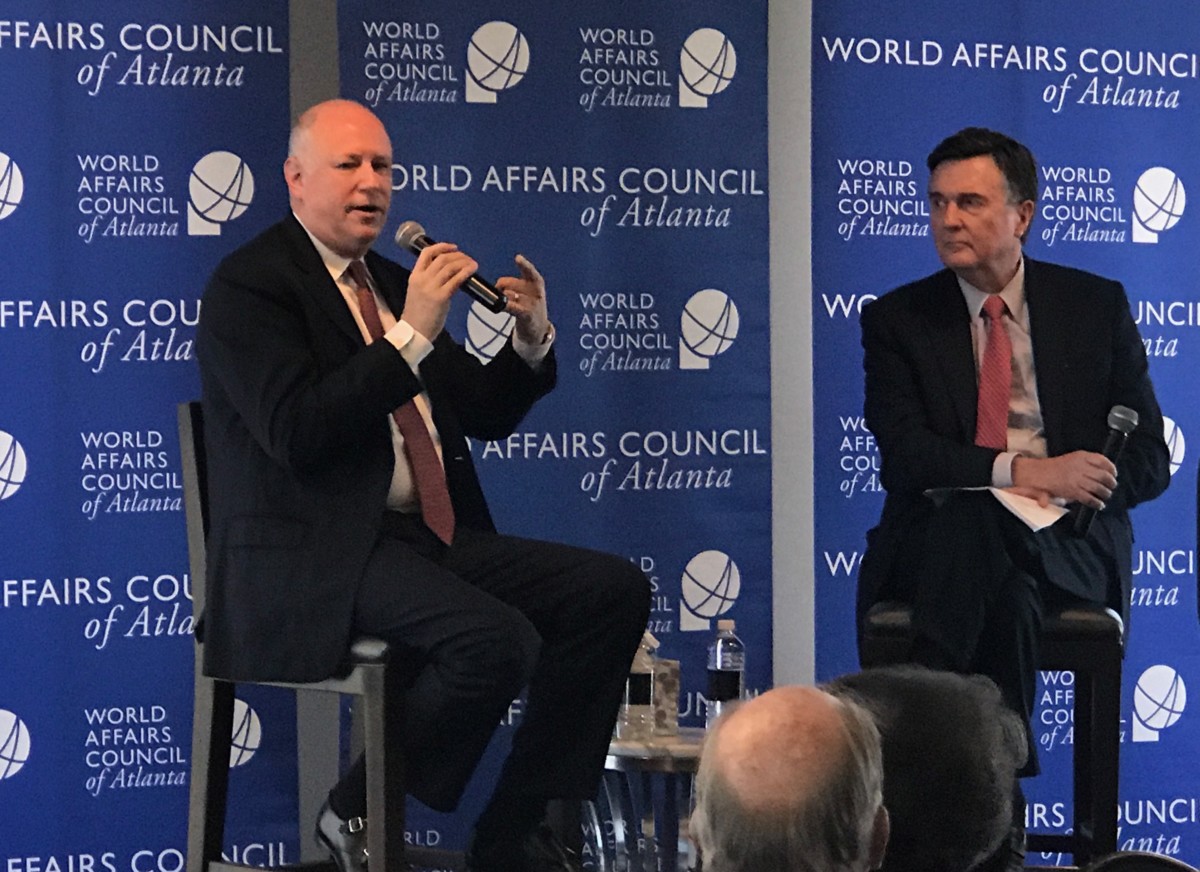 Atlanta’s chances of getting Amazon’s second headquarters is looking pretty good, according to Jeffrey Sprecher, CEO of InterContinental Exchange (ICE)who is this year’s chairman of the Metro Atlanta Chamber.

Sprecher shared his views Thursday during a conversation with Dennis Lockhart, the former president of the Federal Reserve Bank of Atlanta, at a lunch program organized by the World Affairs Council of Atlanta held at the Commerce Club.

“We have a really good chance,” Sprecher said in response to a question about Amazon. “We have an amazing infrastructure here that allowed our company to grow, not the least of which is Hartsfield-Jackson International Airport.”

Sprecher said Atlanta also have become a city that is more appealing to millennials. 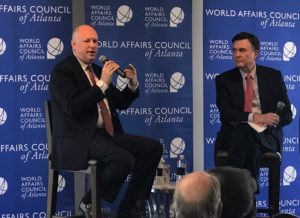 “I remember being asked to put money into a bike path – millions of dollars,” Sprecher said about the fundraising effort to develop the Atlanta BeltLine. “Thank God that bike path is there. It has fundamentally changed the way we think about our city.”

Amazon received proposals from 238 communities interested in luring the headquarters.

Sprecher referenced several studies and odds-makers that have put Atlanta either at the top or near the top of cities favored to win the Amazon HQ2 bid. He said he agreed with that analysis.

They “have come together for issues that matter, and it’s been a phenomenal partnership,” said Sprecher, adding that leaders in Atlanta and Georgia have worked through those issues before. “I think it will work out.”

Most of Sprecher’s conversation with Lockhard at the World Affairs Council centered on how Atlanta-based ICE has grown over the years, and the notoriety it has received for acquiring the New York Stock Exchange.

Sprecher actually bought the company for $1, and he was able to seize opportunities to grow the financial services and market exchange so that it now has a market cap of $38.6 billion.