By Guest Columnist WYATT KENDALL, an attorney with the Southern Environmental Law Center specializing in land use and transportation

The program is the primary federal source of capital funds for big-ticket transit projects like subways, light rail lines, and bus rapid transit systems. Dallas, Denver, Houston, Minneapolis, and Salt Lake City were all among the cities who cashed in.

Atlanta stood on the sidelines for the fifth year in a row.

The announcement of New Starts winners should serve as a wake up call for the sidelined Atlanta region. Not only are our competitors forging ahead with major transit investments even during these lean economic times, they are also raising and leveraging local and state funding to pull down millions of federal dollars to help double their investments. 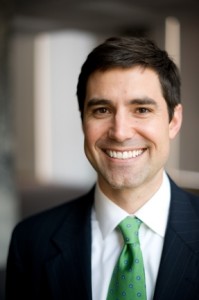 The single biggest obstacle for Atlanta in competing for New Starts funding is its inability to meet local matching requirements. Georgia is one of only a handful of states that has no dedicated revenue source for transit, and historically has been loathe to tap the general fund.

This forces the region’s transit providers to rely on local sales tax revenue for funding, which leaves them vulnerable to economic ups-and-downs and with little room to offer matching funds for the New Starts Program. Compounding matters, MARTA has been required to spend half of the revenue it collects on capital costs and half on operating costs, making it near impossible for the region’s largest transit provider to show the FTA that it has the resources to recapitalize and operate the existing system and to pay to expand the system.

Atlanta’s struggle to compete for New Starts funding illustrates a much larger problem for the region. It wasn’t long ago that Atlanta was considered a leader in developing inner-city rail. When Atlanta began construction of MARTA over three decades ago, Dallas, Denver, Houston, Los Angles, Portland, and Seattle had not laid a single mile of track.

Fast-forward 30 years, however, and it’s a completely different story. The MARTA rail system remains essentially unchanged despite Atlanta tripling in size, while our competitors have built and expanded their transit systems. (Click here for a great youtube illustration). These other cities have tackled transit funding challenges head-on, finding solutions to raise revenue, stretch local resources, capture New Starts funding, and keep costs down.

Fortunately, Atlanta has an upcoming opportunity to make up lost ground. Regional leaders will soon finalize a list of transportation projects to put before voters in a special sales tax referendum next year, pursuant to Georgia’s Transportation Investment Act (TIA).

If passed, the region would raise roughly $7 billion over the 10 year life of the tax. As the first real opportunity for Atlanta to fund transit since the creation of MARTA in 1971, it is vital that the project list dedicate a significant chunk of money to transit.

Critics argue that the upfront capital needed for rail projects eats up too much of the $7 billion available and therefore should not be included on the TIA project list. What they fail to consider, however, is that no major transit project in the country has ever been built using only one funding source, and that there are ways to reduce Atlanta’s local share.

Instead of folding our hands and settling on more road projects, we need to move aggressively on transit. That means tapping additional funding sources and leveraging regional sales tax revenue so that we can minimize transit capital costs and make room for more transit projects.

First, the Atlanta region should attempt to leverage regional sales tax revenue to capture New Starts funding. Even as talks of major cuts in federal transportation spending gain momentum, Atlanta will surely have an opportunity to compete for a substantial, albeit reduced, amount of transit funding in the future. Successfully competing for funding would allow Atlanta to double down on its investment and keep its competitors at bay.

Second, Atlanta should take greater advantage of the flexibility in federal-aid transportation programs. Several federal-aid highway programs give Atlanta the ability to transfer highway funds to transit projects. The Atlanta region, however, has only sporadically utilized this tool.

Better use of these flexible programs moves Atlanta one step closer towards more diverse funding of regional transit projects, which only helps its chances of acquiring New Starts funding.

This same tool helped to develop Atlantic Station. The Georgia Redevelopment Powers statute specifically provides for the establishment of tax allocation districts where tax increment financing for mass transit projects can be pursued.

Both Salt Lake City and Denver have used PPPs to build light rail lines on time and under budget, while Vancouver has brought in a private partner to design, build, partially finance, operate, and maintain a new light rail line out to its airport.

Now is the time for the Atlanta region to get off the sidelines. Favorable interest rates and affordable construction and labor costs leave no time to waste. A strong commitment to transit in the TIA project list and sound supporting policies will put Atlanta back in the game.