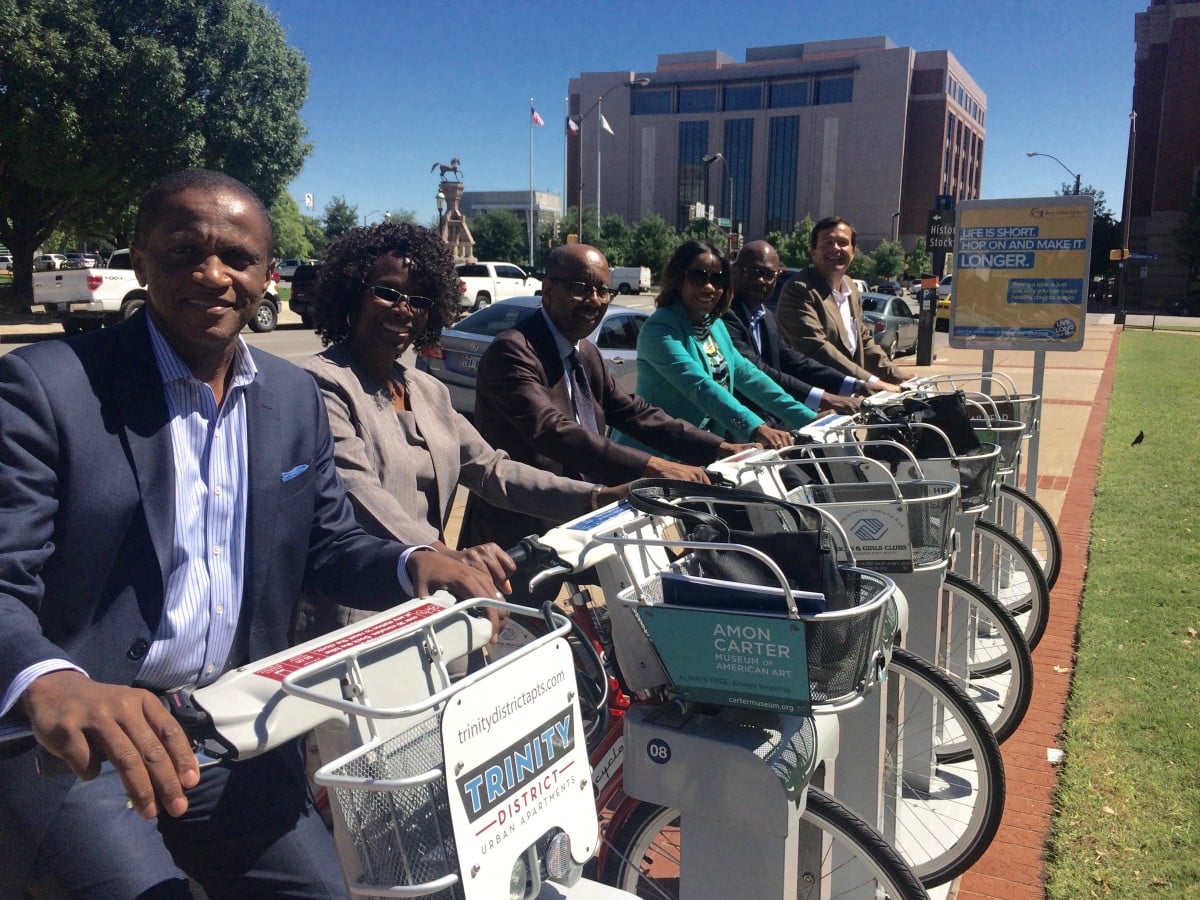 On the 20th anniversary of the regional LINK trips to different North American cities, the 2016 delegation arrived ahead of schedule Wednesday – giving the group an opportunity to tour Sundance Square in downtown Forth Worth.

“Look how clean it is,” remarked Emory Morsberger, head of the Stone Mountain Community Improvement District. “I don’t even see any cigarette butts on the ground.” 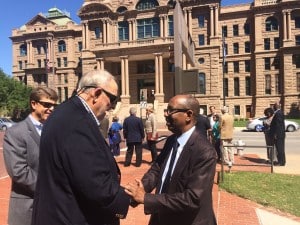 Jim Rhoden of Cobb County greets DeKalb’s Robert Brown on the 20th annual LINK trip. They are standing in front of the Tarrant County Courthouse in Fort Worth (Photo by Maria Saporta)

Sundance Square reminded David Allman, chairman of Regent Partners and on the board of the Georgia World Congress Center, of a miniature version Centennial Olympic Park with its ground-level fountain inviting people to get wet.

This is the second time Atlanta’s LINK has come to the Dallas-Fort Worth Metroplex. The last time was in 1999, when Atlanta leaders were able to hear about how its top competitor in the country wanted to develop.

Betty Willis, an Emory University executive who went on her first LINK trip in 1999, said she was interested in finding out whether the Metroplex had been able to build out its plans over the last two decades. She already knew one of the answers. The Texas metro area has more than 90 miles of light rail transit connecting its inner cities to its fastest growing suburban areas.

Roswell Mayor Jere Wood was glad to see Fort Worth had a bike share program, and he said the area was so flat, it would a good place to ride. 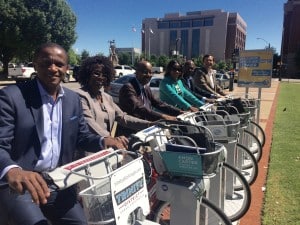 In the meantime, Willis said Atlanta hasn’t done much to expand its transit. MARTA has about 45 miles of rail, but most of that was put in the ground before 1999.

Kerry Armstrong, chairman of the Atlanta Regional Commission – which organizes the LINK trips, called out three people who have been on all 20 of the LINK trips: Randy Hayes, a real estate developer in Fayette County, Robert Brown, an architect based in DeKalb County; and Bill Bolling, the founder of the Atlanta Community Food Bank.
The LINK delegation will be in Dallas-Fort Worth until Saturday morning. It is expected to hear from Dallas Mayor Mike Rawlings at its dinner Wednesday evening at the Nasher Sculpture Center. 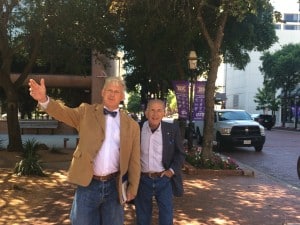 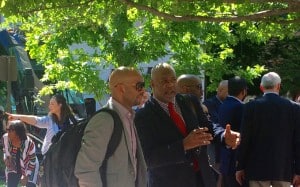 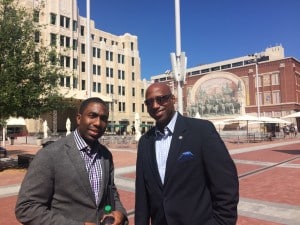