Metro Atlantans must organize to prevent privatization of MARTA

For many years now, there has been discussion at the state legislature about privatizing MARTA. In recent weeks, it has intensified.

In fact, the chair of the MARTA legislative oversight committee, MARTOC, state Rep. Mike Jacobs, has said that “privatizing some MARTA functions is essential.”

Privatization is being presented as a necessary move because of MARTA’s ongoing financial crisis. MARTA predicts a $33.29 million deficit this year. Just as we saw with Grady Memorial Hospital or the proliferation of charter schools, seizing public services by private interests is the preferred choice of many politicians when dealing with institutional financial problems.

What does privatization mean?

Essentially, it is the transfer of public assets and services owned and performed by government agencies to businesses and individuals from the private sector.

Privatization results in the replacement of public participation and institutional responsibility with a profit motive. 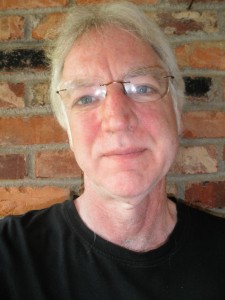 Private sector decision-making is private – the community has no rights to discuss and make policy. Instead of people governing, markets govern. Instead of service-providing, making money becomes the driving force.

The people who suffer the most from this policy are those who have been traditionally marginalized from the seats of power – the poor, the working class, people of color (especially women), and those with disabilities.

Who is responsible for the fact MARTA is continually in crisis? The answer is found in MARTA history.

MARTA was a public system set up to fail because of its funding structure. MARTA’s operating budget depends on what it collects at the fare box and the 1-cent sales tax that Fulton, DeKalb, and the city of Atlanta agreed to levy in 1971 in order to create the system. In Gwinnett and Clayton counties, the political leaders of that day used racist language coded in the rhetoric of “transit brings crime” to stoke bigotry and the fears of their residents, thus persuading them to reject both the sales tax and MARTA.

This meant a “metropolitan” system was reduced to serving just two counties. The other huge factor in this set-up has been the fact that MARTA is the largest transit system in the country to receive no operating help from the state.

Privatization has a proven track record of failure.

For example, the privatization of the Atlanta water and sewer system in 1999 led to the city cancelling its contract with United Water after four years of terrible service.

MARTA brought back in-house its paratransit service in 1997 because of all the problems with the private contractor, Dave Transportation. In 2004, the British multi-national, First Transit, began operating the CTRAN buses in Clayton County. Three years later, MARTA took over the service.

The bottom line is that the profit motive has no place in public transit. There are some necessary services that a society provides that are not designed to make a profit – fire, police, libraries, schools, and mass transit.

Other funding mechanisms, including state funding, must be found to restore MARTA to its rightful place at the core of any regional system that will be developed in the future. The state contributes nothing to help MARTA operate but saw fit to create an oversight committee, MARTOC. It is the only such oversight committee of a non-state entity at the Capitol. The state gave itself the power to restrict how MARTA spends its money and denies its ability to run its own affairs.

Additionally, the state refuses to utilize any of its gas tax revenue to support operations for MARTA and public transit. All the gas tax money goes toward majority white-owned and operated road-building companies. This disproportionately benefits car owners who are mostly white.

Simultaneously, the denial of resources to MARTA adversely impacts transit dependent MARTA riders and transit workers who are mostly black.

These examples illustrate the continued presence of Southern racist paternalism by the state in regards to MARTA.

In order to correct this injustice that has had such influence on the lack of development and maintenance of MARTA, it will take a social movement led by those most affected to demand that MARTA remain in the hands of the people not the profiteers. Throughout the South’s history, the struggle against transportation racism has always been about human rights, social justice, and fair treatment.

Grassroots organizing will need to take place on bus routes, at workplaces, and in the community. Coalitions will need to be formed led by those constituencies who will be most affected by privatization – seniors, people with disabilities, the transit dependent, union workers, and the youth – to organize against any moves to sell to the private sector what the people of Fulton, DeKalb, and the city of Atlanta have paid for over the last 40 years.

The Atlanta Public Sector Alliance urges all residents of Metro Atlanta to stop this take-over of public assets for the enrichment of a private few. Let’s organize for a regional transit system that is just and equitable, democratic and well-funded, with universal design to facilitate the mobility of all.

Only a public MARTA can achieve these goals.