The Regional Business Coalition of Metropolitan Atlanta, in conjunction with the Georgia Association of Water Professionals and the Council for Quality Growth, co-hosted a lunch last week to discuss the Army Corps of Engineers’ role in determining metro Atlanta’s future water supply.

U.S. Senator Johnny Isakson; Jud Turner, director of the Georgia Environmental Protection Division; and Col. Jon Chytka, regional commander of the U.S. Army Corps of Engineers; spoke to a packed house of almost 150 business leaders, environmental activists, elected officials and water professionals about the importance of working with the Army Corps as it updates the Master Water Control Manual for the Apalachicola-Chattahoochee-Flint (ACF) river basin.

This update, poised to establish metro Atlanta’s future water supply, is long overdue as the last approved Master Water Control Manual for the ACF was completed in 1958.

The water allocation the Army Corps establishes in this manual will directly impact our region’s future growth because nearly every county in metro Atlanta gets some, if not all of their water, from Lake Lanier or the Chattahoochee River.

It is well known that in 2011 the U.S. Court of Appeals overturned Judge Paul Magnuson’s ruling and established that the Army Corps has the authority to allocate water from Lake Lanier and the Chattahoochee River for metro Atlanta’s future water supply. The metro Atlanta region still awaits the Army Corps’ decision on how much water can be withdrawn from those sources, which is what the water control manuals will do. 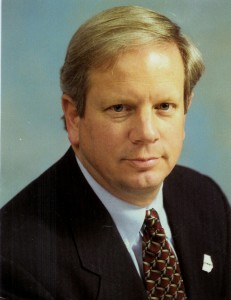 The U.S. Court of Appeals ruling directed the Army Corps to determine how much water should be allocated in Lake Lanier for metro Atlanta’s consumption while also balancing downstream needs on the Chattahoochee River.

However, the outcome of the Army Corps’ decision is not yet clear.

The Corps could decide to allow the metro Atlanta region to withdraw enough water from Lake Lanier to meet present day demand, future demand or any other amount. While it is unlikely, but possible, the Corps could even set withdrawal amounts equal to the demands existing 50 years ago when the original ACF water control manual was adopted.

Clearly, metro Atlanta’s future access to water and our subsequent growth is at stake with the outcome from the Army Corps updated Water Control Manual.

The Army Corps plans to complete its analysis of the water needs of the entire ACF basin by August 2015 with public comment taking place through September 2015.  The final ACF Water Control Manual is planned for approval in November of 2016.

While the Army Corps presses forward with its mandate to update the ACF basin manual, Florida is attempting to bypass this process by suing Georgia in the U.S. Supreme Court. All Georgians must be united in our opposition to this pre-emptive strike by Florida to both usurp the decisions of the U.S. Court of Appeals and undermine the Army Corps efforts to balance the needs of all Georgia, Florida and Alabama residents.

Metro Atlanta’s and Georgia’s future growth depends on the Army Corps “getting it right” when it updates the ACF basin Master Water Control Manual.

Last week’s conversations between the Regional Business Coalition of Metropolitan Atlanta, the Georgia Association of Water Professionals, the Council for Quality Growth, state leaders and Army Corps of Engineers Regional Commander Col. Jon Chytka confirmed that the way the Army Corps will “get it right” is by hearing and receiving input from all water users in the metro Atlanta region.

Our organizations will continue a dialogue with state leaders and Col. Chytka to acknowledge that the future growth of metro Atlanta and Georgia depends on an updated Apalachicola-Chattahoochee-Flint Water Control Manual that accounts for and allocates sufficient water for metro Atlanta while balancing the needs of all Georgia, Florida and Alabama residents.