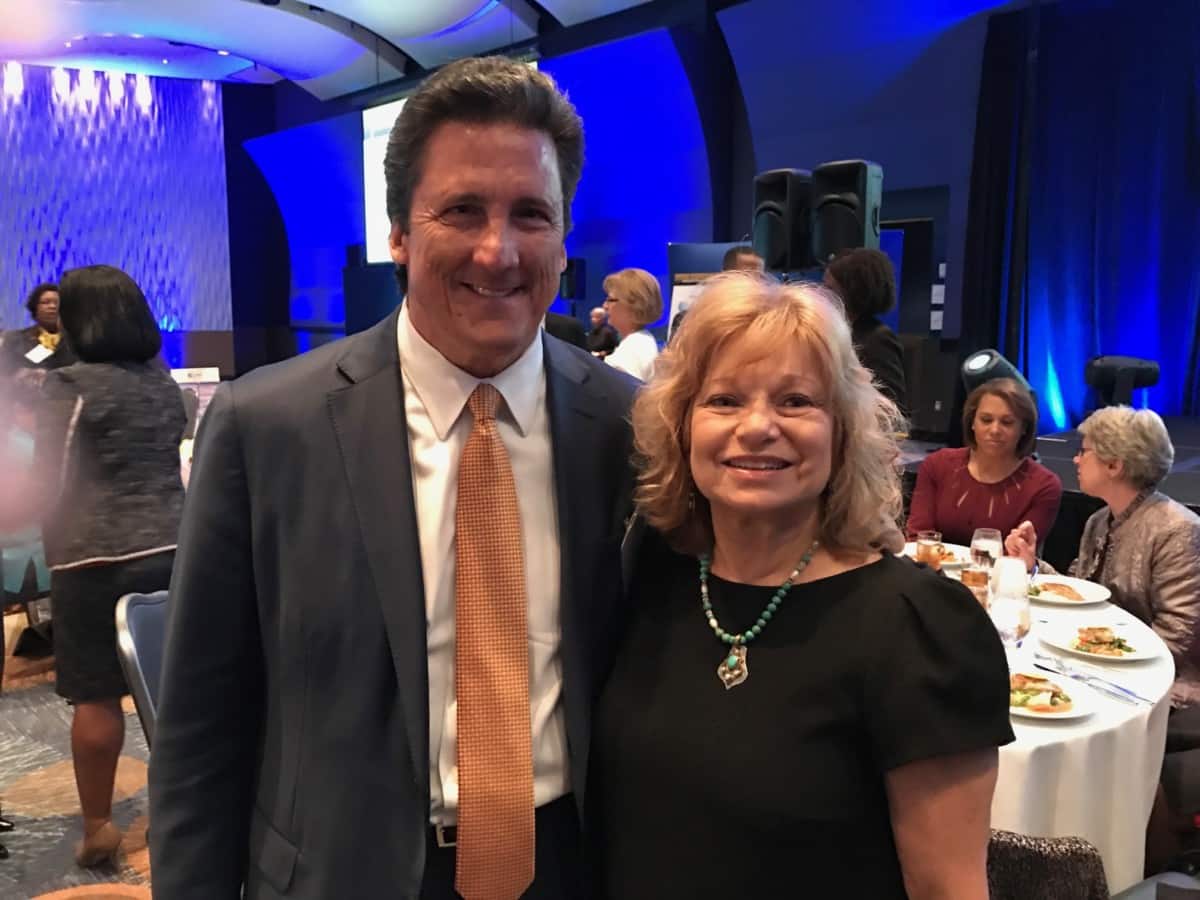 The 79th annual meeting of the DeKalb Chamber of Commerce on Thursday featured Bill Hornbuckle, president of MGM Resorts International, as its keynote speaker.

It was a bit unusual because the state legislature is considering bills that would permit voters to allow casino gaming with a resort – but it is virtually predetermined that the main location would be in Fulton County, state’s most populous county located just west of DeKalb. Of course, the lunch was held at the Georgia Aquarium, which also is in Fulton County.

Hornbuckle, who was introduced by state Rep. Michele Henson, was seeking to build support for a resort casino in the region. MGM Resorts is a Fortune 500 company with 18 properties licensed in eight jurisdictions. It has revenues of about $10 billion in revenues.

“We’ve had several conversations with Frank Poe (the executive director of the Georgia World Congress Center Authority),” Hornbuckle said – hoping to build a partnership with the convention center and the company’s other properties – primarily in Las Vegas. “It could be where east meets west.”

Hornbuckle used much of his talk to say that Georgians already support casino gaming, just in other states. He referenced an “outside research” study that estimated Georgians spend $600 million at out-of-state casinos.

If Atlanta had a casino resort, Hornbuckle said it would be a $2 billion facility, and it would become one of the largest taxpayers in the county where it would be located. It also would employ about 4,000 people, he added.

Horbuckle also addressed the concern that a resort casino would compete with other local destinations, such as the Fox Theater and the Woodruff Arts Center.

“While we sell a lot of entertainment, it does not dominate everything we do,” Hornbuckle said while showing a photo of the Fox Theater in Detroit. “While we appreciate the concern, and it’s a valid concern, we have found ways to work with the community.” 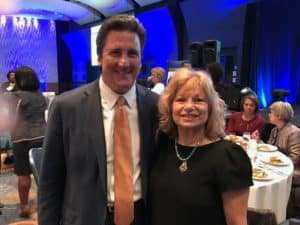 Later he added: “We are truly here to complement and not duplicate.”

Meanwhile, a committee hearing on casinos at the state legislature that had been scheduled at the same time was canceled Thursday.

Katerina Taylor, president of the DeKalb Chamber, said the organization was not seeking to provide a platform for MGM Resorts. Instead, it was an opportunity for the chamber members to learn about a possible major new development in the region.

“It’s really about bringing information to the business community,” she said.

The DeKalb Chamber also passed the reigns of leadership from Diane McClearen, director of community and external relations for Oglethorpe Power, to Fred Daniels, an executive vice president and chief credit officer of Citizens Trust Bank.

Daniels said 2017 “will be the year of entrepreneurship” for the county.

“We have to demonstrate the greatness that is DeKalb,” Daniels said.