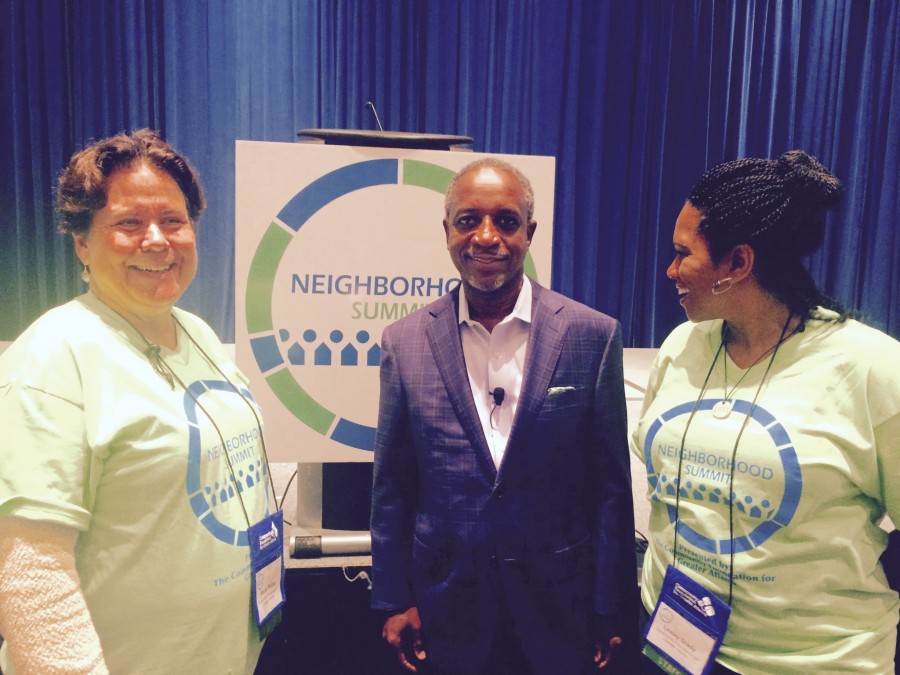 The theme of the sixth annual Neighborhood Summit – the largest to date – was “Embracing the Power of Education.”

In kicking off the daylong summit at the Georgia International Convention Center on Saturday, the Community Foundation for Greater Atlanta’s Lesley Grady repeated an African saying: “How are the children?”

That is a question she posed to the 650 people from up to 23 counties throughout the region. In order for a society to be strong, the children must be well.

The keynote address on the “Power of Education” was delivered Michael Thurmond, who recently stepped down as the interim superintendent of DeKalb County Schools.

Thurmond said he’s a living example of the transformational power of education – as the descendant of three generations of illiterate cotton sharecroppers. 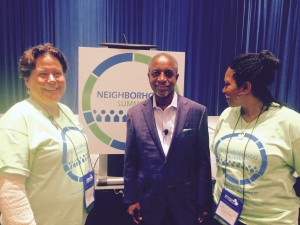 “But because I had access to public education, I was able to go to college, get a law degree and serve in the Georgia General Assembly,” Thurmond said.

He later went on to lead the state Division of Family and Children’s Services; and in 1998, he was elected to serve as Georgia’s Labor Commissioner. – a position held from 1999 to 2010, when he ran for the U.S. Senate.

When he lost that election, he joined the law firm of Butler, Wooten& Fryhofer, where he practices today.

Thurmond then shared advice with those attending the Neighborhood Summit.

“Deficit driven strategies rarely success,” he said. “Before you categorize your deficits, you better inventory your assets. Your deficits will pale in comparison..

People in education also have to be careful not to get confused between the problem and the symptom. For example, low graduation rates are a symptom of deeper societal problems.

Then Thurmond said that in DeKalb County, he had 100,000 assets. “Every child born into this world is an asset, not a problem,” he said. Over the past 30 years, the gap between white kids and black kids on standardized tests has narrowed. 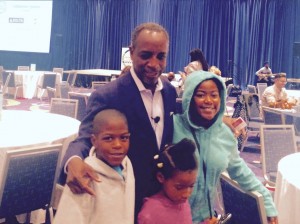 But the gap between rich and poor is greater.

“Poverty has more to do with education performance than race or ethnicity,” Thurmond said, adding that the most important person in a child’s life is his or her parent or parents. “That is the new frontier,” said Thurmond, who disclosed he can’t do advanced geometry but still was able to serve as a superintendent.

Thurmond then spoke of how his father worked two jobs – as a sharecropper in the cotton fields during the day and at the poultry farms at night.

But in between, he would sit with his son as he did his homework. One afternoon, Thurmond asked his dad to spell Mississippi, and his father couldn’t do it. Thurmond started making fun of his father for not being able to spell.

After his father had gone to his second job, his mother angrily pulled him aside, and told him to never humiliate his dad like that again.
“Your dad can’t read, and he can’t write,” she told her son.

“How was he tutoring me in English and math?” Thurmond asked.

Later he came to realize that the most important contribution parents can make is to be present in the room and make sure their children know how much they value education.

Thurmond, who almost always gets a standing ovation when he speaks, was asked about his next adventure.

Asked whether he would be running for public office again, Thurmond simply said: I have a passion for public service, and that’s never going to change.”

But Thurmond said the Democratic Party in Georgia needs a great deal of repair work – starting with his home county of DeKalb.

“It’s time to reboot the Democratic Party,” Thurmond said. “If you look at the outsider sentiment driving the political process, there’s a broad dissatisfaction with the system right now.”