Michelle Nunn to become next CEO of CARE 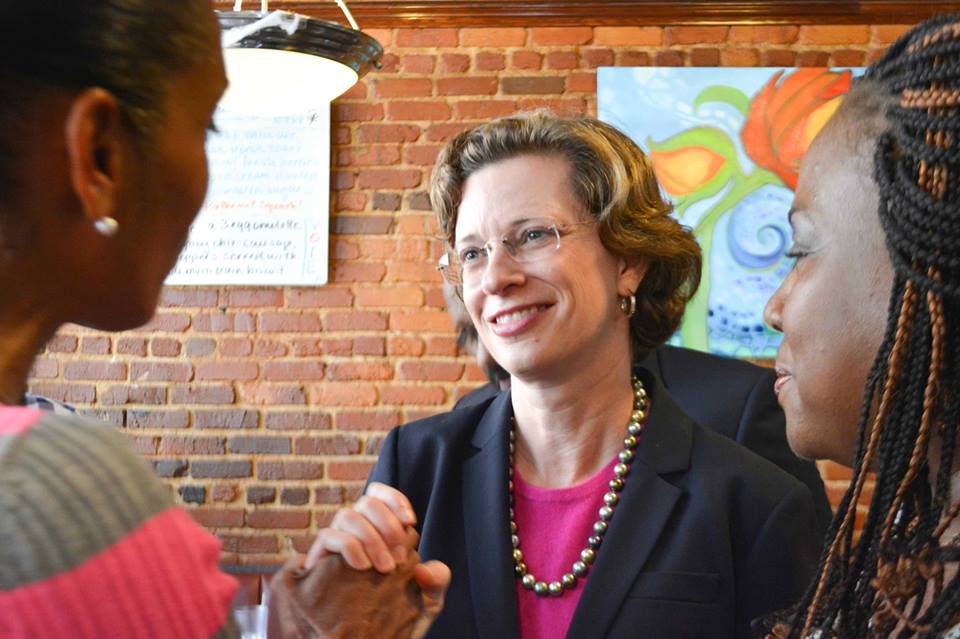 The next president and CEO of CARE will be Atlanta’s own Michelle Nunn, who will begin her new job on July 1.

Nunn will succeed Helene Gayle, who has been CARE’s president and CEO since 2006, will become the inaugural CEO of the McKinsey Social Initiative, a new nonprofit that will seek to develop innovative global solutions. 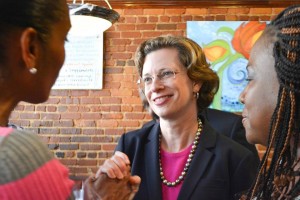 CARE is a 70-year-old international relief and poverty-fighting organization that moved its headquarters to Atlanta more than 20 years ago.

“I have huge admiration for CARE’s work and how they make a difference in the lives of 72 million people in the world,” Nunn said in a telephone conversation Sunday afternoon. “I can’t think of a more compelling platform than eradicating extreme poverty and empowering women and girls. And it’s right here in Atlanta!”

Nunn, 48, ran for the U.S. Senate in 2014 as the Democratic nominee in Georgia, losing to the Republican candidate, David Perdue. She had been the CEO of the Points of Light Foundation, the largest volunteer service organization in the world. As the founding top executive of Hands On Atlanta and later Hands On Network, she orchestrated the merger with Points of Light, which moved its headquarters to Atlanta.

She also is the daughter of former U.S. Sen. Sam Nunn (D-Georgia) who is now co-chairman and CEO of the Nuclear Threat Initiative. Her mother, Colleen Ann Nunn, also is a close advisor. 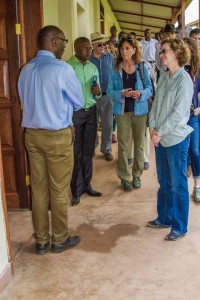 “Michelle is an innovative, dynamic leader whose passion for international social justice issues and ability to energize people around a mission will help CARE connect more Americans to the movement to end extreme poverty,” said Paul Jansen, chair of CARE USA’s board, in a release. “The members of CARE’s CEO search committee seized on Michelle as our top choice following a global search that, with the help of Diversified Search, turned up many terrific candidates.”

Diversified Search has two strong Atlanta ties – Dale Jones, a former Atlantan, serves as its president; and its Atlanta leader is Veronica Biggins, who was involved with the search.

Nunn had been a nationally recognized leader in the service and nonprofit sectors as CEO of Points of Light She was named to the Nonprofit Times “Power and Influence Top 50” seven times. Nunn also served on the President’s Council on Service and Civic Engagement and as co-convener of the Service Nation Coalition.  She was a leading advocate for the Serve America Act, enacted in 2009.

Now she is turning her sights to CARE.

“I wanted to stay here and I am so grateful that one of the most transformational organizations in the world was only two miles from my house,” Nunn said. “I believe I will be the first Georgian to lead the organization.”

Nunn also said she wanted to build on the “unique context” that exists in Atlanta with the Centers for Disease Control and Prevention, the Carter Center, the Center for Civil and Human Rights and other nonprofits that are focused on the well-being of people around the world. She said it was a continuation of the special place Atlanta holds as the home of Martin Luther King and as the base of civil and human rights.

When asked if she was ruling out running for public office in the near future, Nunn said the driving factor has always been public service.

“I’m going to fully immerse myself in this chapter,” she said. “There’s nothing more compelling than eradicating extreme poverty.”

Nunn lives in Inman Park with her husband, Ron Martin, and their two children.

“I have a 10 year-old and a 12-year-old, and I look at what we are trying do through CARE,” Nunn said. “I hope in small ways to give my children a better world to live in.”

Previous Article
‘True Story’ – movie explores who is manipulating who – the reporter or the murderer
Next Article
Atlanta a Top Ten high tech market with low cost of doing business, says CBRE