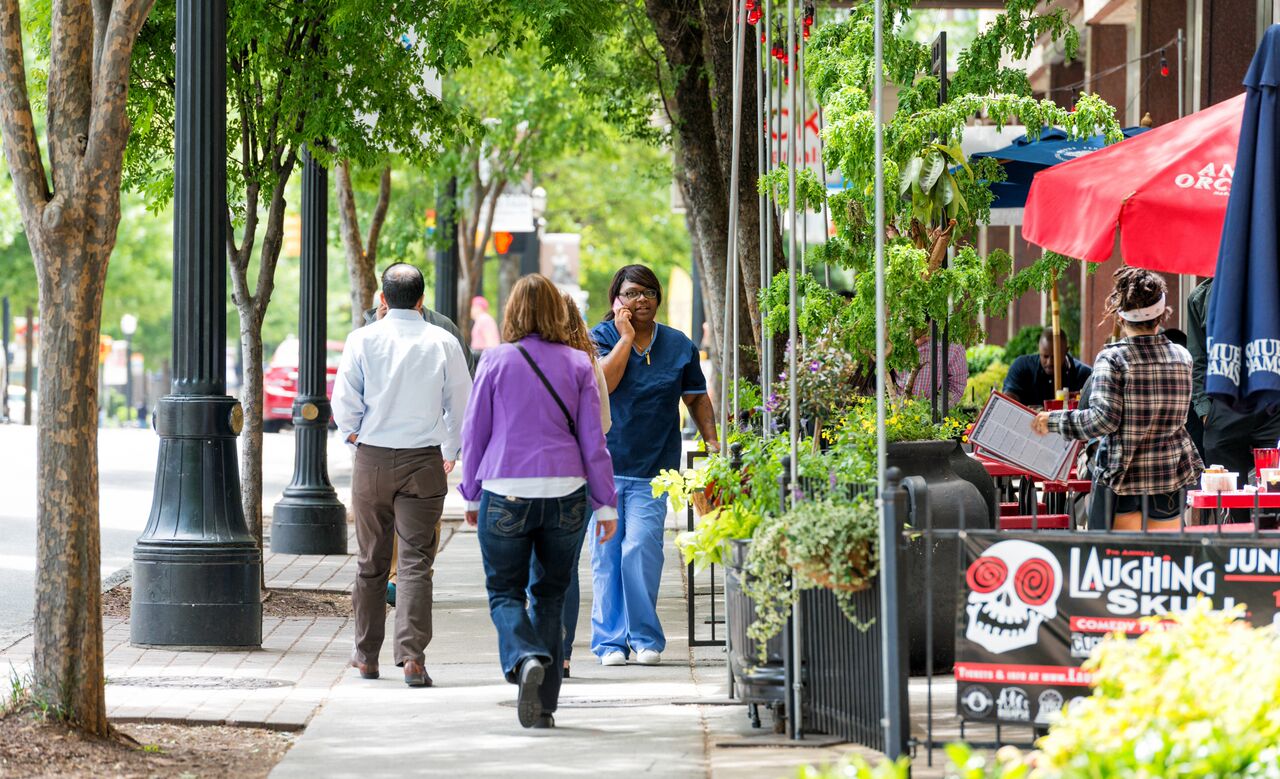 The American Planning Association on Monday declared Midtown Atlanta as one of five neighborhoods to make the APA’s 2016 list of Great Places in the country.

The City of Atlanta and the Midtown community will hold a pop-up celebration on this designation on Tuesday, Oct. 4 at 4 p.m. on the outdoor greenspace on the northeast corner of 10th and Peachtree streets.

Among the people who will talk during the short festivities will be Atlanta Mayor Kasim Reed; City Councilman Kwanza Hall; Joe Bankoff, chairman of the Midtown Alliance who is based at Georgia Tech; as well as Corey Hull, president of APA – Georgia Chapter.

“It’s particularly gratifying to be recognized by planners,” said Kevin Green, president and CEO of the Midtown Alliance. “In this city and this region, we do so many plans that sit on the shelf and gather dust. It’s nice to see a plan that got implemented – bigtime.”

Green credited Shannon Powell, the chief operating officer of the Midtown Alliance, for her role the planning of the business, residential and cultural district. Powell, who celebrated her 20th anniversary with the Midtown Alliance in September, headed the Blueprint Midtown initiative that began in the late 1990s.

“We have built 50 high rises since 2000 or thereabout,” Green said. “It has a lot to do with it being a community-driven plan with an ambitious, large-scale rezoning. And it has a lot to with Midtown having a street grid served by rail transit.”

Blueprint Midtown also permitted the greatest density along the Peachtree spine with a gradual stepping down of buildings until Midtown becomes a neighborhood of primarily single-family homes and low-rise multi-family.

“The City of Atlanta is honored to be recognized by the American Planning Association,” said Mayor Kasim Reed in a statement.

“Midtown Atlanta is home to world-class companies, and is marked by its cultural attractions, higher education institutions and noteworthy architecture,” the mayor continued. “This award is not just a win for the City of Atlanta and its partners, but also for the 65,000 daytime workers, 15,000 residents and more than 6 million annual visitors of this thriving community.”

The Midtown Alliance is a non-profit that implements on-the-ground programs for a clean, safe and vibrant district.

Green said the organization recently completed a survey to gauge attitudes among 3,500 Midtown residents, workers and visitors about their experience. Among those who live and work in Midtown, 82 percent indicate they feel a strong sense of community.

“This is very much a shared win,” Green said. “It’s not just for the Midtown Alliance. This is also for the City of Atlanta, Georgia Tech, the Woodruff Arts Center, the Midtown Neighbors Association and all our partners. It is a real testament to public-private partnerships.”

Today, there are 20 active development construction projects underway within Midtown Atlanta’s 1.2 square mile commercial business district, and another 20 that have been formally proposed.

More than 8,000 jobs have been announced for Midtown in the past 18 months, and more than 5,500 residential units have been recently delivered or are under construction.

“It’s just really nice to get acknowledgement from the APA,” Green said. “We have no idea how this came about. It’s just nice to get recognized.”

To capture public perspective on what makes a great place, Midtown Alliance is launching a community video contest looking for the most creative entries exploring what people value about Midtown Atlanta.

Entries must be received by December 9, 2016. For complete details on the video contest, please click here.

Midtown Atlanta is not the only metro community to be recognized by the American Planning Association. In 2013, Decatur made the list of Great Places; and Ansley Park made the list in 2011.