Minnesota — Does a higher Quality of life and better education justify higher taxes? 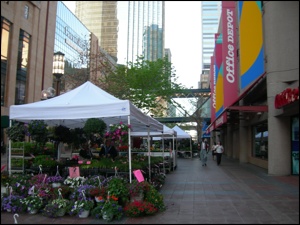 But here is the kicker. Minnesota has been a favorite state for Fortune 500 companies.

“There’s a direct link between jobs and a good quality of life,” said Charlie Weaver, executive director of the Minnesota Business Partnership. “We want the best quality of life possible.”

Weaver spoke to a delegation of more than 100 Atlanta leaders visiting Minneapolis-St. Paul earlier this month to compare and contrast initiatives related to growth, development, transportation and quality of life.

By comparison, in all of Georgia — considered a business friendly headquarters state — there are 14 Fortune 500 companies.

So what makes Minnesota, one of the coldest states in the nation, so attractive to companies?

The answer is multifold — good healthcare, a high quality of life, skilled jobs and great education.

Weaver said education is “by far” the reason companies come to state that’s so cold and the middle of the country. Minneapolis-St. Paul also have “a vibrant cultural” community, which contributes to the region’s quality of life. 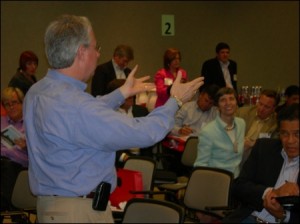 Top CEOs of companies participate in numerous business and civic organizations, and the level of engagement in the community is among the highest in the nation, Weaver said. One example is the Itasca Project.

They focus on a variety of issues, from education to transportation to arts and culture to parks, to keep the Minneapolis-St. Paul area as strong as it can be, not for potential companies that could move in but for the people and companies already there.

But it’s not all hunky dory as businesses now are beginning to feel overtaxed and underappreciated.

But then, Weaver is quick to say that Minnesota ahs “the best education in the country” with top performing schools.

“Businesses continued to come here and stay here because of education and quality of life,” Weaver said. “Three months out of the year, it’s over 60 degrees.”

Much of Georgia’s growth is due to companies moving and growing operations in the state.

As far as taxes go, Georgia government leaders boast that the state has the second lowest per-capita tax rate in the nation.

But Georgia also scores among the worst states in the nation when it comes to education, SATs, green space, arts and cultural spending as well as providing support for transit.

So isn’t there a correlation between higher taxes and a stronger education system and other quality of life indicators?

“You are not going to get a good education without taxes,” said Alex Cirillo, vice president for commuity affairs for 3M. “Our goal is not to be the lowest tax state in the country. That’s foolish. But where’s the tipping point?”

Top business leaders are concerned that MInnesota could end up losing several of its Fortune 500 headquarters if taxes continue to rise.

“There are companies here — General Mills, Target, Best Buy; there’s no reason for them to have their headquarters in Minnesota,” Cirillo said. “It’s a tenuous link that’s getting more tenuous.”

Upon hearing the business leaders from Minnesota, several Atlanta officials half-jokingly talked about putting a Georgia economic development office in Minneapolis. Could those 19 Fortune 500 companies be tempted to move their headquarters to Atlanta in search of lower taxes?

Already, Minneapolis lost the headquarters of Northwest Airlines when Delta Air Lines acquired the airline and located the headquarters in Atlanta. Although they didn’t want to talk much about that loss, business leaders admitted that headquarters are part of a city’s ego, but that what matters are the jobs. At least, Delta is keeping much of Northwest’s operation and employees in MInnesota.

The LINK trip did cause Atlantans to think about the relationship between taxes and quality of life. It’s not enough to be a state with low taxes if we’re not investing in transportation, education, parks and green space as well as other quality of life issues.

According to Jerry Griffin, executive director of the Association County Commissioners of Georgia, we’ve been asking the wrong question.

“We need to change the discussion focus,” Griffin said. “It shouldn’t be about taxes. It should be on what do you want your community to be.”

Previous Article
Ed Bean takes over as president of press club
Next Article
Isakson talks about the economy, rail and water