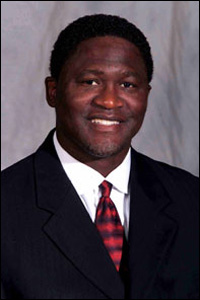 Racial tension has permeated the Atlanta Hawks organization during the leadership of Danny Ferry, according to Tommy Dortch, a leading African-American businessman in Atlanta.

Dortch said that tension has been evident in the way the team has treated its all-time star player – Dominique Wilkins.

For two years, Dortch has been trying to get approval from the Atlanta Hawks to construct a 15-foot tall statue of Wilkins that is to be placed in front of Philips Arena’s ticket window. 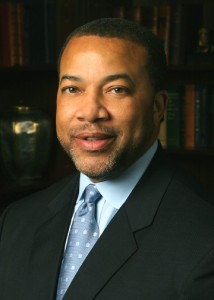 Wilkins is the most celebrated Atlanta Hawks player in the history of the franchise and deserving of this recognition, Dortch said in an interview Tuesday.

“I tried for two years, and there was a total road block,” Dortch said. “My position has always been that Dominique was the Hawks player who put Atlanta on the map as a major sports city for basketball. I could not believe that a team would not embrace someone like Dominique.”

Wilkins has been vice president of basketball for the Atlanta Hawks for more than eight years, and he has also has been the team’s analyst for its broadcast networks. But it was no secret to those close to the team that Ferry was trying to dim the spotlight that Wilkins had enjoyed as the public face of the Atlanta Hawks.

“Danny Ferry said he didn’t believe in statues,” said Dortch, who added one of the owners from outside of Atlanta (most likely Bruce Levenson) did not support the idea of a Wilkins’ statue. “Thanks to support of (Atlanta owners) Rutherford Seydel and Mike Gearon Jr. and Sr., the three of them guaranteed that they would provide financial backing for whatever shortfall there might be.”

Dortch said the Atlanta-Fulton County Recreation Authority also approved the construction of the Wilkins’ statue, which kept the project alive while the Atlanta Hawks management was trying to nix it.

“Clearly I think Danny Ferry should go,” Dortch said. “From everything I’ve heard, he is at the root of the problem for the Hawks. I think he needs to go.”

Dortch, who was a Hawks season ticket owner for 33 years until last year, was not alone in calling for Ferry’s ouster. NBA star Magic Johnson sent out a tweet Tuesday saying: “Atlanta Hawks GM Danny Ferry should step down after making racist statements about NBA player Luol Deng.”

In a telephone conversation Tuesday night, Wilkins said he would be sharing his feelings with Atlanta at a press conference on Thursday. But he did not dispute anything that Johnson or Dortch had said.

“I have the utmost respect for Tommy Dortch,” Wilkins said. “My focus is not about me. It has a lot to do with how I feel and how we have been hurt as a city. I’m going to state everything on Thursday.”

When asked to react to Johnson’s tweet, Wilkins replied in much the same way.

Dortch, however, was more direct.

“There were statements attributed to people within the organization that were demeaning to Dominique,” Dortch said. “Is this how you would treat a hero, an icon for the Hawks, a national spokesman – especially when you consider all the great years he has had? You look all over the country and you can see how heroes are treated.”

Dortch said the email that owner Bruce Levenson sent to Ferry complaining that too many black fans at Hawks games were scaring away whites, there were too many black cheerleaders, too much hip-hop music being played, too many black couples feature on the kiss cam, and so on, spoke volumes about the atmosphere within the organization.

“The owner (Levenson) had to be comfortable with Danny to send that to him,” said Dortch, who has chaired the Atlanta Business League – similar to an African-American Chamber of Commerce – at several different times.

It was Gearon Jr. who tried to get Levenson to remove Ferry as general manager before the situation became public.

By the way, Gearon traveled to New York Tuesday for a meeting with NBA officials. It is expected that Gearon Jr. will be taking a larger stake in the Hawks and likely will become the team’s representative on the NBA’s Board of Governors, a seat that had been held by Levenson.

People close to the owners expect that Levenson’s two other partners from the Washington, D.C. area also will be selling their interest in the team. That makes it even more likely that Ferry’s days are numbered no matter what he or the team says.

Dortch also spoke positively about Steve Koonin, an Atlanta native who recently joined the Hawks organization as its CEO after leaving an executive post with Turner Broadcasting System.

“I really think Steve’s heart is in the right place,” said Dortch, adding that Koonin immediately helped him get traction with the Wilkins’ statue. “I saw immediate results. “I think Steve is clearly not part of the problem. I think he can be part of the solution.”

Koonin, Seydel and the Gearons have not yet returned numerous phone calls, texts or emails this week.

No matter what, the opinions of Wilkins – as the best known and most popular member of the Atlanta Hawks – will carry some weight.