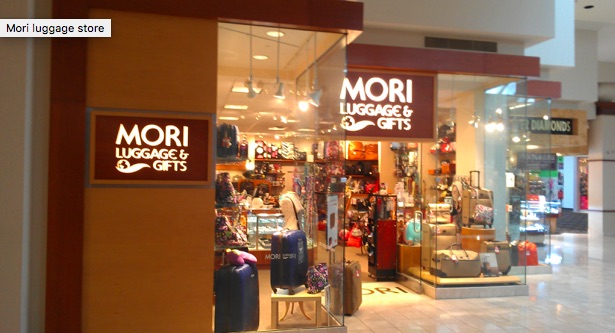 Atlanta-based Mori Luggage & Gifts, a family based retail chain, was bought by Bergman Luggage on Thursday.

“We had 46 wonderful years,” said Jean Mori, who started the company in 1971 with his wife, Betty, when they opened their first store at Northlake Mall. “But the last couple of years have been a little tough.” 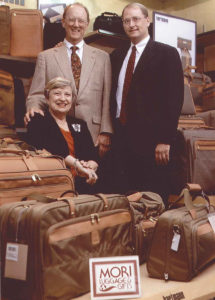 Mori said that Bergman Luggage, which has nearly 40 stores, will keep the Mori name.

“We’ve got 25 stores, and they plan to keep most of them open,” Mori said in an interview Friday morning. “We are happy because our employees will continue to be employed.”

Of the 25 stores, Mori said about 18 to 19 of them will remain open under Bergman’s ownership. Mori’s two retail locations at the Atlanta Hartsfield-Jackson International Airport also will remain open.

According to its website, Bergman Luggage “has grown to be one of the largest online luggage and travel accessory retailers in the country.” It is based in Portland, Oregon, and it has a large online presence.

Mori said the retail landscape has changed over the past several years, and it made business more challenging.

“The landlords at shopping malls are not very understanding of the chain and the traffic,” Mori said, adding that Bergman will be able to add the Mori stores and keep down its overhead costs thanks to the acquisition..

Mori’s son, John Mori, has been the CEO of Mori’s Luggage and Gifts.

“John’s future is going to be bright,” Mori said of his son. After a relatively short transition under the Bergman flag, John Mori will go on to pursue other interests.

Asked about his future, Mori laughed. 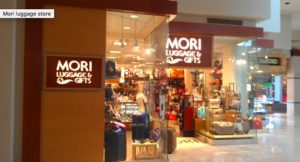 “I’m going to enjoy the rest of my life,” Mori said. “I’m 80 years old. It’s sad in a way. But I’m happy to say the company will continue and the people will remain employed under the ownership of Bergman Luggage.”

Jean Mori followed in the footsteps of his father – George Mori, who was born in 1906 and moved to the United States from Europe at the age of 17. He began working in a luggage factory in New Orleans. After he learned the trade, George Mori purchased Walthall Luggage store in Jackson, Mississippi in 1928, and they turned it into the prototype of Mori Luggage & Gifts.

“We have enjoyed 46 years,” Mori said, looking back over his career. “We have ended up with a great organization that someone wanted to buy. It was an opportune time to sell.”

Mori would not disclose the purchase price, saying it was a private deal. 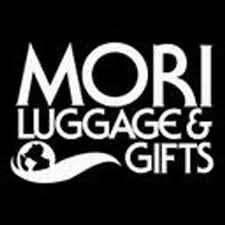