The National Center for Civil and Human Rights is building its leadership team with the hiring of Terrie Rouse, a seasoned museum and nonprofit executive, as its new chief operating officer.

Rouse, who was executive director of the Atlanta Ballet for 14 months from 2002 to 2003, most recently served as an international museum consultant. She also served as the founding CEO of the U.S. Capitol Visitor Center for Visitors Services, from September 2007 to July 2010. During her tenure, she successfully opened the 585,000-square-foot underground facility with 250 employees that attracted 2.3 million visitors during its first 12 months. 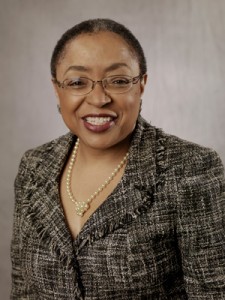 “Her background and expertise in nonprofit operations and strategy will be a great asset as we evolve into a leading educational resource and tourist destination in Atlanta,” said Doug Shipman, CEO of the Center for Civil and Human Rights.

Veronica Biggins and a team at Diversified Search helped in the COO selection process.

Rouse also served as executive vice president and director of museums for Kansas City’s 900,000-square-foot Union Station. Prior to her work in Kansas City, Rouse was president and CEO of the African American Museum in Philadelphia; was the first senior curator for the Studio Museum in Harlem; director of the New York Transit Museum; and worked as executive director at the Children’s Museum of Maine.

“I’m a museum person,” Rouse said in an interview, saying that she has lived in 14 different cities.

She said she found the opportunity to join the National Center inspiring because it connects the two inspiring issues of civil and human rights.

“I really believe in creating the experience for visitors — the science of that fascinates me,” Rouse said.

Rouse also said Atlanta is part of that experience.

“Atlanta has played a pivotal role; that’s why the Center is so important,” she said. ”Once you accept that people fought for rights here, there’s all of this connection — connecting people with rights, the rights of women and other human rights. It creates a strong place of civic engagement.”

Rouse said she feels the Center will be successful if visitors can make the connection between civil and human rights, and if people can understand the contemporary world and how deep those seeds go back in history. “It’s about finding those threads and words so they can put the pieces together,” she said.

Rouse received an M.A. in African History and a certificate from the School of International and Public Affairs at Columbia University. She also received a MPS in Africana Studies from Cornell University. She completed her BA in Intercultural Studies at Trinity College-Hartford in Hartford, Ct.