When NCR ─ a Fortune 500 company based in Gwinnett County ─ held its annual meeting last Wednesday, the only way one could participate was online. 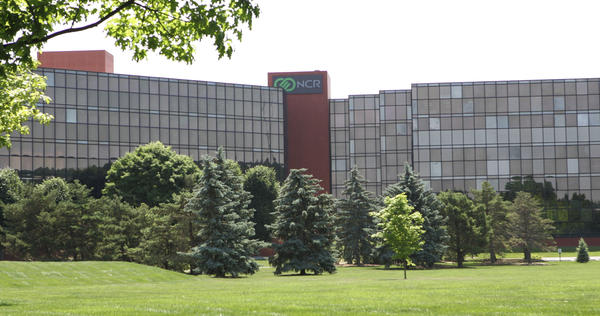 The NCR Corp. headquarters building, in Dayton, Ohio is shown Tuesday, June 2, 2009. NCR is expected to announce that it will move the headquarters operations to Duluth, Georgia. (AP Photo/Dayton Daily News, Ron Alvey)

So NCR shareholders were unable to interact with the executives and directors running their company. The meeting was only available online in audio ─ not even video ─ and not one shareholder asked a question.

Not surprising. An online-only meeting is an unfriendly forum for shareholders.

It leaves the impression that a company has something to hide. Or that a CEO does not want to meet shareholders face-to-face.

It’s not a good idea folks.

Nationally, more companies are choosing to go virtual with their annual meetings. Last year, 53 companies went to online-only annual meetings compared to 21 in 2011. Companies say they are cheaper to hold and more shareholders can participate.

But there has been a backlash.

Angry shareholders forced Intel to abandon its online-only annual meeting format in 2009 so it went back to a “hybrid” meeting.

People can show up in person or can participate online in a hybrid meeting. More than 500 U.S. companies are holding hybrid annual meetings, including several in Atlanta like Coca-Cola.

I am one of those strange people who enjoys going to annual meetings because they tell me so much about a company.

It is an opportunity for me to see the diversity on a company’s corporate board and its top management. They let me see how executives interact with shareholders, employees and the public. In short, they tell me a great deal about a company’s culture.

And that cannot be captured virtually.

Annual meetings also keep executives on their toes. Remember when Home Depot CEO Robert Nardelli held an annual meeting in 2006 with no directors present. He was gone from Home Depot a few months later.

NCR is moving its corporate headquarters from Gwinnett County to Midtown. It is considering options to sell part or all of the company.

At next year’s annual meeting, NCR should welcome its shareholders both online and in person.

It’s the smart thing to do.