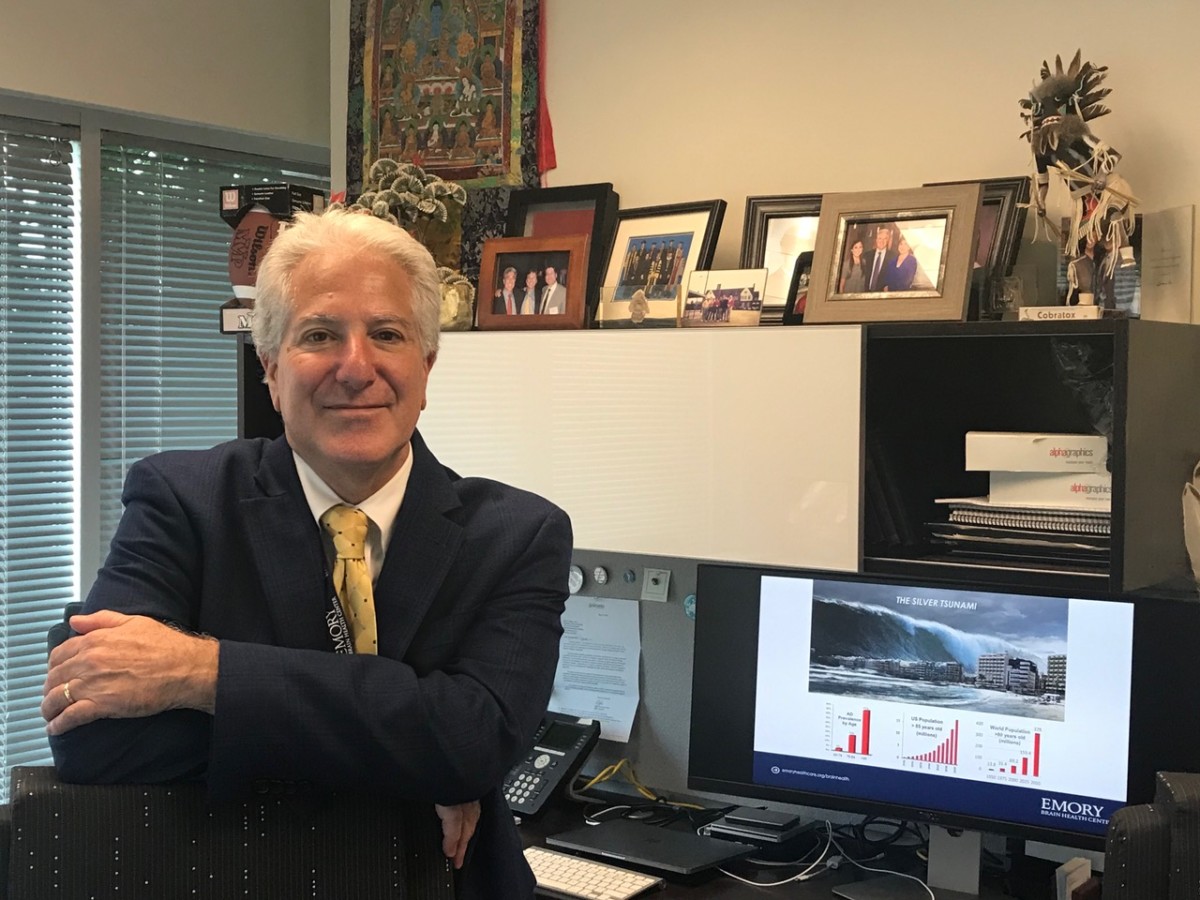 Dr. Allan Levey in his office at Emory. (Photo by Maria Saporta.)

The Goizueta Foundation has made a new $25 million gift to Emory University’s Alzheimer’s Disease Research Center, on top of $29 million it has given the Center since 2014, for a total of $54 million.

The Center will now be named the Goizueta Alzheimer’s Disease Research Center to recognize the family foundation’s generosity. The Goizueta Foundation was founded by the late Roberto C. Goizueta, a long time CEO of The Coca-Cola Co., and his wife, Olga C. Goizueta, who passed away in November 2015.

Dr. Allan Levey, director of the Goizueta Alzheimer’s Disease Research Center who also chairs Emory University’s Department of Neurology, said the Goizueta Foundation gifts will catapult Georgia into being a leading research center for Alzheimer’s, a disease that is increasing dramatically as our population ages.

“I believe Georgia can become a leading site in the country to develop an ecosystem to advance brain health and prevent the global burden of brain health diseases,” Dr. Levey said. 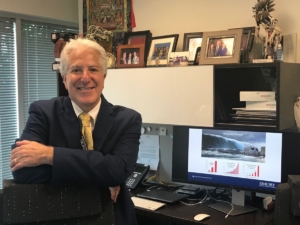 Dr. Allan Levey in his office (Photo by Maria Saporta)

“Alzheimer’s is the sixth leading cause of death, and it’s the only disease in the top 10 for which there is not a single effective treatment for slowing it down,” he added. “At this point, we have not had a new drug approved to treat the symptoms of Alzheimer’s in more than 15 years.”

Levey said the inability to detect the disease early is an issue.

“What research has shown us is that one of the reasons for these failed efforts is that the disease starts much sooner in the brain than people realized,” he said. “By the time there are visible symptoms, it’s after 20 years of there being silent and progressive damage.”

Emory’s Alzheimer’s research center was designated as a National Institutes of Health center in 2013, then the only NIH center in the Southeast. Today, there are 32 nationwide, including one in Florida and in North Carolina.

“According to the Alzheimer’s Association, there are currently 140,000 Georgians living with Alzheimer’s,” said Dr. Levey, who calls it a “Silver Tsunami.”

Nationally, 10,000 baby boomers are turning 65 each day, according to the Pew Research Center.

“We know that one out of every two or three baby boomers will develop the symptoms of Alzheimer’s in the next 20 years,” said Dr. Levey, who said the disease has been diagnosed through PET scans and spinal taps. “Neither of these approaches are practical or useful for the screening of Alzheimer’s. There’s a desperate need for non-invasive, cheap, widely available and most importantly, ways to help us improve the detection at the earliest possible stages. That’s what the Goizueta Foundation gift does.” 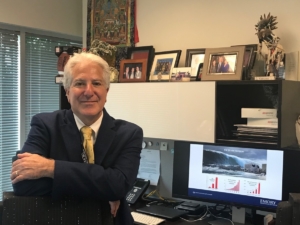 Dr. Allan Levey in his office (Photo by Maria Saporta)

*The Healthy Aging study focuses on advancing brain health and preventing age-related diseases like Alzheimer’s and investigates a wide range of shared risk factors for other conditions such as heart disease, diabetes and hypertension.

*The Healthy Brain Study focuses on developing biomarkers that enable prediction of Alzheimer’s disease in middle-age individuals, even before symptoms begin.

“We can’t develop new treatments without having these biomarkers as a companion. That leads to the newest $25 million gift,” Dr. Levey said. “The Goizueta Foundation understands that clinical research has to dramatically expand if we are going to get to a cure. The new gift allows us to significantly increase our capacity for clinical trials as the next key step.”

Ultimately the goal will be to develop new treatments that would receive approval from the Federal Drug Administration.

There’s huge potential for the treatment of Alzheimer’s, but nothing has been approved by the FDA,” Dr. Levey said. “That’s why we need to increase our clinical trial.”

The goal is to get broad participation from different racial and ethnic populations.

“Hispanics and African Americans have twice the rate of the Alzheimer’s disease compared to Caucasians,” Dr. Levey said, adding one of the goals is to better understand that disparity and to “make sure future treatments are beneficial for all populations.”

The Goizueta Foundation’s $54 million investment in Alzheimer’s research could change the paradigm of the disease.

“We have 20-plus years of experience here,” Dr. Levey said. “I’ve been doing this my entire career. For the first time, I can feel that success is imminent. The first success will be being able to diagnose the disease accurately and easily, and have treatments that are effective at slowing down the disease. If we can do that, we can cure the disease.”

Olga Goizueta Rawls, CEO and board chair of the Goizueta Foundation, said the gifts were made to support the incredible work being done by the Center and Dr. Levey.

“My brothers and I have had the privilege to honor our parents’ legacy through the grant-making of the Goizueta Foundation,” she wrote in an email. “Our father believed in recognizing opportunities to solve problems through intelligent risk-taking. An investment in the ADRC’s research is just that: intelligent risk. We hope and expect that results from the Goizueta Alzheimer’s Disease Research Center will improve the lives of generations of families to come in Atlanta and beyond.”