Mention the simple word — Rich’s — and a flood of memories and emotions pour out.

That’s what happened Sunday afternoon at the Breman Museum in Midtown Atlanta at the launch of a new book — Rich’s: A Southern Institution — written by Jeff Clemmons and published by the History Press.

It was my pleasure to interview Clemmons and invite the audience to participate. 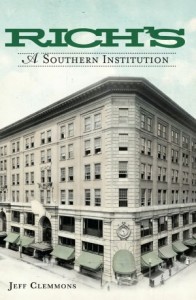 More than 250 people showed up to the museum Sunday to travel back to a simpler time when a department store was part of the fabric of the community and an integral part of our city’s soul.

Actually, it was journalist Celestine Sibley who captured the heart and soul of what Rich’s meant to Atlanta and its citizens.

Sibley’s book — Dear Store: An Affectionate Portrait of Rich’s — was full of stories of how Rich’s endeared itself to the community.

During the depression in the 1930s, Walter Rich read in the newspaper that the City of Atlanta “was too broke” to pay its school teachers. Walter Rich called the mayor, suggesting the teachers be paid in scrip. Rich’s would then cash the full value of the scrip without requiring them to shop at the store.

It was all part of Rich’s nine guidelines for how to run its business:

1. The customer is always right;

2. The customer makes her own adjustment;

3. Quality for quality, Rich’s will never be undersold; 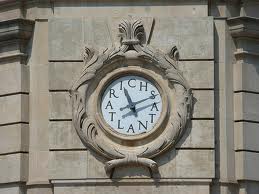 Rich’s principles helped build customer loyalty. But that was only part of Rich’s legacy. The Pink Pig. The Great Tree Lighting Ceremony. The Rich’s clock. The Harvest Sale. The Magnolia Room. Rich’s Bake Shop (and coconut cake). Penelope Penn. Rich Bits. The Rich Foundation (which is the only entity that retains the Rich’s name today). Fashionata. The list goes on and on and on.

While Sibley conveyed depth of the emotional ties between Atlanta and Rich’s, Clemmons provides the nuts and bolts of the colorful department store’s history — presenting a rather complete treatment of the Atlanta Sit Ins when students from the Atlanta University complex sought to fully integrate the store in the early 1960s.

The new book details the role that Rich’s and the sit-ins played in helping get John F. Kennedy elected president in 1960s.

But it was the personal touches that set Rich’s apart. 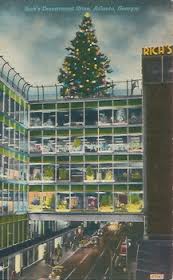 An elderly gentleman at Sunday’s event recalled having bought an expensive $300 suit at Rich’s for a special occasion, but he realized that he didn’t like wearing the suit. A year later, while shopping at Rich’s, he mentioned his disappointment to a salesman. Rich’s ended up taking back the suit and refunding the money. Yet Rich’s ultimately won because the gentleman ended up spending his refund on two other suits.

Rich’s had a team of people who would keep up with birthdays and anniversaries of customers, and they would give a reminder call to see if a husband wanted to buy his wife a gift.

Both books provide the family tree of the Rich family — a store started by Hungarian Jewish immigrant Morris Rich with the help of his brothers. Multiple generations followed — and the Rich family members and close associates were leaders in the city’s close-knit power structure.

Rich’s remained a local institution until 1976 when it was acquired by Cincinnati-based Federated Department Stores. For several years, Federated kept most of Rich’s traditions in tact.

But as Federated ended up facing its own business challenges — eventually filing for bankruptcy protection in January, 1990 — the special relationship that Rich’s had with the community and its customers began to disappear. 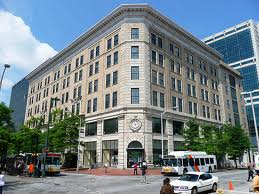 Then on April 18, 1991, the company announced that the iconic downtown Rich’s store — a fixture in that location since 1924 — would be closed. The physical heart of Rich’s in Atlanta would become history.

After that, the downward spiral continued. More national mergers in the department store industry led to longtime competitor — Macy’s — and Rich’s being owned by the same parent. For a few years, the Atlanta stores were branded as Rich’s-Macy’s stores.

And then in January, 2005, Federated announced that it was dropping the Rich’s name from its stores — solidly making Macy’s the surviving brand.

“By March 6, Rich’s was history; the day before had been the last day of its existence,” Clemmons wrote in his book. “The store that Morris Rich had started in the aftermath of the American Civil War in Atlanta was less than three months shy of celebrating its 138th birthday. The store that had blossomed into a southern institution was no more.”

Without a doubt, when Rich’s disappeared from the Atlanta landscape — Atlanta lost a piece of its heart and soul.