Atlanta has a long history of significant business ventures that transform the face of the city.  From Hartsfield-Jackson Atlanta International Airport to the 1996 Summer Olympic Games, our legacy is rich with opportunities for diverse participation in large-scale projects. Our next opportunity will occur with the new Falcons Stadium.

The Falcons recently released an Equal Business Opportunity plan (EBO) for the design and construction of their new facility that spells out the plan for achieving a 31 percent participation goal for minority and women-owned businesses. 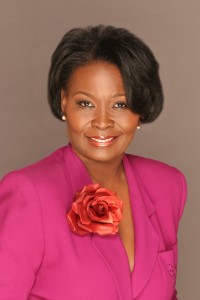 We applaud the Falcons and the City of Atlanta for their efforts thus far to incorporate inclusive procurement practices. The plan honors Atlanta’s heritage, sets goals and has ambition, but to achieve true supplier diversity, success lies in the details.  The EBO plan must be a start – not the goal.

The new stadium – the latest in a line of sports complexes to locate in disadvantaged communities – has a chance to be fundamentally different.  As president and CEO of the Georgia Minority Supplier Development Council (GMSDC) – Georgia’s leading small business development and supplier diversity organization – my daily commitment is to create opportunity for Georgia’s minority businesses.

We represent over 700 certified Minority Business Enterprise (MBE) firms and 175 corporations, including nearly all of the Fortune 100 companies with a presence in Georgia. Our corporate partners include world-class supplier diversity champions like AT&T, Georgia Power, Lockheed-Martin and IBM, organizations that routinely win national recognition for their industry-leading approach to inclusive procurement.

The Atlanta Falcons Stadium Co. has expertise in project management and construction, but supplier diversity is not among its core competencies. It would be wise to engage Georgia’s diversity trailblazers to incorporate procurement best practices and make sure the EBO works for those it is designed to benefit.

The legacy of the Olympics demands that the stadium not stop at the water’s edge by meeting the letter, but not the spirit of its inclusion target. All of us must commit to making this project a shining example of inclusive local procurement.

The City of Atlanta has a rich tradition in supplier diversity, having been among the first major municipalities to champion strong equal opportunity goals more than 40 years ago. Minority participation is more than a slogan like “a city too busy to hate.”

Atlanta has always met and exceeded its goals. Atlanta’s airport, highways, sports arenas and skyline are the result of aggressive supplier diversity practices. Inclusive procurement, forged amid significant opposition and maintained at great cost through subsequent administrations, cannot be allowed to slip in our urgency to get the stadium underway.

We must take the time and invest the resources necessary to insure that the “best efforts” called for in the EBO will actually result in contracts and appropriate levels of minority participation. There are thousands of highly qualified, experienced and capable minority vendors throughout the region.  Our objective must be to not only include those large minority-owned companies we know and love, but to make sure that they also utilize those unknown gems that simply require their chance to shine.

Currently, the EBO only addresses the design and construction of the stadium, but ignores the long-term impact it can have on Atlanta. Now is the time to implement EBO requirements for downstream opportunities like concessions and facility management. With vision and early investment, the new Falcons stadium can be the gold standard for a true community partnership that accomplishes the team’s goals while assuring that nearby communities and local businesses share in the prosperity.

The Atlanta community has agreed to invest in the Falcons’ vision, but that vision must also offer a legitimate seat at the table to all stakeholders.  For Atlantans to see the stadium as a win-win partnership, we must engage local minority firms that will create jobs for Atlantans.

With more than $1 billion set to change hands in the coming months, plus billions more in the years to come, we must get this one right the first time. It would be worthwhile to engage a team of community leaders in some type of oversight committee that could keep us on our toes in implementing the EBO.

Citizen participation assures greater levels of public trust, and gives the citizens at large a feeling of confidence in the transparency and authenticity of the program. If it is truly our common goal to insure that minorities and women participate in this project at the levels specified, we should have no problem putting measures in place that hold us to our word. We recommend provisions including:

As we have done with our airport, the Olympics and countless other projects, we now have an opportunity to demonstrate to the world what makes Atlanta a “City on a Hill.”