Georgia’s economic future depends on education — now more than ever

By Guest Columnist STEVE DOLINGER, president of the Georgia Partnership for Excellence in Education

There is a crisis in the South that threatens the region’s economic viability and competitiveness. According to a recent study conducted by Georgetown University, many parts of the South (including Georgia) are trapped in an economic cycle known as the low-wage/low-skill equilibrium.

Under this equilibrium, high-skill, high-wage industry lacks the incentive to locate in the region, and incentives for workers to pursue postsecondary education and training are weakened. To break this cycle, the region needs an aggressive strategy that mixes educational improvements with economic development. 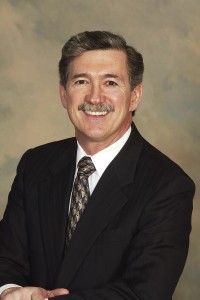 What are the potential impacts of basing an economic development strategy on educational improvements?  To answer that question, the Georgia Partnership for Excellence in Education just released the fourth edition of the Economics of Education.  This publication examines the signature message of the Georgia Partnership: education is economic development.

In early 2004, the Georgia Partnership and the Georgia Chamber of Commerce combined efforts for the inaugural edition to build awareness of the key education issues related to building a robust economic climate.  Now, nine years later, the message that education is economics has become even more critical.

Despite the rise in graduation rates in recent years, Georgia still lags behind other states in the percentage of high school students earning a diploma. The most recent national comparison data from the U.S. Department of Education show that Georgia ranked 45th out of 48 states reporting high school graduation rates. How can Georgia successfully compete in the global economy if its graduation rate is below that of more than 90 percent of the nation?

This additional spending and investment would potentially support 2,650 new jobs and increase the gross state product of Georgia by up to $350 million. Imagine the potential impact on local businesses that rely on discretionary spending, as well as the housing and automobile industry, if these results were multiplied throughout Georgia.

Communities that increase the educational levels of their residents become more attractive to businesses searching for an area in which to locate that has an abundant supply of qualified workers. Additionally, as greater percentages of the population are able to secure employment, communities benefit from an increase in their tax revenue.

The updated edition of The Economics of Education tells both that story and empowers individuals and businesses to get involved by identifying a variety of specific ways in which they can make an impact in education.  It is designed both to inform and encourage action.  A vigorous and vibrant public education system is essential to our economic success and there is a role for everybody – parents, educators, business leaders, communities, and government officials.

The report is available on the Georgia Partnership website at www.gpee.org. To purchase hard copies of the report for $5, please go to the website.