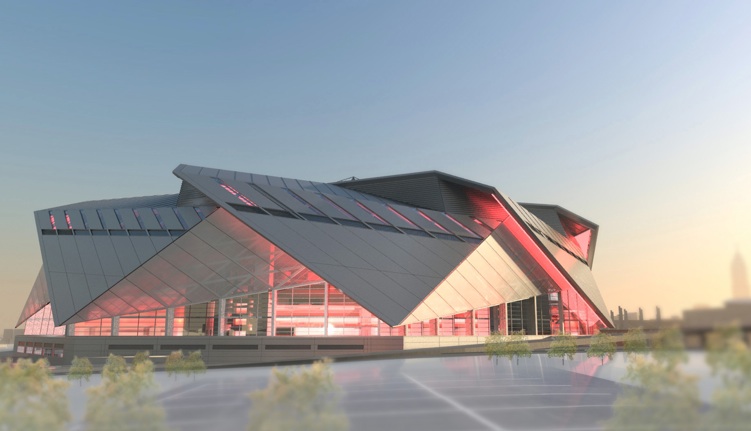 A revised deal for a new stadium currently is being negotiated whereby the Georgia Legislature would not have to vote on increasing the bonding capacity of Georgia World Congress Center to $300 million.

Currently negotiations are underway at the Governor’s mansion between Gov. Nathan Deal, the Atlanta Falcons and the City of Atlanta where the bonding capacity would shift from the state to the city.

No matter which governmental entity would end up issuing the bonds for the $1 billion project, the deal would not change substantially. The $300 million bond package would continue to be backed by the existing hotel-motel taxes that are collected in the City of Atlanta. The Falcons and the National Football League would cover two-thirds of the stadium’s cost.

The major change with this arrangement is that the state legislature could be bypassed altogether. There has been vocal opposition to a new stadium deal among certain legislators, and several polls have shown that there is not much support for a new Atlanta Falcons stadium throughout the state.

On Friday, Gov. Deal reportedly floated the idea of reducing the proposed bonding capacity from $300 million to $200 million, which is the same amount that the Georgia World Congress Center Authority currently has for the existing Georgia Dome.

But that still would have required the General Assembly to approve a new $200 million bonding capacity for the GWCC because it was not established as a revolving line of credit.

The governor also made the point that the hotel-motel taxes really was revenue that belonged to the City of Atlanta because the taxes are added to room charges for hotels and motels within the city limits.

It is expected that there would less opposition if the bonds were backed by the City of Atlanta — most likely through its economic development arm — Invest Atlanta.

It is not known whether the City of Atlanta would have any ownership of the new stadium. Under the agreement that has been in the works for two-and-a-half years, the stadium would be built on state-owned land, the Falcons would manage and operate the facility, and after the bonds were paid off, the stadium would be turned over to the state.

During the 2010 legislative session, the General Assembly extended Atlanta’s hotel-motel tax to help cover the costs of a new stadium as long as it was built on land owned by the GWCC.

One of the biggest champions for a new retractable roof stadium for the Atlanta Falcons has been Atlanta Mayor Kasim Reed. The stadium likely would be located in the center of downtown just south of the Georgia Dome on site convenient to MARTA and next to the proposed multimodal station.

The mayor has said that a new stadium would solidify Atlanta’s role as a center for conventions and tourism, a major economic generator for the city and the state.

The mayor, who was in Washington, D.C. for the inauguration of President Barack Obama, returned late Tuesday afternoon and headed straight to the Governor’s mansion for the negotiations.

A new stadium has been top of mind for Reed, who flew back from Washington, D.C. Sunday afternoon to attend the Atlanta Falcons play-off game, and then flew back to D.C. right after the Falcons lost to the 49ers.

Reed watched the game from the suite of Atlanta Falcons owner Arthur Blank.

When the mayor walked out of the suite, he was asked about the prospects for a new stadium.

After the game, Blank was asked about the prospects for a new stadium.

“We have said all along that we need to have a solution that works for everybody, so we continue to work on that,” Blank said. “The reality of the opportunity is unique for the city and the state and the franchise and the community.”