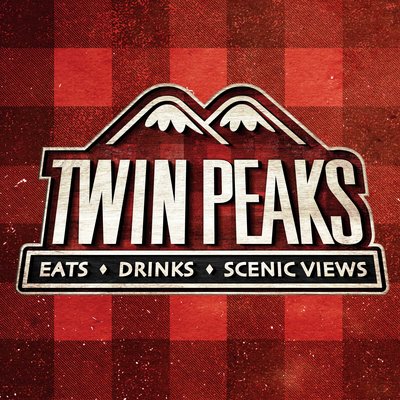 Lord knows there will be more mass killings to ponder, soon enough. But the shootout in Waco last month still causes a twitch in the reportorial nerve.

Much of this has to do with the way it was covered. The Texas bikers’ brawl which turned deadly on a Sunday afternoon in mid-May flared briefly in the national spotlight, leading news shows for a couple of days as details of the carnage unfolded.

But the shootout at the Twin Peaks restaurant never got covered with quite the intensity, the skepticism or range which has been devoted to several other recent stories.These include the North Charleston case of a policeman caught shooting a fleeing suspect in the back, the Philadelphia train wreck, and the shooting by police of two would-be jihadists in Garland, Tex.

On the local level, the media has stayed on the case. When Waco police said all of those arrested were members of criminal biker gangs, the Associated Press checked and found that 115 of the 170 under arrest had no prior Texas arrest records. From a national perspective, however, Waco was already last month’s news before this month got here. 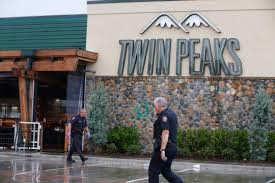 Yet consider the numbers in the Waco case: nine dead, 18 injured, 170 people arrested and held on $1 million bonds. There are lots of questions about the incident that remain unanswered, including how many of the dead and injured bikers were shot by each other, and how many were shot by the police who surrounded the restaurant.

Olivia Messer, a reporter for the Waco Tribune-Herald who I contacted by email, said it’s likely to be several months before these questions are answered in a final autopsy report.

At some fundamental level, we are really in no big hurry to find out, either. And that is what nags about this story. We haven’t been compelled by the media to care as much about the details of these killings as we were about the killings of Michael Brown or Eric Garner, or the passengers who lost their lives in Philadelphia. Where the national media might be clamoring for details in other high-profile stories, it has shown no impatience about getting this one sorted out.

Some have held up the Waco story as an example of the media’s double standard on race, but it’s a sign of how complicated these issues are that both races have complained of a raw deal.

Actually, the Waco story is an example of the media’s double standard on an even broader scale, and says something about how reality is packaged for mass consumption.

The internet was supposed to create a global village, and in many ways it has. But the importance which we give to one news story or another is still greatly affected by the geography of the old media world. While the body count in the Waco story surpasses any of the stories we’ve named, it would have been treated much differently if it had happened on the East Coast.

Nor did this shootout have anything to do with Washington, like the 1993 siege and storming of the Branch Davidian compound near Waco which left 90 dead. That greatly increases its chances of being neglected quickly.

The Waco story has many familiar elements we see in the news all the time: guns, police shootings, criminal gangs. But the lens which captures the biggest stories, those likely to linger in the news for weeks, has grown so narrow that it encompasses only a few big subjects.

The Waco story isn’t about race, although it has provoked yet another racial discussion. Terrifying as it must have been to bystanders, it did not connect with the broader theme of terrorism, like the shooting of the two jihadists up the road in Garland a few weeks earlier.

Nor do the dead, the wounded and arrested strike any deep chord of public sympathy. A sweep of the restaurant — which has since closed — turned up 118 handguns, 157 knives and an AK-47 rifle. Under the most charitable characterization, this was a rough bunch. But that doesn’t make the story of how this incident was handled any less worthy of scrutiny, or narrow down who is to be blamed.

Last week, one of the 170 bikers filed a suit in federal court claiming he had been swept up in the mass arrests and was being illegally detained with no evidence of wrongdoing. A video has surfaced (inevitably), reportedly showing that only one biker fired before police opened fire. This is a developing story, of national importance.

Previous Article
Despite the distinction, we’re pretty sure his mother wouldn’t be proud
Next Article
As an ever-changing metropolis, Atlanta can catapult to greatness