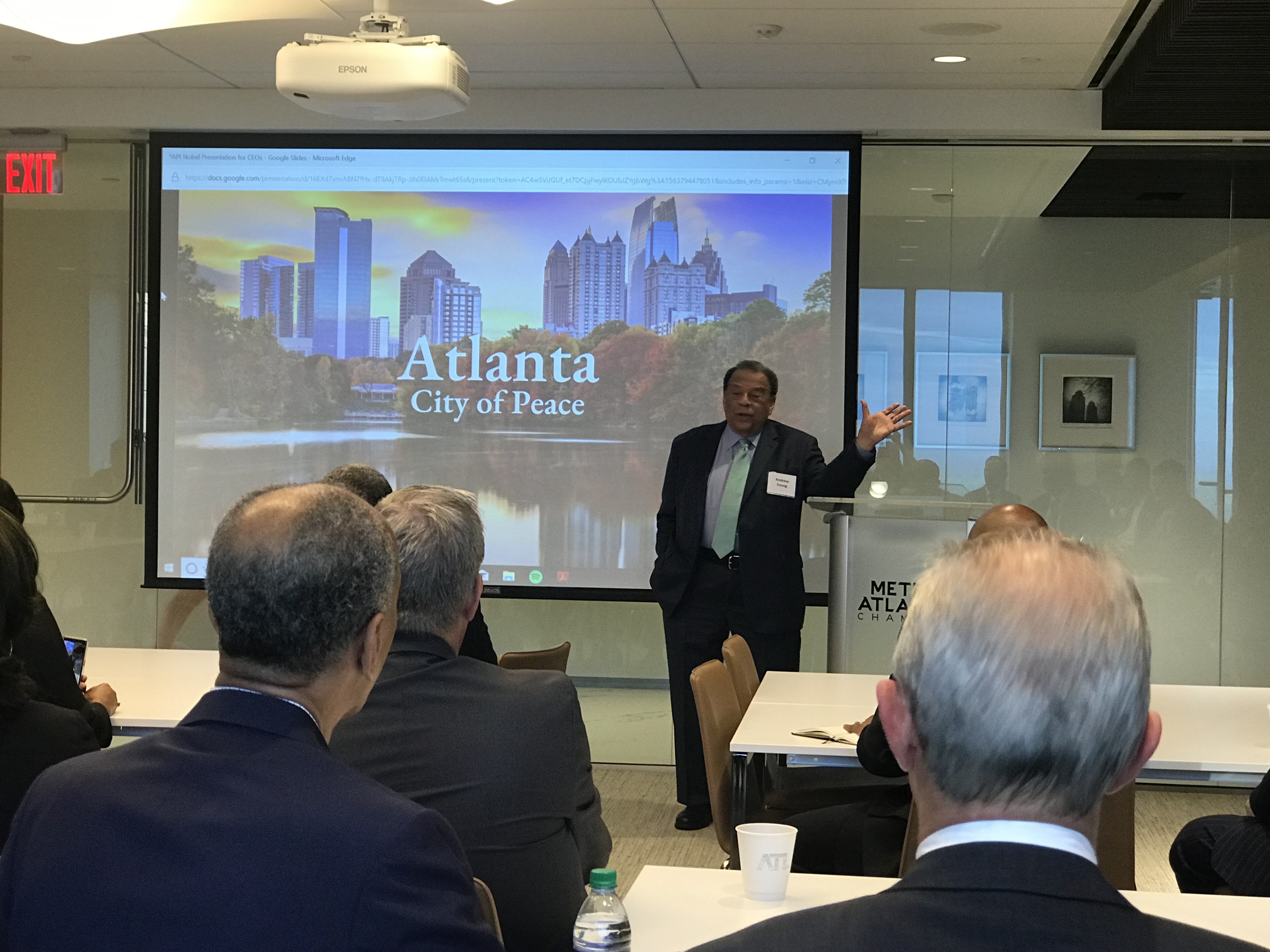 Top Atlanta business and civic leaders unveiled a vision Monday morning to turn Atlanta into a living city of peace. 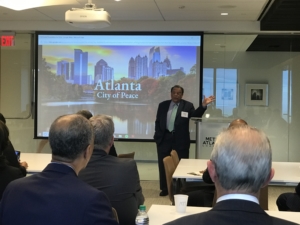 The presentation at the Metro Atlanta Chamber – led by Koch Industries’ Jim Hannan and Integral Group’s Egbert Perry – unveiled a budget of $8.5 million to launch the multi-pronged effort to create a City of Peace “ecosystem” in Atlanta.

“Periodically in the life of this city, something comes along that encourages us to redefine the spiritual aspects of our community,” said former Atlanta Mayor Andrew Young, who also served as the U.S. ambassador to the United Nations during President Jimmy Carter’s administration. “The spirit of peace is key to our community. Everybody here is working on peace. If we can brand our city as a ‘city of peace’ and infuse that in our elementary schools, our universities as well as our business community, we will be surprised at what can happen.”

Young told the gathering Atlanta has had big dreams before – such as the 1996 Summer Olympic Games.

“This can be another one of Atlanta’s wild dreams that Atlanta has made happen,” Young told the group of business and international leaders at the chamber.

Hannan spoke of creating the Atlanta Peace ecosystem to create the city of peace. 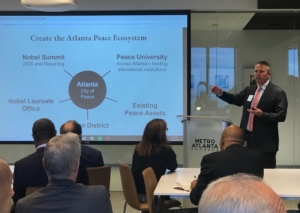 “It’s a big vision,” Hannan said. “It would give Atlanta a global identity as the city of peace, and it would build on Atlanta’s legacy of civil rights and peace.”

Hannan and Perry said they need an estimated $4.9 million to host a four-day Nobel Peace Laureate Summit in December 2020; $2.5 million to create the Peace University pilot program for three years; and $1.1 million to move the headquarters of Nobel Peace Summit from Italy to Atlanta.

The initiative with the Nobel Peace Summit likely would include Rotary International, which has expressed great interest in forming a partnership with Atlanta leaders looking to support the concept.

“A successful Atlanta Peace Initiative will catalyze action around the world – the brilliance of the Laureates joined with the energy of youth, the global leadership of Rotarians, the dynamism of the Atlanta business community and the robust foundation of our nonprofit and university organizations will ensure continued focus on implementing the best ideas that emerge at the summits,” said Martha Brooks, chair of CARE’s board. “It is an extraordinary opportunity for Atlanta to step up to our legacy and to offer positive leadership in a world full of incivility, conflict and inequity.”

Several key Atlanta companies were represented at the meeting, and they seemed to be coming on board with the initiative.

“It just makes sense for Atlanta to be the home for the Nobel Peace Laureates,” said Helen Smith Price, president of the Coca-Cola Foundation. “This is the peace city – rounded out by Dr. King and President Carter and others.”