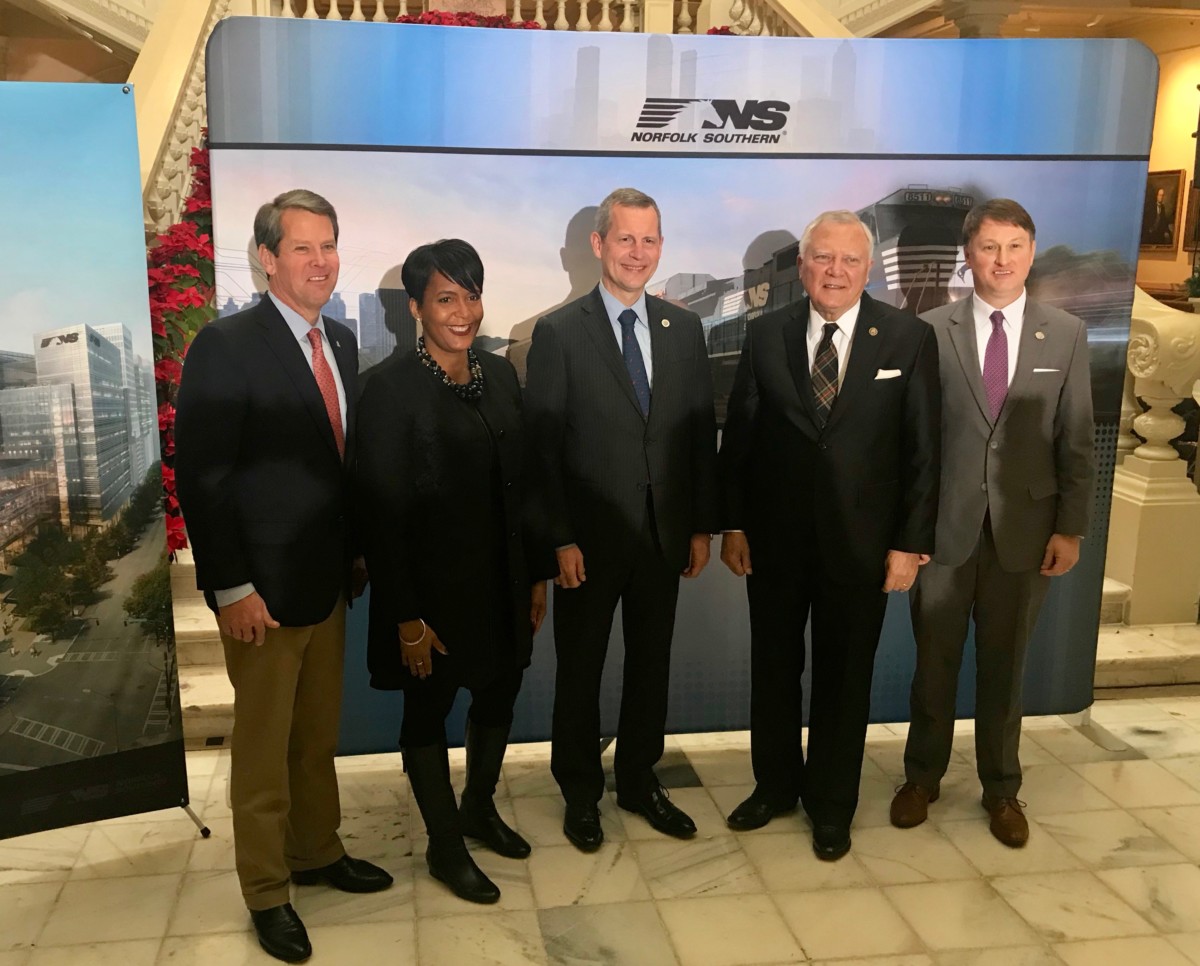 The railroad company officially announced it is moving its corporate headquarters from Norfolk, Va. to Atlanta – a process that will take a couple of years to complete.

The announcement was made by Gov. Nathan Deal and Atlanta Mayor Keisha Lance Bottoms at a press conference inside the State Capitol. 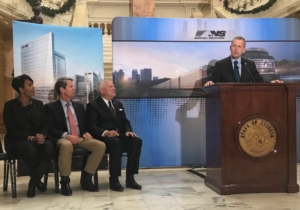 “This relocation was made possible, in part, by the passing of the Gulch deal and is a reminder that great things happen when our public and private sectors work together,” Bottoms said in a news release.

In a telephone interview, Norfolk Southern Chairman and CEO Jim Squires spoke about the ups and downs of the relocation decision – one that involved selling its property in the downtown Gulch to the CIM real estate company – a contentious project that needed financial approval from the Atlanta City Council.

“It’s been a long time coming,” Squires said. “We have been working on this for nine months – the catalyst being the opportunity to sell our property in the Gulch.”

Squires said the company sold the property to the CIM group “within the last few days,” but he didn’t disclose the price. 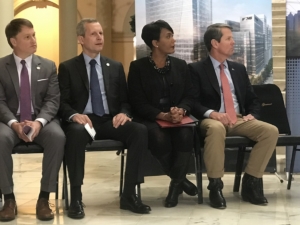 In addition to selling its property in the Gulch, Norfolk Southern needed to secure an investment package from both the city of Atlanta and the state of Georgia.

The last piece was finding the right location and development partner for its new headquarters.

“We are in advanced discussions to acquire the site at 650 West Peachtree to commence construction at some point next year,” Squires said. “That’s moving along.” 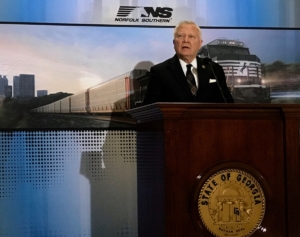 Norfolk Southern is partnering with Cousins Properties Inc. (NYSE: CUZ) on the development of the corporate headquarters. Details of that engagement are expected during the first quarter of 2019.

Squires said the reason to relocate the headquarters was to foster teamwork and to have better alignment among its employees. By being together in one city and one building, Squires said that would create a more collaborative culture.

The railroad is still working on details on the development schedule and whether it will continue to operate in the David Goode building once its headquarters campus opens in 2021. Squires said those decisions should be completed in the first quarter of 2019.

The new headquarters will have all the amenities of a “modern urban campus” with a daycare center and dining facilities. 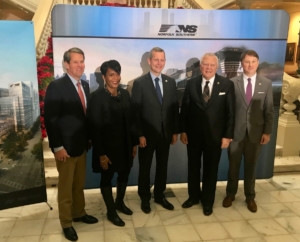 “It is a culture change,” Squires said, in reference to the move to a more urban community. High on its list was to find a site that was close to public transportation. The site on West Peachtree and 3rd streets is within a block of MARTA’s North Avenue Station.

“A large number of our employees already take MARTA,” Squires said. When asked why the company is proposing to have 2,000 parking spaces as part of the campus given its proximity to MARTA, Squires said the goal was to provide various transportation options for its employees. 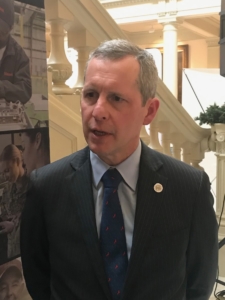 Being close to Georgia Tech as well as Emory University and Georgia State University also factored into Norfolk Southern’s decision. Squires said it recruits many of its employees from those universities.

Norfolk Southern intends to continue being a good corporate citizen in Atlanta and throughout its network, including Norfolk.

“We will continue to do that in Atlanta,” he said. “I fully expect our employees to be engaged in nonprofit work in Atlanta as they are doing in Norfolk.”

Squires, who had a town hall meeting Wednesday morning with the railroad’s Norfolk employees, joined Gov. Deal and Mayor Bottoms at the press conference in Atlanta.

“It has been a complicated transaction with various conditions,” Squires said of the multiple hurdles the railroad faced in moving its headquarters. “The immediate catalyst for the headquarters relocation was the opportunity sell our property in the Gulch. We look forward to making Atlanta our corporate home.”