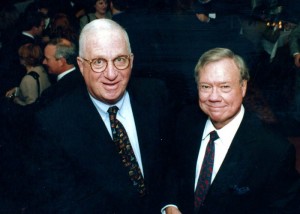 Brown said he did not yet have any details on about the funeral or service arrangements, but he did share a statement from Cohn & Wolfe about the passing of the co-founder.

“Norman Wolfe, co-founder of global communications firm Cohn & Wolfe, passed away on Wednesday, June 4.  Norm founded Cohn & Wolfe with Bob Cohn in Atlanta in 1970, after a career in journalism where he became Executive Editor of the Orlando Sentinel,” the Cohn & Wolfe statement said.

“His passion was public affairs and he directed the crisis communications efforts for Cohn & Wolfe.  Bob and Norm sold Cohn & Wolfe to Y&R in 1984 and led the agency as an independent network with a distinct identity.  Norm retired from his position as Vice Chairman of Cohn & Wolfe in 1992 and continued to provide counsel on a number of clients for a number of years,” the statement continued. 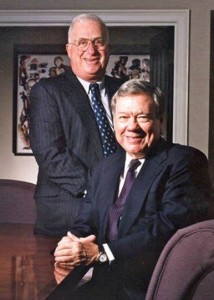 “We were very saddened to hear of the passing of Norman Wolfe,” she wrote.  “In 1970, Norm founded Cohn & Wolfe, along with  Bob Cohn, and had the foresight and determination to imagine a public relations agency unlike any other. Norm was a true visionary, baking branding and creativity into the DNA of the agency from the very start.  He and Bob created a powerful consumer marketing agency that grew from Atlanta to New York and then went on to become a global leader.  Our condolences go out to his family and friends during this difficult time.”

Brown shared some other accomplishments that Wolfe and his team had made over the years:

·         Wolfe worked behind the scenes on some of Atlanta’s biggest public projects including the fourth runway at Hartsfield International Airport; the widening of the city’s major interstates; the long struggle to build Georgia 400; and ‘Get Gwinnett Wet’ in support of Gwinnett County;

·         The agency, under the leadership of both co-founders, did a lot of Olympics work from the start and had a strong sports marketing practice from the early days.  Major Olympics work including a campaign for Coca-Cola in 1980 at Lake Placid;