Now is not the time to play politics with homeland security

Our divided Congress has once again found a new way to sink its already abysmally low approval ratings. The latest stunt: the possible shutdown of the U.S. Department of Homeland Security.

Before the month’s end, Congress must pass an appropriations bill to prevent non-essential DHS staff from going home without pay. Secret Service, Border Patrol, active-duty Coast Guard members and other essential staffers will be required to work — without pay. Also trapped in the defunding web is more than 75 percent of the Federal Emergency Management Agency.

In an interview on Fox News Sunday, House Speaker John Boehner emphatically stated the U.S. House has passed its appropriations bill. Next up to bat is the U.S. Senate.

So, why hasn’t the Senate voted on the funding bill?

The Republican-controlled House attached five lightning rod riders to the legislation aimed to defund and block the immigration policies President Barack Obama announced in November. Essentially the bill is a non-starter. Partisanship aside, it kicks the funding can down the road until September — hardly legislation to be proud of. 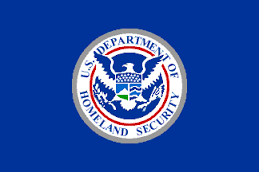 Logo for the U.S. Department of Homeland Security

Senate Democrats have employed the filibuster, an age-old tool that in recent years has been oft-wielded by both parties. Meanwhile, Senate Majority Leader Mitch McConnell has both blamed the Democrats while conceding the bill needs to go back to the U.S. House. Boehner has repeatedly called on the Senate to do its job.

And so, the back and forth goes. Democrats versus Republicans. The Senate versus the House.

Stuck in the middle is the Department of Homeland Security, a department with a storied history of turnovers and low employee morale. To make matters worse, the Government Accountability Office recently identified the department as high-risk.

On its blog, the Homeland Security Policy Institute (HSPI) at the George Washington University points out: “Unfortunately, the Department’s management challenges are exacerbated by three months of Senate inaction on the President’s nominee to be Under Secretary for Management at DHS, Russell Deyo. Thus, it has now been three months since he was first reported to the floor, but for some reason his nomination remains in limbo. By all accounts, Deyo has an impressive record and strong bipartisan support, and is deserving of confirmation.”

Shouldn’t the confirmation of Deyo be a more appropriate and necessary rider to the DHS funding bill?

The U. S. Congress, incapable of long-term funding of the department in charge of securing the border and keeping the leader of the free world safe, clearly has not read the seemingly non-stop coverage of terrorist attacks around the globe either sponsored or inspired by the Islamic State of Iraq and the Levant.

Now is hardly the time to risk turning our back on national security, if even for a few days.

Rather than gleefully and stubbornly move towards an agency shutdown, Congress should decouple the immigration language, pass the DHS funding bill and introduce the five immigration amendments as separate legislation.