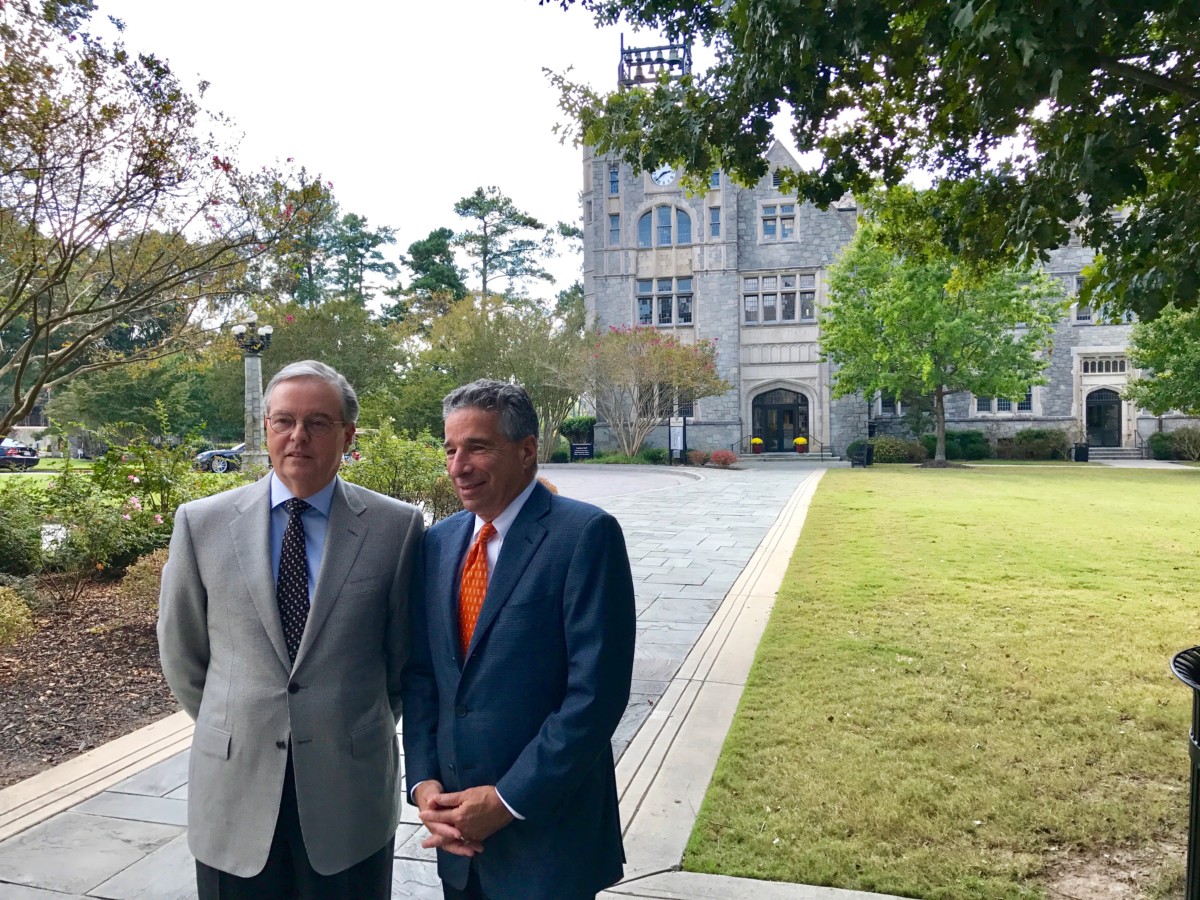 Oglethorpe University will receive a $50 million gift from alumnus Bill Hammack to establish a business school. 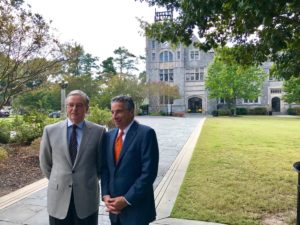 The gift will go towards funding a search of the new dean and paying for the dean’s compensation. Hammack will contribute money each year to endow the school and offer student scholarships. The $50 million gift will be a combination of the gifts Hammack will make in his lifetime as well as his planned giving.

He knew he wanted to make a transformative gift to Oglethorpe when he started working on his will.

Oglethorpe President Lawrence Schall said Hammack had been “pretty disconnected” from the university other than making an annual alumni gift.

“About five or six years ago, I asked if I could come see him. He attributed a lot of success to Oglethorpe,” Schall said.

Since then, Schall made a point of visiting with Hammack two or three times a year – never asking for money, but almost always receiving a significant annual giving check from Hammack.

“A couple of years ago, he let us know that he put us in his estate planning,” Schall said. “At one point he talked about a $25 million gift, and I fell off my chair. And he came back a month or so later and said he would give $50 million. I fell off my chair again.”

Hammack graduated from Oglethorpe in 1973 as a business major. Two years earlier, he had joined C.W. MatthewsContracting Co., where he worked until 2014 when he retired as its president and chief operating officer. He continues to serve on C.W. Matthews’ board.

“This is a great chapter in my life’s work,” Hammack said in an interview Sept. 26 in the president’s office at Oglethorpe University, a relatively small liberal arts college. “I feel really good about what the school will do for the students. They’ll leave here with a broader perspective of the world. The term you hear now is emotional intelligence – people being able to deal with life’s conflicts.”

Hammack knows some of those conflicts.

“I didn’t come from a family of wealth,” Hammack said. “I knew if I had to go to college, I would have to pay for it myself.” 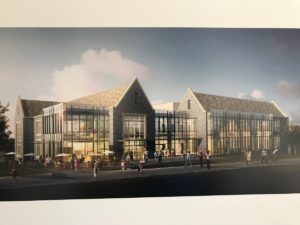 At the time, computers were being introduced to the business world, and there was a great demand for computer programmers. So Hammack went to computer school for nine months. He worked at a company on the midnight shift so he could attend Oglethorpe during the day and evening.

“I was paying my own way,” he said. “I was convinced I wanted to go to a liberal arts school regardless of my major.”

He majored in accounting, and in 1971, a CPA friend told him of an opportunity with C.W. Matthews, which had gotten its first computer.

“After two interviews, I took the job and started sleeping like normal people,” Hammack said. “I was their first professional accountant. Bob Matthews said we need somebody to take us into the computer age.”

Bob Matthews, the son of the company’s founder, was running the company. “Bob and I worked together my entire career,” Hammack said.

After six or seven months working at the company, Hammack said the founder – C.W. Matthews – came into his office, sat down and said, “I think you’ll be a real asset. We want to pay for the rest of your education.”

Now Hammack wants to return that generosity by offering an education to other students – especially those who are the first in their families to go to college.

When asked what Oglethorpe meant to him, Hammack spoke about his second home on the South Carolina coast. When he goes there, he feels he can relax.

“I feel like that when I am at Oglethorpe,” Hammack said. “It’s like a sanctuary. I really like the liberal arts part of the education, the exposure to literature and music appreciation.”

Hammack is a relatively unknown leader outside the road construction world. But both he and C.W. Matthews, which was founded in 1946, have had close ties to nearly every governor in Georgia over the past five decades.

C.W. Matthews helped build nearly every highway in metro Atlanta and many throughout the state. It recently gained notoriety when it led the rebuilding effort of Interstate 85 earlier this year when a section collapsed because of a fire. 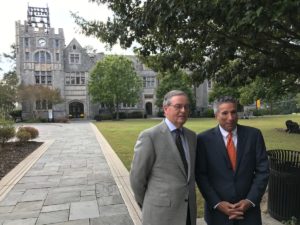 Although he is still on C.W. Matthews’ board, Hammack said he couldn’t take credit for the company’s work on the I-85 rebuild, a project that finished weeks before its scheduled completion.

“What I can take credit for is mentoring the management team that rebuilt the bridge,” Hammack said humbly.

But when asked about some of his favorite projects over the years, Hammack mentioned the building of the fifth runway at Hartsfield-Jackson Atlanta International Airport, the 17th Street bridge to Atlantic Station, and the I-85 / Georgia 316 interchange.

“I was always challenged,” Hammack said of his career. “It is highly unusual to have a non-family member as the president of a family-owned company.”

For Oglethorpe, the gift will solidify and magnify the transformation that the university has experienced since Schall became president in June 2005.

“In 2007-2008, people wondered if we would survive, and for good reason,” Schall said. “Our enrollment had been shrinking. Operating a small liberal arts college is hard today.”

Since then, the endowment has grown from $13 million in 2008 to $33.5 million today. Enrollment also has increased by 48.5 percent, and now stands at 1,250. The university completed a $50.2 million campaign in 2015, surpassing its goal two years early. Its current campaign of $20 million is underway, and it has raised $12.5 million toward its goal with several requests pending before major foundations.

“People are more willing to be philanthropic when things are going well,” said Schall, who clearly is enjoying his tenure at Oglethorpe. “This is about as fun as it gets. It’s nice to see a team’s hard work pay off.”