OnBoard finds continued progress of women at Georgia’s public companies

A year ago, no public company in Georgia had as many women as men on their board. Today, four companies have reached or exceeded gender parity.

That’s only one of the significant findings in OnBoard’s 2022 Annual Study of women in the board room or executive offices of Georgia’s public companies. Of note, OnBoard has been researching and chronicling the representation of women at Georgia companies for 30 years.

OnBoard will hold its annual Lettie Pate Whitehead Evans Awards Dinner on Nov. 3 at the Delta Flight Museum. Kathy Waller, former CFO of the Coca-Cola Co. and a director of Delta Air Lines, will receive the prestigious award. 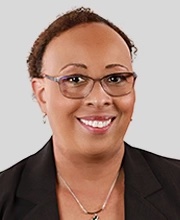 Perhaps no board is more striking than Intercontinental Exchange (ICE), under the leadership of founder Jeffrey Sprecher, chair and CEO of the company.

“I don’t know of any Fortune 500 company in the country with a male CEO that has stronger gender representation on their board; we are now at 60 percent,” said Duriya Farooqui, who was the second woman to join the ICE board in 2017. By the way, Farooqui received the Lettie Pate Whitehead Evans Award in 2021.

Farooqui also pointed to the New York Stock Exchange, which is owned by ICE. 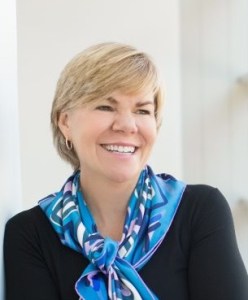 “So that’s the next goal. How long will it take for all these companies that have women on their boards to achieve parity?”

OnBoard and other similar organizations around the country call it the “Power of Three.”

Something changes when there are at least three women around the board table and especially when there’s parity.
“The dynamics change when you are no longer a minority,” Farooqui said. “Your perspective is not underrated or overrated. It does change the conversation in the room.” 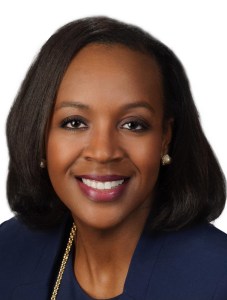 In contrast, there are 17 of Georgia’s 126 public companies without any women on their boards.

Robinson agreed. “We want to help them find women who can serve on their boards,” she said. “We have heard from executives who have told us they did not realize the talent that’s available for women directors.”

The trends are definitely improving. An important statistic is the “fill rate,” the percentage of new board appointments that are filled by women.

Of the 99 new board appointments in the past year, the annual study found that 40.4 percent were filled by women. To compare, 23.6 percent (246) of the 1,043 directors of Georgia companies are women.

Another area of improvement — though less dramatic — is the number of women of color on the boards of Georgia’s public companies.

“There are 55 women of color board seats, which is 5 percent of the total board seats in Georgia,” said Rona Wells, who compiles and coordinates the annual OnBoard study. Still, only 41 of Georgia’s 126 public companies have a woman of color on their boards.

The most inclusive boards tend to be the larger public companies, especially those in the Fortune 500.

“Having women on a board does add to the momentum. It expands the network,” said Farooqui, who also credited the leadership Sprecher at ICE. “I have found Jeff to be someone who really leans in and believes in the potential of people. Having a supportive leader is important. It takes intention.”

Perry said OnBoard also has played a role in the growing diversity of Georgia’s public company boards and executive suites.

“Through our annual study, OnBoard actually measures the success of our mission,” said Perry, who has been impressed with the caliber of women involved in the organization. “We are giving back by preparing women for board service through training and our network. It’s tangible.”

Previous Article
How a gun-ban debate is also challenging Rivian, property taxes and other uses of public land
Next Article
Abrams and Kemp last meeting airs as early voting roars on